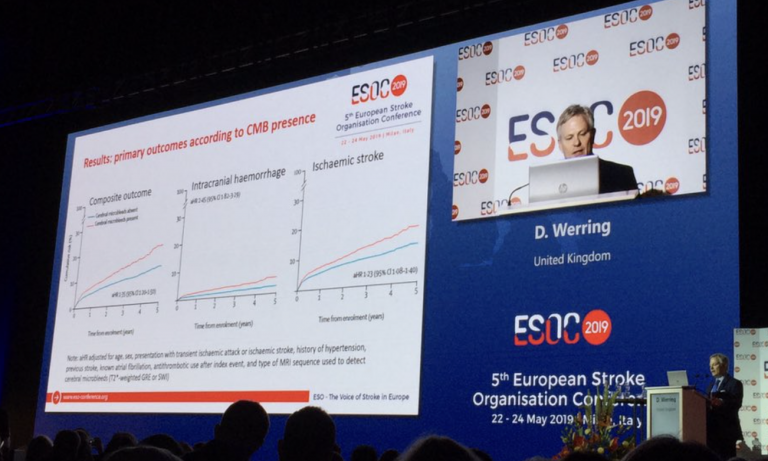 Microbleeds are a common cause of anxiety for doctors and patients. Prior to this study it wasn’t known whether taking these drugs would increase the risk of brain bleeding than recurrent ischaemic stroke in people treated with anti-thrombotic drugs.

The study, recently published in the Lancet Neurology, and was funded by The British Heart Foundation and The Stroke Association.

Dr Kate Holmes, Assistant Director of Research at the Stroke Association, said: “When stroke strikes, part of your brain shuts down. When stroke is caused by a clot in the brain (ischaemic), blood thinning treatments called anti-thrombotics are often used to prevent further strokes. These are very effective in most cases. However, some people after a stroke also have small areas of bleeding in the brain (microbleeds). There have previously been concerns that these patients who use blood thinning treatments may increase their risk of a serious bleed in the brain.

“The results of this new study suggest that doctors can prescribe anti-thrombotic or blood thinning medication to stroke survivors without the worry that they may be at greater risk of serious bleeding in the brain (haemorrhagic stroke).”

The study’s lead author, Professor David Werring, UCL Queen Square Institute of Neurology, said: “We found that although the risk of brain haemorrhage increased with an increasing number of microbleeds, the risk of ischaemic stroke was always higher, regardless of how many microbleeds were present.

“This suggests that people should not withhold anti-thrombotic drugs based on microbleeds and provides some reassurance for doctors to continue to prescribe these drugs after an ischaemic stroke or TIA, even for those patients with cerebral microbleeds, because these patients still have a much lower risk of brain haemorrhage than of another ischaemic stroke.”

These findings were from an analysis of a large amount of international data (a total of over 20,000 people with ischaemic stroke), so are relevant for clinical practice worldwide.