The award was presented to Dr Rickie Patani, from the Francis Crick Institute and UCL Queen Square Institute of Neurology, for a paper describing the use of patient-derived stem cells to study motor neuron disease. 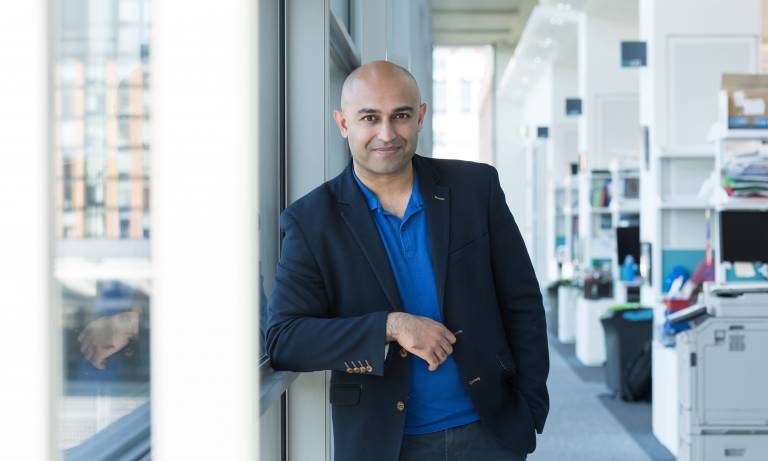 Motor neuron disease, also known as amyotrophic lateral sclerosis (ALS), affects around 5,000 adults a year in the UK and is characterised by the degeneration of motor neurons in the brain and spinal cord.

Previous research into ALS has relied on the use of animal models, particularly mice. While this research has been important for understanding the disease biology, the models are often poorly characterised, do not recapitulate the sporadic form of the disease, and the disease phenotype can differ between mice and humans.

The paper - recognised with the annual £30k prize, awarded by the NC3Rs (National Centre for the Replacement, Refinement and Reduction of Animals in Research) and sponsored by GSK and published in Cell Reports - describes the results of a decade-long multidisciplinary collaboration between seven institutions.

The team used induced pluripotent stem cells (iPSCs) sources from ALS patients to generate mature spinal cord motor neurons and astrocytes. The ALS iPSCs have a number of scientific benefits over the mouse models, which importantly include the ability to reflect the genetic heterogeneity of patients, investigate sporadic forms of the disease (which represent 90% of cases), and allow early molecular events to be studied.

The robust iPSC differentiation protocols developed by the team have already enabled three groups in the UK to shift some of their research from animal models.

Dr Rickie Patani said: “I am honoured and grateful to receive this award for our efforts to develop human induced pluripotent stem cell models of neurodegeneration. A decade after this work was started, I’m delighted to see that our models are now being widely adopted across several laboratories at UCL Queen Square Institute of Neurology, The Francis Crick Institute and beyond.”

“Crucially, this model will serve to reduce, and in some cases replace, the use of animal models. The overarching vision of my research group is to use these motor neuron and astrocyte models to understand how abnormal RNA transcript structure leads to deregulation of key proteins, and how this in turn causes ALS,” said Dr Patani.