Brain Sciences Professors David Shanks and Pasco Fearon are among 63 editors and open science advocates who have developed a consensus-based Transparency Checklist for the social and behavioural sciences, newly published in Nature Human Behaviour. 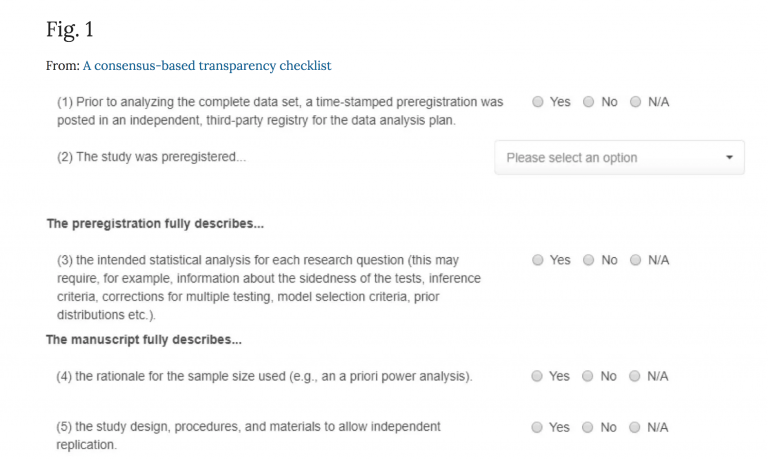 UCL defines research transparency as making sure that research is responsible, reproducible, open and evidence-based. The Transparency Checklist has been developed to help researchers explicitly indicate the steps they have taken to achieve transparency when conducting and reporting their findings, following similar initiatives in medicine and other fields. It will also help reviewers, editors and readers assess the quality of the research.

The consensus was achieved using the Delphi method, widely regarded as the most effective method by which a group of experts with divergent opinions can reach common agreement. Over several rounds, the experts iteratively and anonymously modified items on the Checklist until a sufficiently high level of acceptability was reached. The final list includes 36 items covering preregistration, methods, analysis, and the availability of data and materials.

The process for constructing the Checklist was itself preregistered, and all data collected during the Delphi process are publicly available.

According to the Nature Human Behaviour article, the Checklist is of significance to social and behavioural studies because many scientists in the field have expressed a lack of confidence in past findings. Boosting transparency is widely recognised as a crucial step towards improving research quality and reproducibility.

The Checklist has been made into an online inventory which can be published or posted to a public repository alongside a journal research report.

Prof  Shanks said: “The Checklist was constructed by an extremely rigorous process and hence should command widespread support amongst researchers. As it becomes more and more widely adopted, it will make a significant contribution to improving research transparency and credibility.”