Messengers: Who We Listen To, Who We Don't, and Why

When deciding whether or not someone is worth listening to, we think we carefully weigh their words and arguments. But those are far from being the only factors that hold sway with us, according to psychologists Stephen Martin and Joseph Marks. 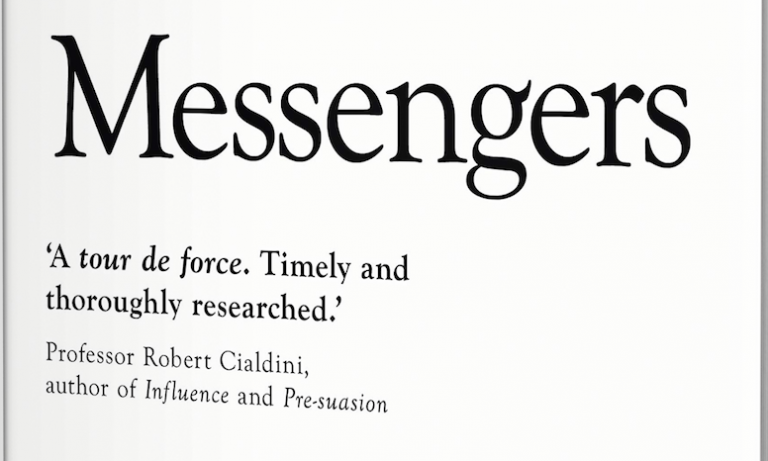 In their new book Messengers: Who We Listen To, Who We Don’t, and Why, Stephen Martin and Joseph Marks pinpoint the eight powerful traits that determine who gets heard and who gets ignored.

“In recent years it has become abundantly clear that people do not always listen to others based on the accuracy and wisdom of their ideas, opinions and proposals but rather listen to, believe and follow certain types of messengers,” said Joseph Marks, doctoral researcher at UCL Psychology and Language Sciences.

“With the election of Donald Trump, the surprising result in the Brexit referendum, and the abundance of ‘fake news’ and misinformation on social media, it seemed hugely important to better understand why people so frequently rely on their judgements about the messengers who are communicating information, rather than the content of the information itself.”

The book shows how such apparently irrelevant details such as a person’s appearance or their financial status influence our response to what they have to say, regardless of its wisdom or foolishness. It explains how trust is won, even when it may not be deserved, and analyses the verbal and physical cues that are signalled by the charismatic speaker, the warm friend and the dominant leader.

“We try to answer the question of why some people seem inherently credible and others less so, irrespective of what they are saying. What is it about Donald Trump and Boris Johnson, for example, that mean they can hawk misinformation and flagrant lies yet still remain hugely popular and influential with some demographics? Why do people listen to friends and celebrities who spread rumours about vaccines, even though there is such strong consensus among experts and health officials who clearly know much more about the topic?”

Above all, Martin and Marks show how looking and sounding right is often far more persuasive than actually being right. In a world of ambiguity, uncertainty and fake news they compellingly demonstrate how, increasingly, the Messenger is the Message.

UCL will be hosting a book launch on 30th September hosted by Dr Dimitrios Tsivrikos. More information can be found on Eventbrite.