A research team led by Professor Sebastian Brandner, UCL Queen Square Institute of Neurology, has discovered that two types of gliomas may be treated with drugs causing cell stress. 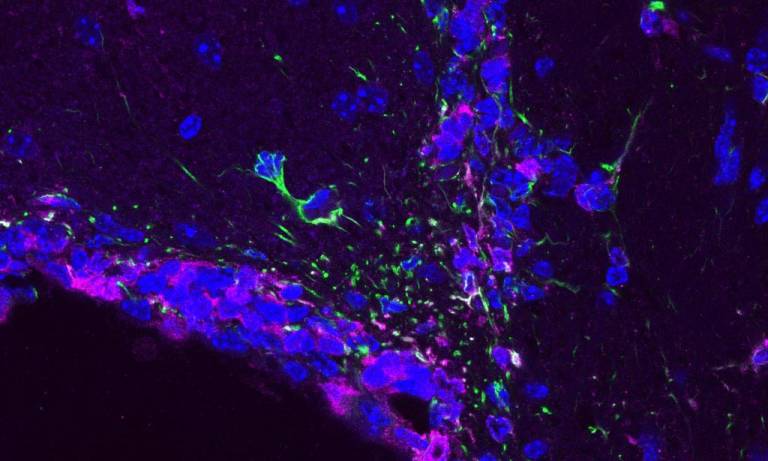 The team looked at a subtype of gliomas – tumours in the brain which can grow slowly (low-grade) or fast (high-grade) – with a mutation in the isocitrate dehydrogenase (IDH) genes, common in brain tumours of young adults.

Professor Sebastian Brandner said: “We have for the first time identified a mechanism by which a drug causing cellular stress selectively kills tumour cells. We are now working on methods to deliver this drug into tumour cells without causing side effects.”

The study, published in the journal Cancer Research, shows by using an experimental model to compare tumours with and without this mutation they found that microRNAs (small molecules containing parts of genetic code, also known as nucleic acids) showed high levels of the mircoRNA-183 in IDH mutant tumours.

“We then discovered that we could give drugs which enhances this cellular stress and leads to tumour cell death in IDH mutant tumours. This was a surprising finding, and it opens up possibilities for treating these tumours with certain types of drugs,” said Professor Brandner.

“This study will now be taken further to design nanoparticles that carry similar molecules and chemicals including endoplasmic reticulum (ER) stress, to enter tumour cells, with the aim of developing a therapy of this type of tumour.”