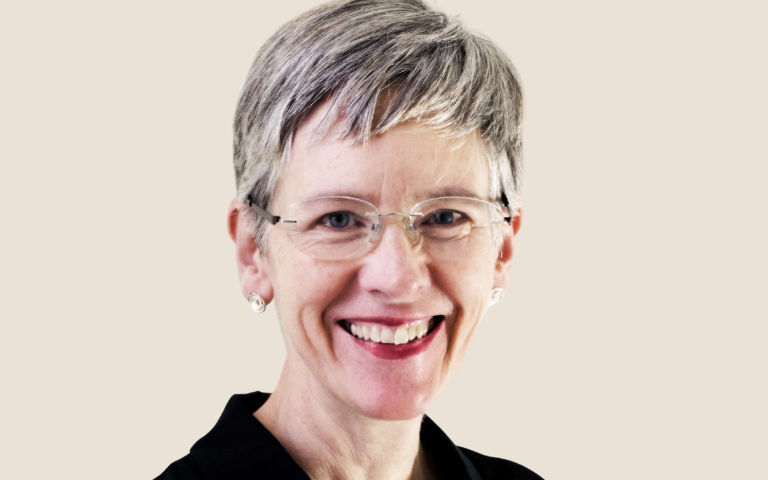 To mark International Day of Women and Girls in Science and International Women's Day, we caught up with Kate to ask her about her research, her role models and her goals for the future.

Can you tell us about your interest in behavioural neuroscience, with a focus on the “cognitive map”, and why you think this is an important area to study?

I stumbled onto the “cognitive map” concept by chance when I was a young medical graduate looking to go into research, and being fascinated by the question of how the brain makes the mind. I joined a nearby lab that was working on a brain structure called the hippocampus, known to be important in memory. At that time the work of John O’Keefe was just coming into recognition, with his idea, developed with Lynn Nadel in the 1970s, that the memory function of the hippocampus is founded on a representation of space, reflected in the activity of neurons called place cells. They called this representation a “cognitive map” and suggested that it underlies the ability of animals to navigate, but also forms the scaffolding for memory for life events. I eventually found my way into O’Keefe’s lab to study these neurons directly, and have continued to do this ever since, setting up my own lab in 1999.

It’s an important question because the internal map of space is a type of cognition – thought – and understanding it gives us insights into that exact question that fascinates me, about the brain making the mind and how that happens. It is also a somewhat  tractable question because we know what space is, mathematically, and know what types of information the brain needs to determine its location in space, so that gives us a handle on what to look for – and we are finding it, but not always in the form we might have expected!

Can you tell us about what you are working on at the moment in this particular area?

Over the years I have become interested in how the brain maps complex, structured space, and have been working with structured environments of different kinds (three-dimensional, multi-compartmented etc). This had led to an interest in the human mental map of structured space, and from there to architecture. So at present I am trying to link my research programme, in rodents, to the understanding of built spaces in the real world, via collaborations with the Bartlett and other architects. This also links to a growing interest I have in the environment, and our fundamental connection to it (and the way that is under threat right now).

Can you tell us about a piece of research that you are particularly proud of?

I’ve been fortunate to work with really smart people and so I’m proud of all of my research in various different ways. I’m not sure I would single out anything in particular, but in general what I am proud of is maintaining links between what is going on at the single neuron level and what this means for what an animal “thinks” and “knows”, based on a combination of its intrinsic wiring and experience. I think this more ethological/psychological approach is less common in the field, which tends to focus more on mechanisms. This has been facilitated by being in a psychology department which gives me a more functional viewpoint than I would get if I was in, say, cell biology.

You founded the UCL Institute of Behavioural Neuroscience back in 2006. Can you tell us more about how that came about?

This came about when I had one of my very first admin jobs as a new lecturer, which was to be on a committee looking at how UCL should spend its infrastructure funds. Prompted by John O’Keefe, I developed a proposal for a behavioural neuroscience unit, linking neurobiology and psychology. I proudly presented my proposal to the committee who immediately shot it down in flames – one of my most humiliating-ever moments, work-wise. However the document found its way into the hands of the then-Provost who sent it around with a note saying “This seems like a good idea” so I developed the plan and inserted my application into the system. It rose fairly quickly to become a priority, eventually winning £3m to extend the psychology animal labs. I grandly named this new unit (which houses five research groups) the Institute of Behavioural Neuroscience (IBN) and it has happily existed in psychology ever since, thanks to the generous support of the psychology leadership and the faculty.

This type of micro-institute seems to work really well, provided everyone gets along (which we do), and it is great for PhD students and postdocs to be part of a slightly larger community than they would find in a single lab. We have joint journal club meetings (or at least used to, in pre-pandemic times – hopefully we will again!) and regular social events, including an annual “away-day” in which we gather to talk about the practice (as opposed to the content) of science. We also do a lot of equipment- and resource-sharing. It’s a wonderful community and we get great feedback from students and postdocs about it.

That’s a hard one. I guess the main one is always remember you are as good as any man. If you can’t see it it’s because you can only see, in yourself, the things you are missing – you don’t see the qualities you have that others don’t have. In a similar vein, never turn down an invitation on the grounds that you aren’t qualified or senior enough or good enough. Just wing it – you’ll find that that is what everyone else is doing too. And finally, say “yes” to everything you can. Most people would regard that as bad advice but I’ve found that biting off more than you think you can comfortably chew is actually a really good way to galvanise and stimulate your work, and it takes you to places you might not have thought to go otherwise.

Do you have any advice for young girls interested in studying STEM subjects, particularly those nearing the end of their time at school who may be considering their next steps?

My advice would be: carry on! STEM careers are very interesting and they feel worthwhile. We have big problems to solve right now, as a species, and we really need a diverse input into finding solutions. Women and men have different interests and we need to make sure that women’s interests are fully represented in the machinery of industrial civilisation. Plus, STEM careers are relatively well paid and have good career development.

That said, some STEM fields – I’m thinking of physics and engineering, which two of my daughters have studied – are still very male-dominated and that can be quite lonely. So it’s useful to find networks so that as a minority, you still have support from other people like yourself. If you can’t find one then create one. But at the same time, don’t become siloed in your network – the differences between people tend to break down when you are working on problems of mutual interest and eventually I think you stop noticing them (or at least that’s what I’ve found).

In your opinion, what are the top skills needed to succeed as a scientific researcher?

Patience! And luck. Also curiosity, the ability to abandon cherished beliefs, the ability to tolerate criticism, the ability to work with a team. I think you also need to be good at science in some way or another – being creative, having a prodigious memory, being good at reasoning, or technically skilled, or something. Being good at writing is also useful. However, most deficits can be counteracted by hiring good people and collaborating.

All that said, I also think that we are in the process of re-defining “success.” The old model, in which you are a success if you run your own lab and become a professor or whatever, and a failure if you don’t, is having to be abandoned. This is due to the realisation that the vast majority of extremely talented scientists do leave the academic nest to make their way in the wider world, where they potentially can have a bigger effect. The younger generation are, quite rightly, refusing to consider this a “failure.” And even people who leave science altogether often take the knowledge and skills they developed during their studies and use it for something else, so the idea that any scientist has “failed” really doesn’t make much sense any more.

Do you have any goals that you would like to accomplish this year?

I am currently trying to convince UCL that we need to take the climate crisis much more seriously than we have been (by “we” I don’t mean just UCL, but it’s a good place to start). So pushing this issue up the agenda in the new management structure would count as a win for me.

Who is someone that you admire, and why?

While we’re on climate: Greta Thunberg, who has an immense amount of courage and has been tremendously influential at an extremely young age.

What is your favourite thing to do in your spare time?

Before Covid I used to spend a lot of time on the weekends making kiln-formed glass, for fun. For some reason my urge to be creative has dissipated over the pandemic: I think because of the emotional flatness of mostly working from home and too much Zoom. I hope it will come back. Meanwhile, I have been watching a lot of Netflix with my husband and have developed a fondness for K-drama (starting with Squid Game, of course!). I’ve also been playing with Virtual Reality, which can absorb quite a few hours without my noticing. That’s bordering on work, but I think work and play often bleed into each other in science.

Professor Kate Jeffery spent her postdoc years with John O’Keefe at University College London, learning to study spatially sensitive neurons at the single-cell level, after which she took up a lectureship in the Division of Psychology, where she currently studies how neural encoding is related to navigation behaviour.

In 2006, she founded the Institute of Behavioural Neuroscience, a laboratory comprising several animal researchers who use physiological methods to study cognition.