PLOS Genetics, a peer-reviewed open access scientific journal established in 2005 and published by the Public Library of Science, has highly recognized a paper by the Andrés Group at the Division of Biosciences, UCL Genetics Institute. 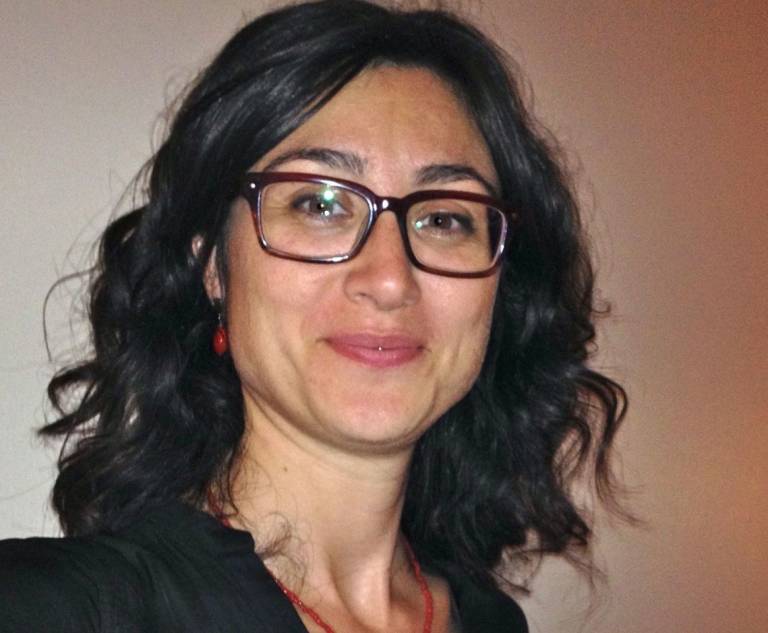 The paper, entitled 'Human local adaptation of the TRPM8 cold receptor along a latitudinal cline', was supervised by Aida Andrés with important contributions from Joshua Schmidt, both UCL members. The paper was led by Felix Key (a previous member of the Andrés group), and the list of collaborators includes Muslihudeen Abdul-Aziz, Roger Mundry, Benjamin Peter, Aarthi Sekar, Mauro D’Amato, and Megan Dennis.

Aida Andrés said of the acknowledgement:

“This project was a wonderful team effort. We learned a lot and had fun while working on it, and now we are delighted by this recognition.
Link to the announcement: https://www.plos.org/genetics-research-prize/

Temperature is a critical environmental factor for every living organism, and its imminent global rise affects all species. Understanding the bases for climate adaptation is thus both important and urgent.

This paper investigated genetic adaptation to ambient temperature in humans –which quickly colonised territories from central Africa to northern Eurasia– focusing on the best characterized cold receptor, TRPM8. The authors show strong evidence of positive selection in a latitudinal cline, with stronger selection at higher latitudes and lower ambient temperatures. Selection generated large allele frequency differences across populations in an allele likely involved in cold sensation and that, incidentally, is associated with increased risk of migraine.

This study has quickly become a prime example of genetic adaptation of humans to their diverse local environments. The PLoS Genetics editors considered this work particularly important given the increasing challenges of global climate change, and particularly novel given its citations in its first year of life, that it has over 13,000 page views and downloads, and that it was covered and shared extensively by social media and news outlets. 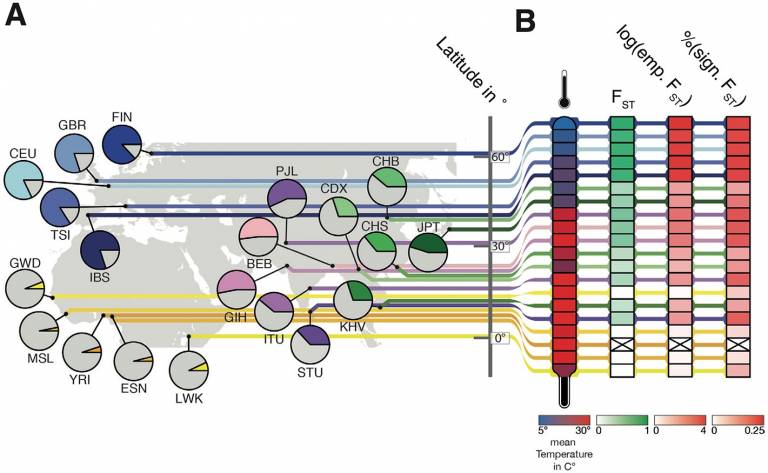