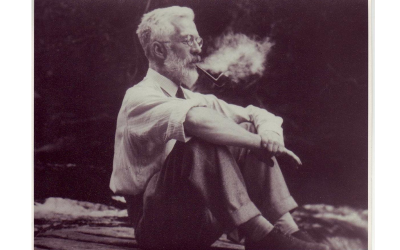 Ronald Aylmer Fisher was born in East Finchley, London on 17 February 1890. He studied mathematics in Cambridge, graduating in 1912 with a first. His interests in both statistics and evolution developed during this time. He envisaged a resolution to the controversy between the Biometricians (Francis Galton, Karl Pearson, and W.F.R. Weldon in London) and the Mendelians (William Bateson in Cambridge), which came to dominate evolutionary thinking after the rediscovery of Mendel’s work on heredity in 1900. Fisher published his first paper (1912) while still an undergraduate student, which introduced the method of maximum likelihood, although the term “likelihood” was not coined by him until later.

During the seven years after graduation Fisher had several jobs, including teaching in schools.  His poor eyesight prevented him from service in WWI. His 1915 paper “Frequency distribution of the values of the correlation coefficient in samples from an indefinitely large population” established the distribution of the correlation coefficient, emphasizing the importance of small samples. His 1918 paper “The Correlation between relatives on the supposition of Mendelian inheritance” reconciled Pearson’s biometric results with Mendelian particulate heredity.

In 1919 Fisher took up a job in Rothamsted Experimental Station. There he continued his genetic research to integrate Mendelian heredity with Darwin’s theory of natural selection, culminating in “Genetical Theory of Natural Selection” (1930). In statistics, Fisher laid the foundation of statistical inference, invented experimental design, randomization, ANOVA, etc.  The first edition of “Statistical Methods for Research Workers” appeared in 1925. Many editions of this classic followed, including a posthumous 14th edition in 1970.

In 1933 Fisher succeeded Karl Pearson as Galton Professor of Eugenics and head of the Galton Laboratory at UCL. Pearson’s statistical laboratory became the Department of Applied Statistics, headed by Karl Pearson’s son, Egon S. Pearson.  The animosity between Fisher and Jerzy Neyman created friction between the two departments, which were in the same building. “Design of Experiments” appeared in 1935, followed by many editions and translations. In 1943 Fisher returned to Cambridge as Arthur Balfour Professor of Genetics and the head of Department of Genetics. 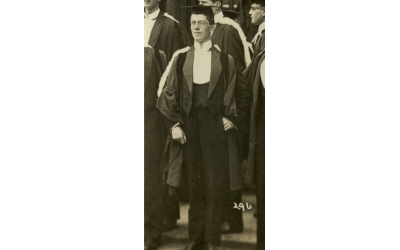 His “Statistical Methods and Scientific Inference” appeared in 1956. He retired officially from Cambridge in 1957 but stayed there until 1959. He spent his last three years in Adelaide and died in 1962.

Fisher’s contributions to statistics and to evolution/genetics are so massive and ground-breaking that it is hard for scientists in one field to imagine how he did anything substantial in the other.  In statistics, most of what is commonly taught in a standard statistics or biostatistics course is due to Fisher, including significance test, analysis of variance, t distribution, F distribution, design of experiments (randomization, Latin squares), variance, sufficiency, Fisher information, estimation theory, maximum likelihood, and so on.

Hald (1998) described Fisher as “a genius who almost single-handedly created the foundations for modern statistical science”.  In genetics, Fisher is recognized as one of the three giants of theoretical population genetics, together with J.B.S. Haldane (also at UCL) and Sewall Wright. By around 1930, these three completed the Great Synthesis or Neo-Darwinian Theory of evolution. Richard Dawkins (1995) wrote “Sir Ronald Fisher ... could be regarded as Darwin’s greatest twentieth-century successor.” 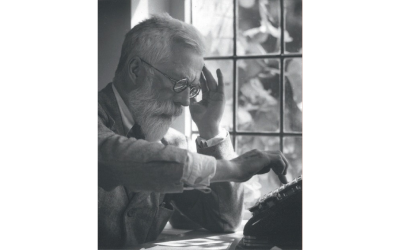 Although written about 100 years ago, Fisher’s papers in evolutionary genetics are widely read today when population geneticists develop statistical methods to make inference using the ever-growing genomic sequence data. This may be unique in biological sciences where advances are often made at a breakneck pace, and indicates the fundamental nature of Fisher’s contributions.

The impact of Fisher’s scientific contributions on human society in general and on public health in particular may be too immense to assess. In medical sciences, drug experiments and clinical trials are designed using his principles of experimental design and the resulting data are analysed using his statistical inference methods. His science has undoubtedly led to the saving of millions of lives.

His contributions to both statistics and genetics are used in crop and animal breeding in the past century, leading to dramatic improvements in food production, lifting billions of people out of poverty and greatly improving the quality of life of all citizens on the planet. His statistical methods are indispensable in science, engineering, industry, commerce, and social studies, indeed in all human endeavours where truth is sought by collecting and analysing data. 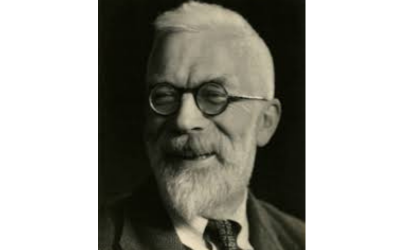 Fisher held strong political views which were linked to his research on heredity, and did significant work in areas that today we find troublesome. Notably, he was a vocal supporter of eugenics from an early age, helping to found the Cambridge University Eugenics Society as an undergraduate in 1911.

The modern concept of eugenics was formalised and developed by Francis Galton in the late 19th century, and with an endowment, he set up the Eugenics Record Office at UCL in 1904, (which evolved into the Galton Eugenics Laboratory in 1907). He also endowed a professorship - Fisher was the second Galton Professor of Eugenics, when he succeeded Karl Pearson at Pearson’s retirement.

At that time, eugenics was not the toxic idea it is seen as today. The concept that the overall health of a human population could be improved via the encouragement of selective breeding, or by sterilisation, was broadly supported by many, and across political divides.

Fisher wrote extensively on this matter over many years, advocating for tax incentives for middle class people to have more babies, and attributing the fall of ancient civilisations (such as Rome or the Babylonians) to the inverse relationship between fertility and perceived ‘value to society’. He advocated for the sterilisation of ‘feeble minded high grade defectives’.

Fisher held onto his views about eugenics long after the Second World War, when eugenics had fallen into disrepute.  In the years immediately after the war, Fisher remained on friendly terms with former Nazi geneticist Otmar Freiherr Verschuer, and used his data in his criticisms of the proposed link between smoking and cancer (Fisher, 1958a, 1958b).  Fisher also expressed sympathy towards the eugenics policies of the Nazis.

During the war, Verschuer had worked directly alongside Josef Mengele, using biological samples obtained from Jews murdered in concentration camps.  Verschuer was never convicted of war crimes, and redefined himself as a geneticist in Germany after the war.He remained a eugenicist until his death in 1969.  We do not know if Fisher was fully aware of Verschuer’s direct associations with Nazi experimentation on people.

Another notable expression of Fisher’s political values occurred in 1950, when UNESCO was assembling a statement on the nature of race. Their view, which is mainstream in science today, was that race is a socially constructed categorisation, and has little basis in genetic variation.  Fisher refused to sign this declaration, arguing that human groups profoundly differ ‘in their innate capacity for intellectual and emotional development’.

The RA Fisher Centre for Computational Biology was founded in 2010 within the Department of Genetics, Evolution and Environment (GEE) at UCL, with Professor Ziheng Yang FRS as its director. Following on from the UCL Eugenics Enquiry in 2019/20, in which the University’s associations with Francis Galton and Karl Pearson were re-assessed, their names were removed from several buildings and spaces on our campus.

This decision reflected a view that although much of the work of these men remains foundational in science, and in daily use for good around the world, UCL’s posthumous celebration of them (through named buildings, lecture theatres, etc) was not appropriate given that it may be perceived to promote scientific racism and eugenics.

In the Summer of 2020, GEE took the collective decision to rename the RA Fisher Centre for Computational Biology as the UCL Centre for Computational Biology. UCL was founded on radical and progressive principles, and we are committed not only to the pursuit of scholarly excellence and teaching, but to an inclusive and welcoming environment for all students and staff.

This decision was also taken in order to further expose our own history, such that we can understand the context in which now outmoded concepts such as eugenics were created and nurtured, and use that knowledge to build a more cohesive and inclusive culture within science and society.

We believe that an honest, scholarly appraisal of our own history befits UCL’s reputation, and can act as a beacon, not to erase our past, but to let it be known and studied in depth. Fisher’s scientific legacy will rightly persist in all branches of the sciences he helped create, and in our commitment to scientific excellence and social equality we have elected to honour this work, but not his name.

A guide to R.A. Fisher by John Aldrich 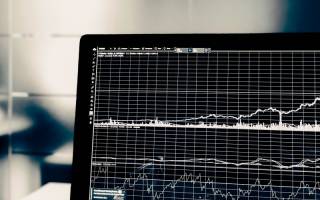 What is the Centre for Computational Biology

The UCL Centre for Computational Biology is an interdisciplinary centre of excellence for mathematical and computational analysis of the fast-growing data in genetics and biology. 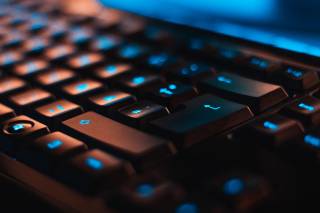 Find out more on the Computational Biology Home Page. 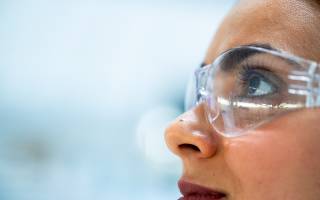 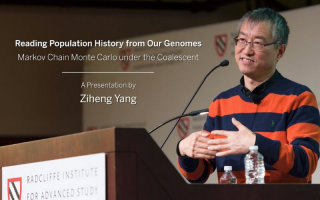 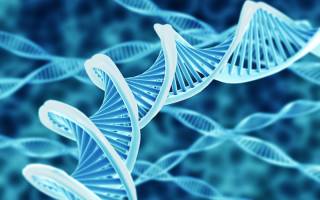 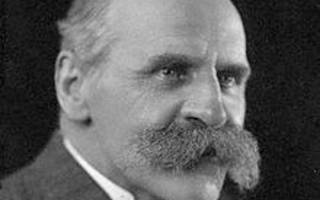