Our leader, colleague and friend Professor Dame Georgina Mace DBE FRS passed away on the 19th of September 2020. Here we pay tribute to an extraordinary person. 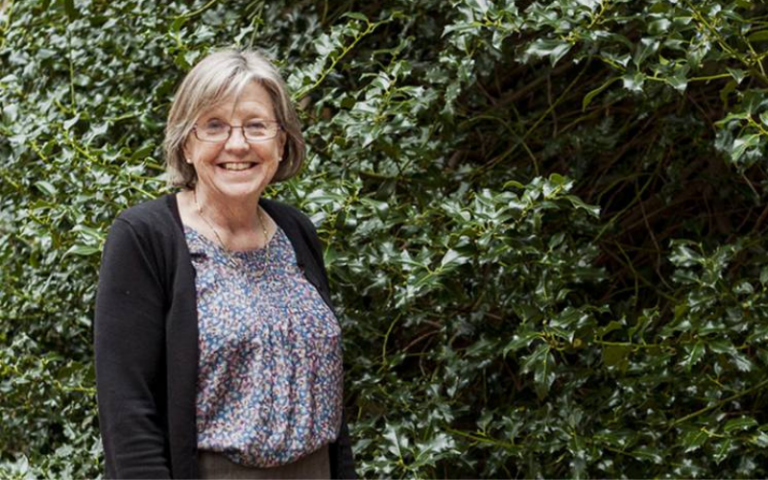 Georgina Mace revolutionised how we measure ongoing rapid biodiversity loss, and how we predict and prevent its consequences for people and the planet. Her efforts helped transform conservation biology into a science that systematically compares patterns of biodiversity loss across species and ecosystems, beyond popular focus on the plight of a few well-known and loved species.

Georgina championed the idea that our well-being depends on protecting biodiversity, and that we cannot continue to accept its loss as somehow necessary for progress. Her enormous impact can be found in every corner of conservation biology, and in the connections between nature and social justice that she helped cement into policy. Her influence will continue to grow through the unfailingly generous support that she gave to generations of scientists and colleagues throughout her distinguished career. 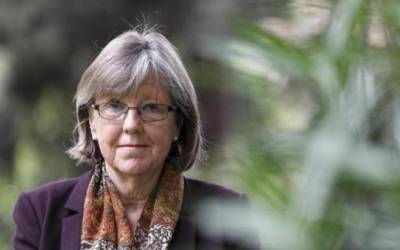 Born in London in 1953, Georgina studied Zoology at University of Liverpool in 1975 before completing a PhD at the University of Sussex (1979), researching the evolutionary ecology of mammals under the supervision of evolutionary biologist Paul Harvey. Following a number of postdoctoral positions, including with leading mammologist John Eisenberg at the Smithsonian Institution in Washington DC, Georgina joined the Zoological Society of London (ZSL) in 1986, working first for the Zoo Federation (the precursor of BIAZA, British and Irish Association of Zoos and Aquariums) and then at the Institute of Zoology.

In the late 1980s Georgina’s research in understanding factors determining the viability of small populations caught the attention of the International Union for Conservation of Nature (IUCN). For the next few years, she worked with them to create scientific and defensible criteria for inclusion of species on IUCN’s Red List of Threatened Species.

Georgina was one of the first scientists to show that a species’ extinction risk can be predicted based on a few key ecological characteristics, and its evolutionary history, even when its actual status in the wild is unknown. For the first time, her approach identified species that were dangerously overexploited, such as the Atlantic cod, whose rapid population declines signalled high extinction risk despite having none of the life history traits usually associated with endangered species.

Georgina also realised that many of the same factors that increase species’ extinction risk also affect their rates of evolution by natural selection, and therefore how quickly populations can adapt to rapidly changing environments. This insight threw dramatic light on the importance of biological diversity within populations, and across the habitats where a species lives. 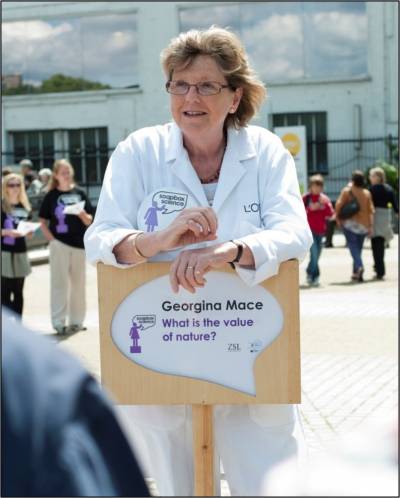 She emphasised that conservation needs to protect common and rare species, as well as the interactions they have with each other that are fundamental to how ecological communities function. With this in mind, Georgina embraced the emergence of novel ecological and genomic technologies that allow assessment of more cryptic biological interactions, especially in ecosystems such as the soil and the open ocean.

The IUCN Red List, created using Georgina’s new criteria, exposed perilously high levels of extinction risk for thousands of species and their habitats. It led to the United Nations Convention on Biological Diversity in 2002 that committed to significantly reduce the rate of biodiversity loss by 2010. In 2005, Georgina managed the biodiversity component of the UN’s Millennium Ecosystem Assessment (MEA) to quantify this rate of biodiversity loss, and to decide where conservation efforts should be best targeted, especially given the additional threat of impending and rapid climate change.

Identifying the opportunity for action was key to how Georgina worked: she knew that change happens when people feel powerful rather than helpless in the face of huge challenges. Instead of grieving for the habitats and species already lost, she would continually emphasise the benefits to nature and to humanity if we work together to protect the biodiversity that remains. 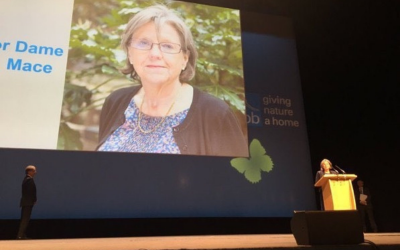 In 2000, as ZSL’s Director of Science and Head of the Institute of Zoology, Georgina influenced the design of many of the science-based indicators of species’ global status and trends in ecosystems used to measure progress towards meeting international biodiversity targets. These included the Red List Index (RLI), which quantifies changes in the level of extinction risk from repeated Red List assessments, and the Living Planet Index (LPI; developed with WWF), which reports abundance trends across the populations of more than 4,000 vertebrate species.

By 2010, the signal from these global indicators was that biodiversity was in catastrophic decline, a trend that has continued largely unabated. For example, the latest WWF Living Planet Report (2020) reveals average declines in LPI of 68% in the past 50 years, and of more than 90% in some organisms and habitats, especially in the tropics. Such data made it clear that the CBD targets set in 2002 would not be met.

Recognising the need for economies to properly value biodiversity as "natural capital", Georgina began to move increasingly between disciplines and across science-policy boundaries, working to convince governments that biodiversity is the fundamental resource on which all economic activity, health and well-being depends.

After more than two decades at ZSL, where her leadership reshaped the role of science in determining conservation policy, Georgina moved to Imperial College London in 2006 as the Director of the Centre for Population Biology. There, she continued to work on the scientific questions that interested her most. At the same time, she helped galvanise the UK’s commitment to end ecosystem degradation through her work on its National Ecosystem Assessment.

She used her characteristic acuity to develop a natural capital framework that directly brought the environment into conventional economic decision-making. Her actions led to the UK government’s explicit acknowledgement that addressing natural capital decline was first and foremost an economic problem.

An Environment White Paper followed in 2011, committing to reverse the decline in the state of the environment. The world’s first Natural Capital Committee (NCC) was then established in 2012, with Georgina as a founding member, aiming to place environmental policy at the heart of UK government. On the NCC’s recommendation, a national 25 Year Environment Plan was published in 2018 and included many policy innovations. Its principles – themselves so central to Georgina’s commitment to recognising the real economic value of biodiversity – underpin the Agriculture and Environment Bills currently passing through UK Parliament.

In 2012, Georgina moved from Imperial College to UCL to become the founding Director of a new institute – the Centre for Biodiversity & Environment Research (CBER) – a flagship for UCL’s strategic investment in ecology and conservation science. Georgina shaped and guided the Centre’s research agenda, and nurtured a deeply collaborative and supportive working environment that remains central to life at CBER. Georgina’s research also resonated with research across UCL in linking biodiversity to global health, economy, and society. Indeed, one of her last publications explored how post-Covid-19 recovery could provide a unique opportunity for the fundamental shift in the way we think and organise our economies that is so urgently needed for planetary survival.

Beyond these honours however, the vast number of tributes to Georgina on social media are testament to her influence on the lives and careers of thousands of scientists, conservationists, policymakers and citizens throughout the world. She had a special ability to communicate across vast intellectual areas with immense scientific rigour, while nurturing and amplifying other voices. 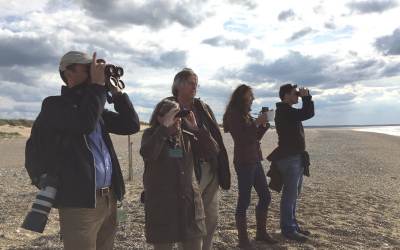 Her love of biodiversity seemed indivisible from her commitment to encouraging diverse views in discussions and in government, and her energy in bringing together those who could learn from each other. Just as importantly, Georgina’s candour and kindness meant one felt as comfortable sharing disappointments and uncertainties with her as successes and revelations. She always saved her words for important and constructive contributions, and inspired others to live up to the example she set as a scientist, a friend, a mentor, and as a citizen. 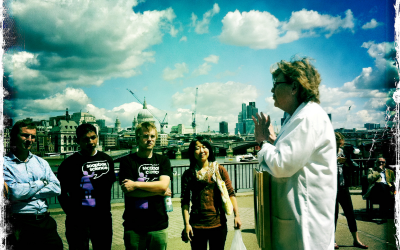 Georgina’s huge achievements helped to reveal the ecological emergency that we face, and that we have less than a decade to prevent. Perhaps her most remarkable achievement, however, was the way she could calmly convince an audience of this fact, while remaining optimistic that we still have time to forge a more creative interaction with the rest of nature, one that benefits more than a wealthy minority, and one that can last more than just a few more decades. We very much hope that her faith in our humanity was justified.

Georgina is survived by her husband Rod, her children Kate, Emma and Ben and granddaughter Harriet Georgina.

CBER and UCL will be organising an in-person and online celebration of Georgina’s life in the months to come. Details to follow. 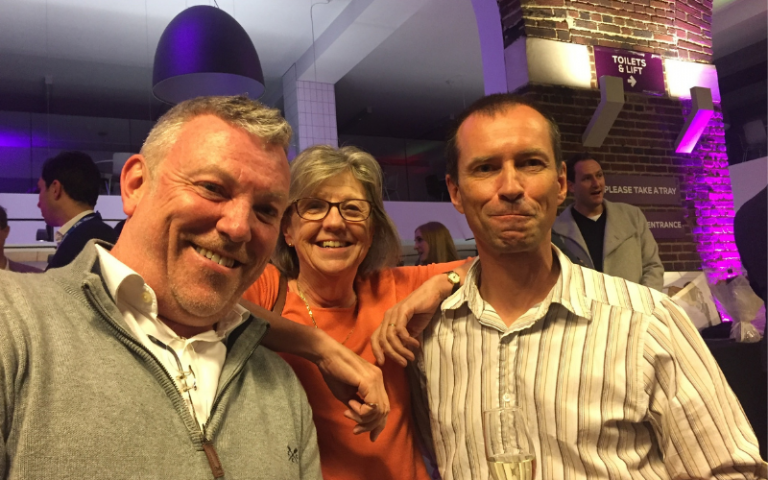 Celebrating the Work and Life of Georgina Mace 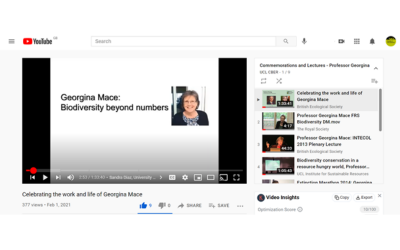 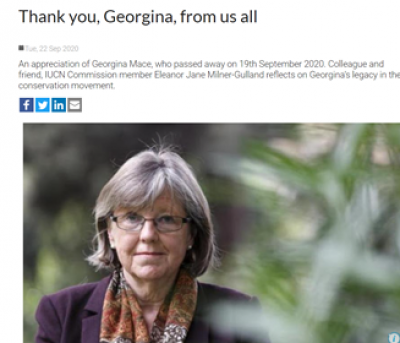 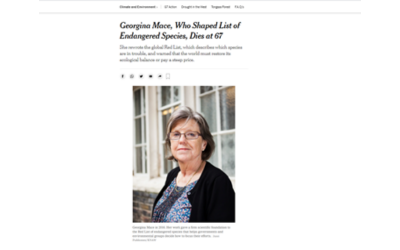 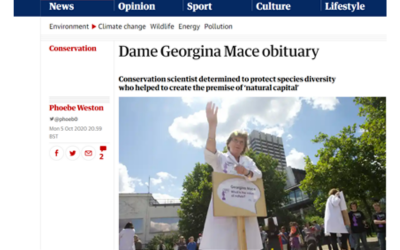 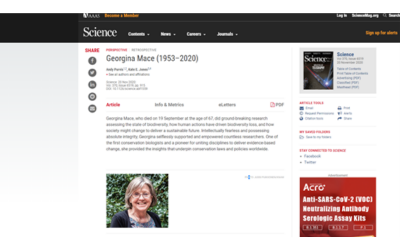