UCL's Centre for Cardiovascular and Metabolic Neuroscience, organisers of... 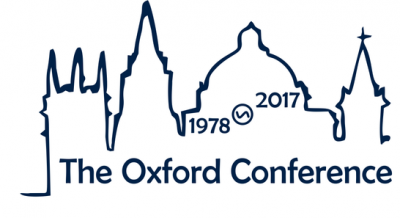 The organisers wish to thank all delegates for their contributions that made for an outstanding and highly successful meeting.

It was during a dinner at the Polish National Academy of Sciences 45 years ago, that the important meeting between Dan Cunningham and Richard Herczynski occurred. Even though Cunningham was an esteemed respiratory physiologist, he had been struggling with expressing the breathing pattern quantitatively, a problem all too easily solved by a distinguished mathematician Herczynski, armed with just a napkin and a pen. Following such a fruitful conversation the two discussed whether there might be some benefit in organising a more widespread discussion between the respiratory physiologists and the mathematicians. Some 7 years later this idea was realised during the first Oxford Conference on Modelling and Control of Breathing, which was held in September 1978 at the University Laboratory of Physiology in Oxford, with the delegates housed at Oxford University Queen's College. The conference was organised by Cunningham and Herczynski, alongside Ebbe Petersen, Ewart Carson, and David Murray-Smith, and was attended by 90 delegates from 10 countries, though sadly Herczynski was unable to attend. The conference was extremely well received and has since become a regular event, trotting it's way around the globe through North America, Japan, Europe, and Australia, with attendees from Australia, Canada, Chile, Denmark, England, France, Germany, Ireland, Japan, Mexico, The Netherlands, New Zealand, Scotland, Sweden, Switzerland, United States and others.

In September 2017 we convened the 14th Oxford Conference on Modelling and Control of Breathing at Merton College, Oxford. We were pleased to bring the conference back home after almost 40 years. In keeping with the spirit of the original Oxford Conference this meeting brought together research groups with common interests in all aspects of respiratory physiology and neurobiology; modelling, respiratory disease, chemoreception and beyond.

The series of Oxford Meetings will continue with the next host Professor Yasumasa Okada. We look forward to the 15th Oxford Conference in Japan, 2020.

Proceedings will be published in Respiratory Physiology & Neurobiology (Elsevier) 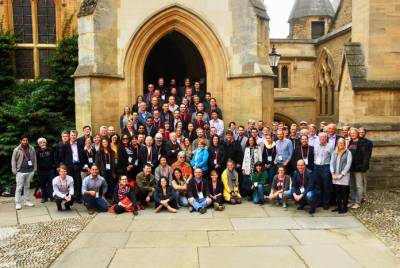 Meetings in The Oxford series