The Rosalind Franklin Award and Lecture 2019 is awarded to Professor Thanh Nguyen for her achievements in the field of nanomaterials and her impactful project proposal. 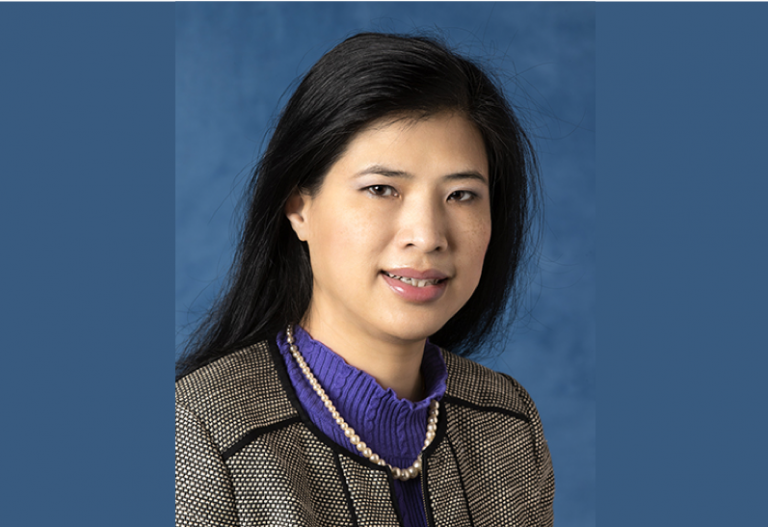 Professor Nguyen is being honoured for her achievements in the field of nanomaterials and her impactful project proposal. She leads a team doing interdisciplinary research on the design and synthesis of nanomaterials for biomedical applications, such as the studies of plasmonic and magnetic nanoparticles for diagnosis and treatment of disease.

She has proposed a project to organise and deliver a residential summer science camp that is tailored to inspire and motivate Year 8 students, mainly girls from underprivileged, or ethnic minority backgrounds from deprived parts of London, who are currently underrepresented in STEM careers.

“I have been privileged to follow my passion of doing scientific research with the help and support from my family and colleagues. I am very honoured to receive this prestigious award, and it would be a great joy to help and promote women in science, especially underprivileged girls. It is wonderful to spread Rosalind Franklin’s legacy to younger generations now and in years to come,” said Professor Nguyen.

The Royal Society Rosalind Franklin Award and Lecture is made to an individual for an outstanding contribution to any area of Science, Technology, Engineering and Mathematics (STEM) and to support the promotion of women in STEM. The award is supported by the Department for Business, Energy and Industrial Strategy (BEIS) and is named in honour of the biophysicist Rosalind Franklin, who made critical contributions to the understanding of the fine molecular structures of DNA. The first award was made in 2003. The lectureship is accompanied by a medal of silver gilt, a grant of £40,000 and a gift of £1,000. The recipient of the award is expected to spend a proportion of the grant on implementing a project to raise the profile of women in STEM.

The call for nominations is now closed. The next round of nominations will open in November 2019.

Professor Tamsin Mather was awarded the Rosalind Franklin Award and Lecture 2018 on the basis of her achievements in the field of volcanology, her ability to communicate with the public and her imaginative project proposal.

Professor Essi Viding was awarded the Rosalind Franklin Award and Lecture 2017 for her achievements in the field of experimental psychology, her ability to communicate with the public and her imaginative project proposal.

See full list of all past winners of the Royal Society Rosalind Franklin Award and Lecture.