UCL Institute for Sustainable Resources are engaged in a programme of research examining options for reforming electricity markets, focusing on how a ‘Green Power Pool’ may be designed and operated. 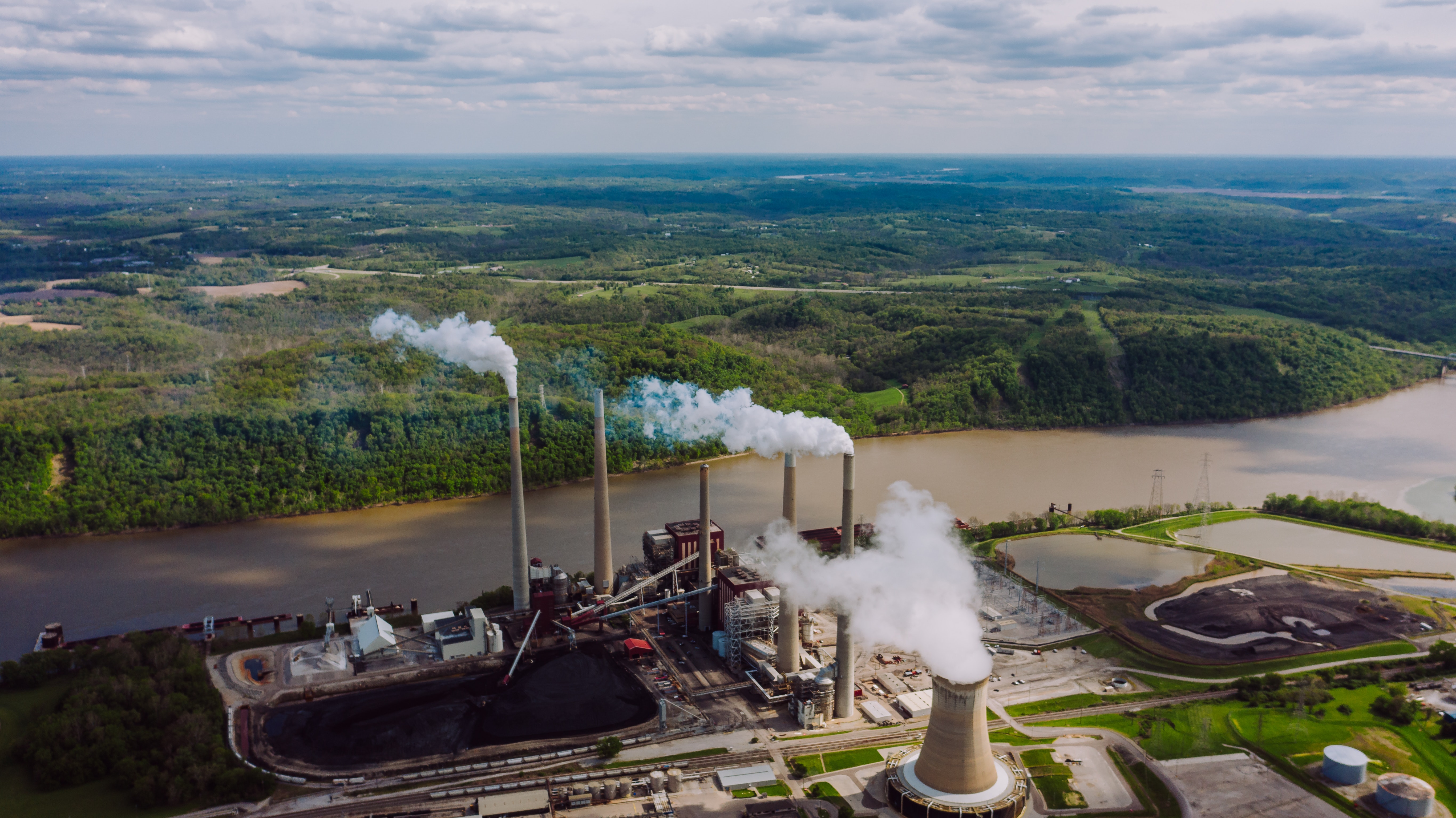 Europe is in the middle of a cost of living crisis. In the midst of that, how do we navigate the energy crisis? The Institute for Sustainable Resources have collaborated with Aldersgate Group to map out reform of energy markets and the key proposal of a 'Green Power Pool'.

The ongoing energy crisis has had major economic impacts for UK industries and households, pushing prices up by over 80% and fuelling the cost of living crisis and inflation.  Although the UK generates around 43% of its electricity from renewables, which are much cheaper than gas, the structure of the UK’s power market means that these falling costs are not reflected in bills. As the most expensive generator needed to meet the last bit of demand, gas sets the price for all types of electricity generating technologies. This happens even when the bulk of electricity is generated by cheaper renewable sources. In fact, gas sets the power price 84% of the time, despite making up less than half of total generation. The Government must prioritise measures that correct this imbalance, while expanding renewable capacity and reducing total energy demand through energy efficiency.

That is why the Aldersgate Group, University College London, Institute for New Economic Thinking, and International Institute for Applied Systems Analysis have partnered on a ground-breaking programme to set out a series of proposals for electricity market reform, power sector decarbonisation, and measures to reduce electricity prices to facilitate the electrification of the UK economy. This will culminate in two major reports published in November 2022, and May 2023 that propose clear solutions to these problems. However, due to the urgency of the current crisis, we are publishing a series of interim papers that outline the economic fundamentals of the UK’s electricity market design; present key principles for reform; examine the revenues collected by generators during the crisis; and put forward a vanguard proposal for a ‘Green Power Pool’, that would decouple gas and electricity prices, enabling consumers to benefit from the falling costs of renewable energy generation. 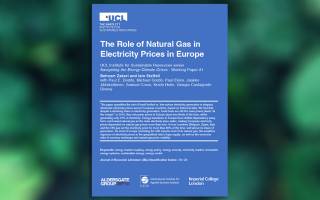 Working paper #1: What is the role of natural gas in European electricity prices? 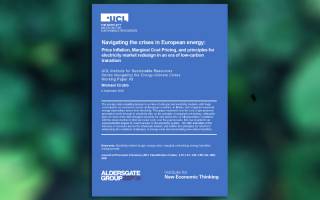 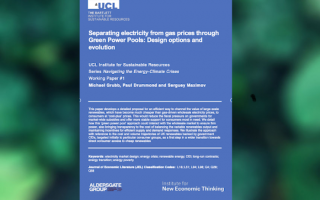 The problem with existing electricity markets

Electricity markets in Great Britain, the EU and many other parts of the world are based on short-run marginal costs, in which fossil fuels set the price. This design works well when the majority of generation is fossil fuel-based, but becomes problematic with increasing levels of renewable generation. Renewables are capital-intensive but very cheap to run, but with little or no ‘dispatchable’ response to short-run price fluctuations. Moreover, their average costs over the past decade or so have become much cheaper than fossil fuel-based electricity. This means that under current market arrangements, and with very high natural gas prices, electricity consumers are now paying much more than the average cost of generation.

One proposal to tackle this problem is to split the current single wholesale electricity market into two: one appropriate to the economics of renewable generation (potentially including other zero carbon, high-capital but low-marginal cost generators), and one for traditional sources like fossil fuel-based generators.

The market centred around renewables would involve long-term, fixed-price contracts for generation, based on their average rather than marginal cost of supply, with power sold directly to suppliers or consumers through long-term contracts, allowing them to receive renewable electricity at a price far lower and with greater long-tem than is currently available to them through the current single wholesale market.These contracts could be standardised, aggregated and made tradable through a ‘Green Power Pool’, with collective purchasing of back-up and balancing services from the ‘on-demand’ fossil fuel-based wholesale market.

It is an option being considered under the UK Government’s Review of Electricity Market Arrangements (REMA), launched in July 2022, and which will identify reforms needed to transition to a decarbonised, cost effective and secure electricity system.

Below you will find a growing series of publications focusing first on different elements of the problem, and then on how options for reform – focusing on a Green Power Pool – may effectively address them. 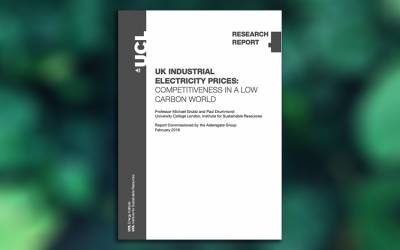 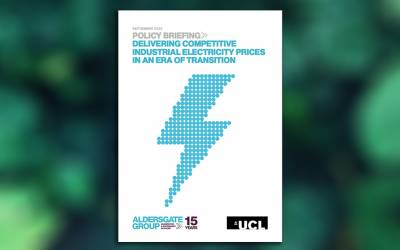 Delivering Competitive Industrial Electricity Prices in an Era of Transition