Medellín: a new chapter of resilience

Students from the Energy, Environment and Resources in Developing Countries module have written blogs on current energy, environment, and resources problems in one or more developing countries - here Matthew Stancliffe Bird outlines the environmental innovation of Medellín. 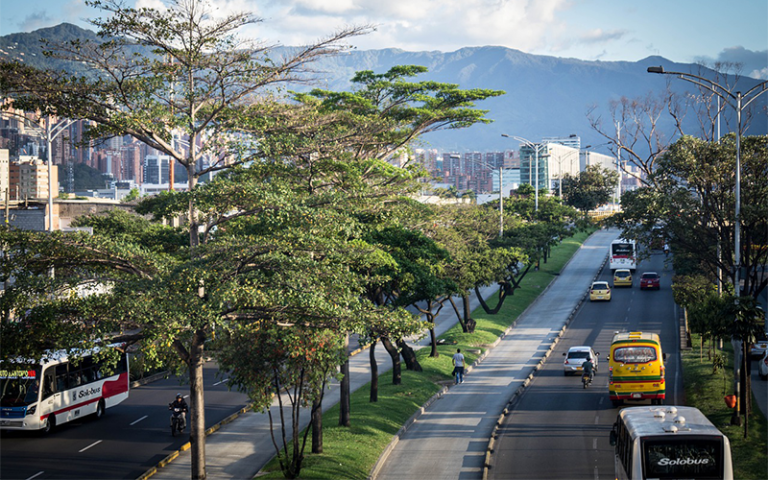 Once labelled the murder capital of the world, Medellín is now touted as one of the world’s most innovative cities. The escalators and gondolas climbing its steep surrounding hillsides have helped to connect marginalised communities and have come to embody the transformation of Colombia’s second city. Medellín is now responding to a new challenge - climate change - through more resilient design. Its green corridors initiative shows positive early signs of helping prevent, and adapt to, hotter temperatures whilst improving health outcomes. 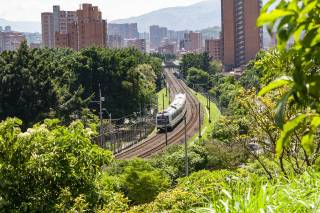 Medellín’s green corridors were implemented between 2016 and 2019 to reduce the impact of rising temperatures associated with climate change. They have transformed the verges of roads, waterways and underpasses with a network of trees and plants.

The city has achieved a 2◦C fall in the ambient air temperature and provided plenty of shade for cyclists and pedestrians. With thousands of plants lining the corridors, and the addition of 5000m2 of concrete walls transformed into vertical gardens, the project helps to combat climate change by capturing CO2. The temperature fall will also reduce the need for energy intensive cooling systems (e.g. air conditioning). Here, not only were adaptation and mitigation measures combined but green corridors also helped encourage a raft of other beneﬁts.

Active travel: Since the construction of the green corridors, there has been a dramatic rise in cycling in Medellín - 34.6%, likely due to the 80km of new bike paths that have been built for the project.

Air quality: From 2016 to 2019, levels of particulate matter and ground level ozone (the main ingredient in smog) have all fallen signiﬁcantly. Sustainable Energy for All - an NGO driving clean and affordable energy - points to a sharp drop in Medellín’s morbidity from acute respiratory infections, from 160 per thousand inhabitants to 95 in the same three year period. The green corridors have likely played an important role. 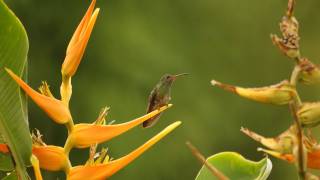 Increased biodiversity: Over 90,000 species of plants were placed in the longest corridor alone - along with hundreds of palm trees. From a sample of green corridors, 30 different species of butterﬂy were identiﬁed and birds have ﬂocked back to the areas in high numbers.

Researchers have questioned the lasting impact of initiatives like the gondolas for Medellín’s poorer communities - arguing their primary purpose has morphed into a tool for city branding. The narrative of resilience, they argue, is a distraction from necessary structural change. Robust evaluations of the green corridors, alongside continued upkeep, will be vital to ensure the scheme’s broad and sustained impact.

Designing climate resilient cities is an urgent task which requires innovative planning. Along with cutting emissions, planners should not overlook strategies which bring about many different beneﬁts - better health, restoring biodiversity - simultaneously. Whilst the framing might be contested, it looks as though Medellín has created a novel solution to start tackling climate change - marking a new chapter in the city’s resilience.

Find out more about our programmes