Authors from the UCL Institute for Sustainable Resources (ISR) and the UCL Energy Institute (EI) have published a paper in the journal Nature Communications titled ‘Diffusion of flue gas desulfurization reveals barriers and opportunities for carbon capture and storage’. 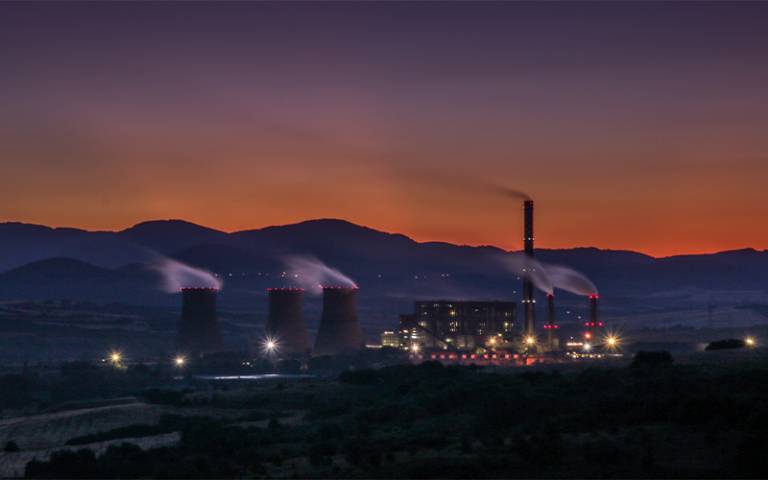 The authors are former Research Associate Stijn van Ewijk, now a Postdoctoral Associate at Yale University, and Associate Professor Will McDowall. The work was conducted in the context of the Horizon 2020 project Innovation Pathways, Strategies and Policies for the Low-Carbon Transition in Europe (INNOPATHS), of which UCL ISR is the overall coordinator.

Pathways for meeting global climate change targets often rely on rapid implementation of carbon capture and storage (CCS). With CCS technology, CO2 may be captured from coal power plants and other sources to then be stored or used. However, CCS is still in an early phase of development and its potential contribution to climate change mitigation is uncertain.

To better understand the likely patterns of diffusion of CCS technology, the authors drew a historical analogy with flue gas desulfurization (FGD), which has been widely adopted in the coal power sector. Based on the global diffusion of FGD, they were able to identify key patterns that may also hold for the diffusion of CSS, insofar the technologies are comparable.

The paper identifies key patterns in the diffusion of FGD.

Future diffusion of CCS is likely to also occur fastest for retrofit, require strong regulatory support, and follow the stepwise changes in regulatory requirements rather than a smooth S-curve. When adopted very widely, it may also evade the ‘materiality’ law.

The study also provides empirical support for energy systems modelling. A comparison showed that the historical diffusion of FGD – per dollar of the economy – rarely outpaced the rates of diffusion of CCS assumed in scenarios for meeting 1.5- or 2-degrees global warming.

Photo by Viktor Kiryanov on Unsplash