Prof. Michael Grubb comments on the CCC report in an interview with Channel 4 News

What do Climate Scientists think of the new CCC report? ISR Deputy Director Professor Michael Grubb is interviewed by Channel 4 News to give some insights. 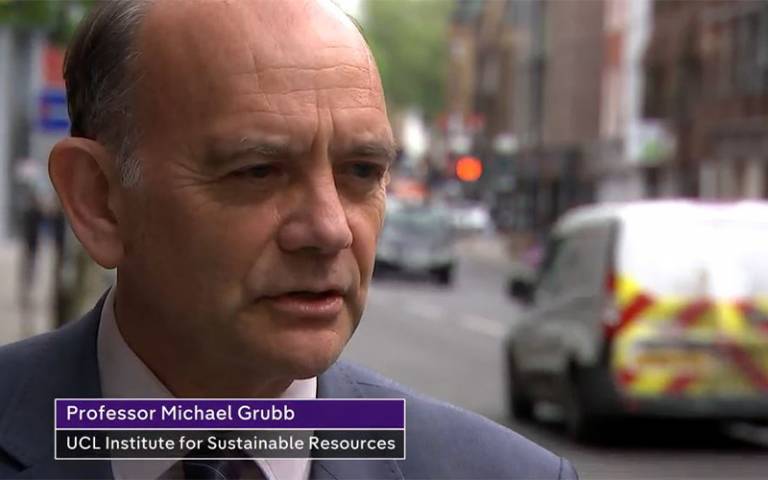 After the release of the greatly anticipated Comittee on Climate Change report yesterday, Professor Michael Grubb has spoken to Channel 4 News about the impact of the report and what it means for the UK.

The CCC’s report, which was requested by the UK, Scottish and Welsh Governments in light of the Paris Agreement and the IPCC’s Special Report in 2018 finds that:

The report shows there are multiple benefits of a transition to a zero-carbon economy, including benefits to people’s health from better air quality, less noise from quieter vehicles, healthier travelling / commuting options through cycling and walking, healthier diets and increased recreational benefits from changes to land use.

The UK could also receive an industrial boost as it leads the way in low-carbon products and services including electric vehicles, finance and engineering, carbon capture and storage and hydrogen technologies with potential benefits for exports, productivity and jobs.

Join UCL Energy Institute for their next public seminar with speakers Sarah Livermore and Richard Millar from the CCC. To register for this event and hear about any similar events please subscribe to our mailing list.