The Commission is chaired by John Cridland and brings together UCL academics, progressive businesses, and representatives from the Aldersgate Group and WWF. The research is led by Prof Paul Ekins and UCL academics, and supported by Green Alliance.

John Cridland is Chairman of Transport for the North and of the Home Group. The first is the Strategic Transport Body working to improve connectivity across the North of England, the second is a national Housing Association building homes and providing supported housing.

He is Pro Chancellor of Brunel University and Senior Independent Director of OFSTED. John is a Visiting Professor at University College London and Chairman of its Green Innovation Policy Commission, a Director of the Northern Powerhouse Partnership and a Trustee of the Comino Foundation.

He was Independent Reviewer of the State Pension Age in 2016-17, setting the age at 68 from 2039, and part of the 2018 review of the Financial Reporting Council. He was Director-General of the CBI from 2011 to 2015, leading its campaigns on infrastructure, school education, medium sized businesses and climate change, and was Deputy Director-General for the previous decade. A founding Commissioner of the Low Pay Commission which established the National Minimum Wage, he was also on the ACAS Council, Vice Chairman of the Learning and Skills Council and a UK Commissioner for Employment and Skills. John was awarded the CBE in 2006 for services to business. 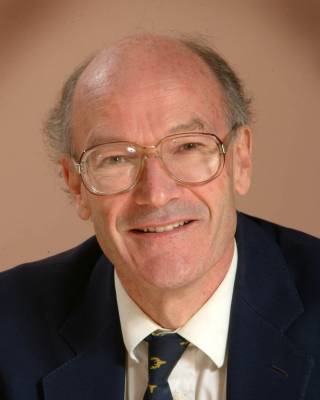 Paul Ekins has a Ph.D. in economics from the University of London and is Professor of Resources and Environmental Policy and Director of the UCL Institute for Sustainable Resources, University College London. In 2011 he was appointed Vice-Chairman of the DG Environment Commissioner’s High-Level Economists Expert Group on Resource Efficiency, and in 2012 a member of the European Commission’s European Resource Efficiency Platform. In 2013 he was appointed to UNEP’s International Resource Panel, for whom he was lead author of a major report on resource efficiency at the request of the German Government at the G7 Summit in 2015. He was one of two Co-Chairs of UNEP’s sixth Global Environmental Outlook (GEO-6), which is the United Nations’ flagship environmental report, and which was presented to the United Nations Environment Assembly in March 2019. He is currently coordinating the Horizon 2020 project INNOPATHS (Innovation Pathways, Strategies and Polices for the Low-Carbon Transition in Europe). In 1994 Paul Ekins received UNEP’s Global 500 Award ‘for outstanding environmental achievement’. 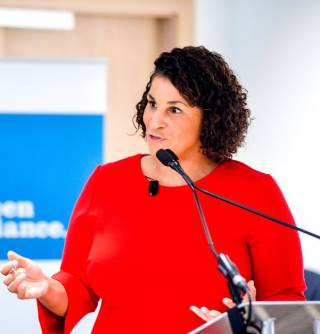 Angela is Chief Advisor, Economics and Economic Development at WWF where she provides economic advice across the climate, food and biodiversity programmes as well as leading on trade and industrial policy for a green transition.
She started as an accountant in the energy industry before moving into economic development where she has spent the last 18 years.  She led on economics and strategy for the East of England Development Agency and worked on productivity, innovation, and low carbon growth in the UK and Europe for SQW.  She was Regional Economist and Climate Attaché for the FCO in the Caribbean and returned to the UK to be Chief Economist for Green Alliance where she led on industrial strategy, tech and the economic case for a low carbon and circular economy.
She is also a member of the IPPR’s Environmental Justice Commission.
Ian Gardner 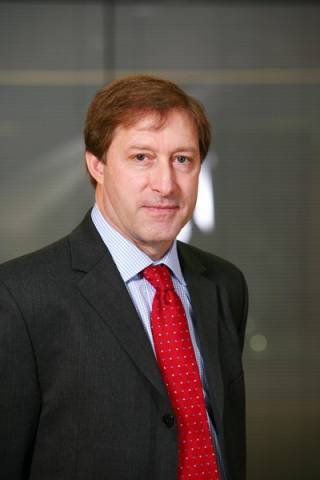 Ian Gardner is a Director of major international consulting firm Arup, is the global leader of the firm’s Energy Business and is a Board Member of the firm’s UKIMEA Region (UK, India, Middle-East & Africa). He is a Chartered Engineer, Fellow of the Institution of Civil Engineers, Fellow of the Energy Institute and Member of the Institution of Royal Engineers. He has close interests in energy market dynamics and trends; encouraging whole system thinking relating to urban needs and new concepts for more integrated, resilient approaches to assist a sustainable future.

Ian is a senior industry figure and book author of “Achieving Successful Construction Projects” – a guide for industry leaders and programme managers. He has considerable experience in the leadership and management of large multi-disciplinary design and construction teams, and in all stages of projects from inception, procurement, design to completion. He received the Royal Academy of Engineering Major Project Award 2014 and on two occasions his projects have won British Construction Industry Awards major project category. Ian co-founded the firm’s Berlin office, has worked in Australia, formed and led the firm’s Infrastructure London Group undertaking projects such as Channel Tunnel Rail Link (HS1), London Olympic Park and has extensive international project experience. Peter Harris joined UPS in 1989 as an Automotive Supervisor and was promoted in 1992 to Fleet Manager. In 1997, he accepted the Automotive Director position in the UK before becoming UK Industrial Engineering Director in 2003. In 2005, Peter took an assignment with Corporate Compliance, developing and implementing a system to manage regulatory compliance outside the U.S. He accepted the role of Sustainability Director for Europe in 2011 and became International Sustainability Director in 2019.

In addition to his UPS responsibilities, Peter is also a director of the Low Carbon Vehicle Partnership, a public-private entity in the UK whose purpose is to accelerate the shift to low carbon vehicles and fuels.

Prior to UPS Peter worked for 4 years with London Transport and 2 years as a volunteer agricultural engineer with Voluntary Service Overseas in Indonesia, developing better ways of storing rice.

Peter is the holder of a Masters degree in Engineering from Cambridge University, UK. He is also a Chartered Engineer (CEng) and a Member of the Institution of Mechanical Engineers (MIMechE).
Peter is married with two children and has two classic cars. 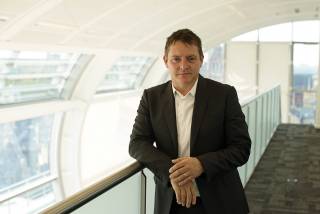 He is a member of the UK Plastics Pact, Council for Sustainable Business and leads the UK research and innovation activity. An avid promoter of progressive resource management, Richard is driven to ensure this generation protects the interests of the next.

In his role, Richard supports Veolia's growth ambitions overseeing the planning and construction of new infrastructure to which the company is committed to a £1 billion investment over the next five years and the administration of commodities, such as energy (electricity and heat) and materials (recyclables and compost). 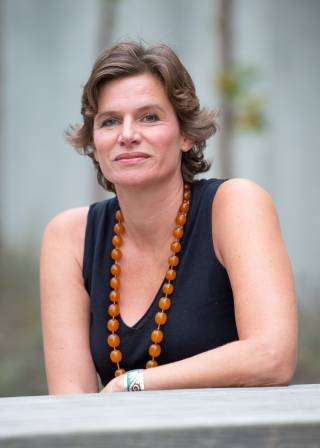 Mariana Mazzucato is Professor in the Economics of Innovation and Public Value and is Founder and Director of the Institute of Innovation and Public Purpose at University College London (UCL). She is winner of the 2018 Leontief Prize for Advancing the Frontiers of Economic Thought. She was named as one of the '3 most important thinkers about innovation' by the New Republic and is on The Bloomberg 50 list of ‘Ones to Watch’ for 2019. Her highly acclaimed book The Entrepreneurial State: debunking public vs. private sector myths was on the 2013 Books of the Year list of the Financial Times. Her new book The Value of Everything: making and taking in the global economy was shortlisted for the 2018 Financial Times and McKinsey Business Book of the Year prize. She advises policy makers around the world on innovation-led inclusive growth.
Nick Molho 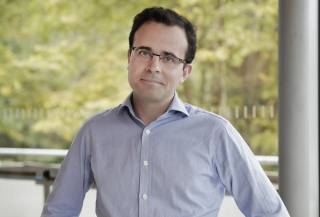 Nick is responsible for the overall management of the Aldersgate Group, including the development of its work programme, its relationships with key political and business stakeholders and its robust representation of member views to government ministers and parliamentarians. He has played a key role in broadening the Group's impact and membership and bringing its influence to bear on areas that are core to the Group’s interest.

Nick is the lead author of Aldersgate Group reports and a regular commentator on sustainability issues. He was most recently Head of Climate Change and Energy Policy at WWF-UK following a career as an environmental and energy lawyer at CMS Cameron McKenna, where he spent six years working on commercial energy law for a range of international businesses, regulators and governments. A regular public speaker, Nick also writes for a range of outlets such as The Economist Insights, Business Green and the Huffington Post. 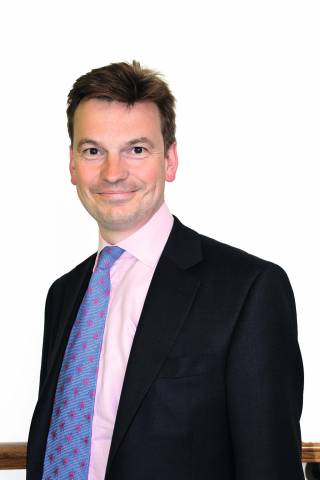 Benet Northcote is Director, Corporate Responsibility for the John Lewis Partnership, incorporating John Lewis & Partners and Waitrose & Partners.  He is accountable for the delivery of the Partnership's CR objectives across ethical sourcing, sustainability, D&I and Partner wellbeing, as well as the management of operational Health and Safety.  He is a Trustee Director of the Centre for Ecology and Hydrology, a Trustee of Green Alliance and sits on the Board of the Conservative Environment Network.

He joined the John Lewis Partnership in 2013 after nearly five years as Deputy Private Secretary to HRH The Prince of Wales, where he was responsible for HRH's initiatives on responsible business, the natural environment, food and farming.  Prior to that he was Chief Policy Adviser to Greenpeace UK, working predominantly on energy and transport policy.

He started his career with the BBC as a journalist, before moving to corporate communications agency CTN Ltd., where he advised many FTSE 100 firms.
Jeremy Oppenheim 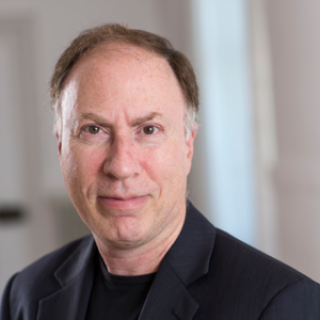 Jeremy was a senior partner at McKinsey until April 2016, where he worked for 24 years serving some of the world’s leading companies in the finance, consumer goods, technology, healthcare and energy sectors. He worked extensively with multilateral development banks, the United Nations and governments in both developed and developing countries. In 2007, he set up McKinsey’s Sustainability & Resource Productivity Practice, supporting ambitious public, philanthropic and private sector clients to put in place low-carbon, resource-efficient strategies. Prior to this, Jeremy worked at the World Bank from 1988-1993, specialising in economic transformation programmes for middle-income countries. In 2013-2014, Jeremy was programme director of the New Climate Economy project. He sits on a number of non-profit boards, including Global Action Plan (as Chair), the Woods Hole Research Center and Rare (UK). Together with Martin Stuchtey, he is a founder and managing partner of SYSTEMIQ.
Graham Southall 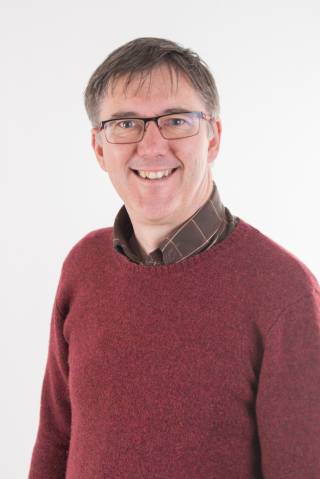 Graham Southall is Group Commercial Director with Northumbrian Water.  As well as providing commercial support to Northumbrian Water Limited, the regulated business, he is responsible for their non-regulated portfolio.  This includes their commercial bioresources activity and agricultural anaerobic digestion plant in Leeds, as well operating assets on behalf of Scottish Water, Irish Water and in Gibraltar.
In addition to his role with Northumbrian Water in is a member of the advisory board for the Anaerobic Digestion and Bioresources Association (ADBA).  Prior to Northumbrian Water, he held a number of roles across the water and energy sectors: Managing director, Thames Water Commercial Services, Head of Power at BG Group, VP Optimisation with DONG in Denmark and VP European Trading in Geneva for TXU.