How the School of Planning picked up where the Farrell Review left off, helping to create and nurture the Place Alliance into a leading voice on best practice in urban design. Words: David Blackman 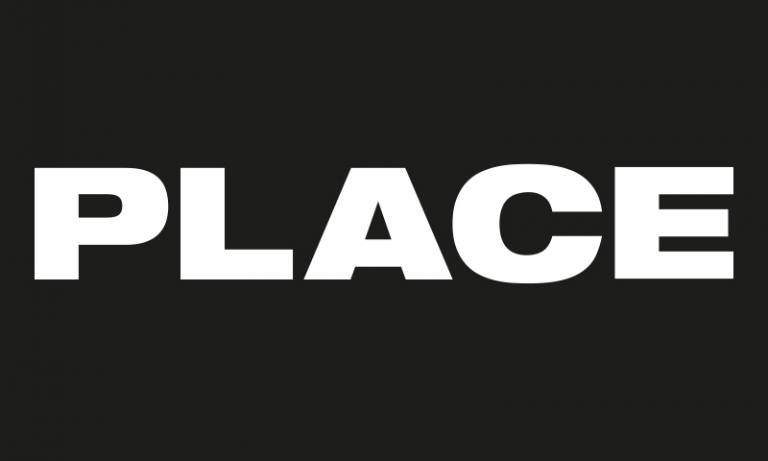 Since its first meeting was convened at The Bartlett in July 2014, more than 100 organisations, including professional institutions and public bodies, have signed up to support what has become known as the Place Alliance. Its significance as a voice for quality in the built environment was underlined when, in 2015, the alliance won the Sir Peter Hall Award for Wider Engagement at the Royal Town Planning Institute’s Awards for Research Excellence.

But to really get why the Place Alliance matters, you need to understand where it comes from. The alliance’s genesis lies in Sir Terry Farrell’s review of policy to improve the quality of the built environment, which was commissioned by the then Culture Minister Ed Vaizey around the same time that the Commission of Architecture and the Built Environment (CABE) was scrapped. The review, which was published in early 2014, made a host of recommendations, including the establishment within government of a new ‘Place Leadership Council’.

Matthew Carmona, Professor of Planning and Urban Design at The Bartlett School of Planning, who was finishing a study on the work and impact of CABE at the time, felt that the review’s proposal wasn’t the right approach. One of the lessons from CABE’s demise, he says, was that what the government set up, it could just as easily shut down. “With CABE, government had the whip hand,” says Professor Carmona. “Rather than creating something in government, we felt it would be much better to have something more open and interdisciplinary where we can have debates and challenge government where required, and on the other hand work with government when we feel it’s going in the right direction.”

In addition, a new government body was unlikely to find favour in Whitehall. “The industry was told that if it wanted to do anything, we would have to do it themselves,” says Esther Kurland, Director of Urban Design London.

Rather than a formal, top-down institution, Carmona felt an alliance-style arrangement could strengthen networks within and between existing professional bodies and agencies. “It tries to be a point for bringing together diverse voices on the built environment. There’s no clear voice on design quality. The Place Alliance is an attempt to fill that gap.”

A meeting of minds

The Bartlett hosted a ‘Big Meet’, including 120 delegates representing 80 organisations, in July 2014 to discuss Carmona’s ideas for an alliance. The format reflected Carmona’s loose-limbed vision. “The fact it was in a big tent in the quad was a nice metaphor,” he says.

The Bartlett agreed to host the alliance and to provide a £20,000 annual grant. This pays for a member of staff to run the alliance on a part-time basis. This role was initially carried out by Lucy Natarajan and latterly by Valentina Giordano, both of whom have been critical in shaping the direction of the alliance.

The Place Alliance is certainly a far cry from the hallowed idea of the university as an ivory tower. Carmona, who has become chair of the alliance, believes this is a good thing. “While I do academic writing and research, I don’t see the point unless we have an impact.”

This viewpoint is becoming increasingly widespread in academia, he adds: “The university world is increasingly recognising the effect of having a real impact in the world. The Bartlett is keen on that and has been very supportive.”

Carmona thinks it is important, too, that the alliance is not housed in one of the built environment’s professional bodies, like the Royal Institute of British Architects. By being based at The Bartlett, the alliance can sidestep the perception that it is aligned with a particular professional agenda.

“We are seen as an open space where people can come and challenge. While individual academics may have their own agendas, the university as a whole doesn’t. We are seen as an honest broker.”

Debbie Sorkin, who chairs the alliance’s working group on public health, agrees: “Not having something seen as the property of any one institution or organisation helps enormously.”

Richard Simmons, the last chief executive of CABE, says the alliance has succeeded in reaching out beyond professions and public bodies to mobilise the involvement of community groups. “It’s not just the usual suspects but has been successful at drawing in people from community groups, which is an advance.”

The role of Carmona and his team has been “extremely important”, says Max Farrell, who is spokesman for his father’s review. “It wouldn’t have happened without them. They have dedicated a lot of their time and been extremely passionate about it. It has helped it be more than a coalition of the willing.”

Sorkin, who chairs the alliance’s working group on public health (see ‘Healthy Places’, right), says it is also important that the alliance is based in an academic environment. “We are always keen to work from an evidence base and obviously having something housed in a university, which by its very nature is consistent with evidence, helps in that respect.”

Since that first Big Meet in the UCL quad, a further five such events have been held, which have focused on issues such as design review and raising the quality of new housing. Speakers have included Brandon Lewis, the then Minister of State for Housing and Planning. In addition, three regional Big Meets have taken place over the past year in Birmingham, Cornwall and Wakefield. And July 2016 saw the first Place Alliance Summer School at UCL.

However, the danger of loosely structured organisations, such as the alliance, is that they can end up as talking shops that never achieve anything tangible. Carmona is alive to this concern. To keep on track, the alliance has set up a number of working groups. Some of these are taking forward specific recommendations of the Farrell Review, such as supporting the establishment of a network of ‘urban rooms’ (see box).

Other working groups focus on issues such as how good-quality urban design can promote better public health. Another, which meets at Farrell’s practice, concentrates on public art.

The alliance is also playing an active role in debates about the future of the built environment. Carmona served as special advisor to the House of Lords Select Committee on National Policy for the Built Environment’s inquiry into Building Better Places, which culminated in a report earlier this year. And the alliance became the forum for concerns about the government’s new system of ‘permission in principle’ – effectively providing fast-track consent on zoned sites – which was introduced in the recently passed Housing and Planning Act.

It has since prepared a paper for the Communities and Local Government department, suggesting the use of design codes to ensure good-quality development comes forward on such sites. In addition, many of the alliance’s key figures have collaborated on a new handbook on design in the built environment, which is due to be published in 2017 by the RIBA. This publication will provide a handy annex for planners to the National Planning Policy Framework.

Another resource is the alliance’s website, placealliance.org.uk. Farrell says: “When doing the Farrell Review, it took so long to find out all the things that different institutions are doing. The Place Alliance can be a central repository and resource where all of that information is uploaded in an opensource way.”

However, a clear drawback with the alliance remains the lack of resources at its disposal. Noting transport minister John Hayes’ recent comments about the poor design quality of much transport infrastructure, Simmons says: “Although the government says it cares about design, it doesn’t actually resource it.”

For Carmona, in the meantime, it is key for the alliance to continue bringing together those seeking to raise the bar in creating good new places. “We are not here to compete with others. We are here to better coordinate what is happening already.”

One of the Farrell Review's recommendations was the creation of a network of so-called urban rooms. A common idea in China, the review envisioned these rooms as places where members of a community could meet to find out about the history of, and future plans for, their area.

Since the Place Allianceís establishment, a number of urban rooms have been set up. Some, like the New London Architecture Centre, are long-established and housed in existing premises. Another example is the Architecture Centre in Bristol's Harbourside area, which originally opened in 1996. Both are open throughout the week. By contrast, the Live Works urban room was set up by Sheffield University School of Architecture in a new city centre premises.

But other urban rooms have been more ephemeral by nature. Blackburn is Open has opened for a month at a time in pop-up spaces. It has hosted exhibitions, workshops, seminars and films about the historical development of the Lancashire town and the future planning of its day- and night-time economy. A similar pop-up urban room set up in Newcastle generated 2,500 comments about the development of the city.

Recent years have seen an increased awareness of the role that the built environment can play in promoting healthy lifestyles, such as via the creation of facilities for cycling and walking.

“Public Health England is very much thinking of its role as being about the health of the public not just epidemiology; what it means to live in a healthy place, and the difference that this can make to peopleís life chances and opportunities,” says Debbie Sorkin.

Even GPs are prescribing boilers for people with respiratory problems rather than just dishing out antibiotics to deal with the symptoms, she adds. And walkability is rising up the agenda of developers such as Berkeley Homes.

Meanwhile, local government has taken over responsibility for public health from the NHS. One of the levers that councils can use to discharge this new duty is through the exercise of their planning powers. To help spread the word about best practice in the field, the Place Alliance has set up a working group on public health. The group is stocking the alliance’s website with best practice for planners and urban designers about how they can create places designed with healthy lifestyles in mind.

Sorkin says: “The Place Alliance seemed the natural home for making those connections – making sure that people could hear about what is going on elsewhere.”