Shine Wanna Aung was a student in the 2019 cohort of UCL Institute for Innovation and Public Purpose (IIPP)'s Master of Public Administration (MPA). 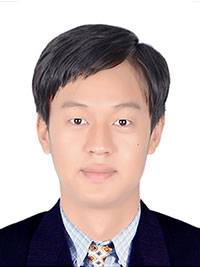 Shine Wanna Aung hails from Myanmar and participated in a placement at the London Legacy Development Corporation during his study at IIPP. He has a background in strategic management and social policy contexts. During his stay in Myanmar, Shine contributed as election monitor in the 2015 General Election and 2017 By Election, and partook in voter education and civic engagement schemes as a volunteer. Before joining IIPP, he completed his Master’s degree in public policy at KDI School of Public Policy and Management, South Korea. Shine aspires to be a policy practitioner with strong expertise in drafting innovative policy design. Shine is a Chevening Scholar awarded by the Foreign and Commonwealth Office of the United Kingdom. His interests include travelling and exploring new things.