This report examines some of the financial and legal barriers to the creation of a NIB along the lines proposed by Labour. 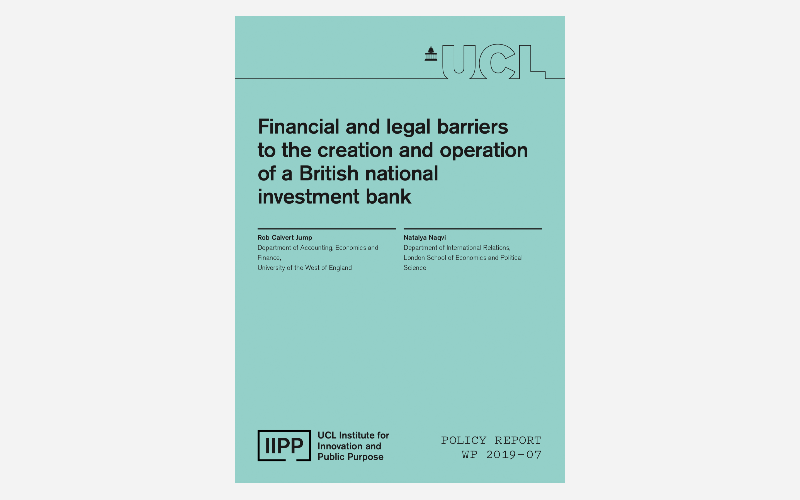 There is growing momentum in the UK for the creation of a British National Investment bank (NIB) that would bring the UK into line with other large advanced economies, all of which have NIBs of varying forms and sizes. This is due to both the UK’s poor track record in providing patient finance (Mazzucato and Macfarlane, 2017) and because of the threat of Brexit which would involve the European Investment Bank (EIB) winding down its significant UK lending activity (House of Lords, 2019).

The Labour Party introduced plans to create a NIB in its 2017 manifesto, with a supporting document entitled, “A National Investment Bank for Britain: Putting Dynamism into our Industrial Strategy” laying out some of the key characteristics of the policy (Labour Party, 2017). This policy note examines some of the financial and legal barriers to the creation of a NIB along the lines proposed by Labour.

Department of Accounting, Economics and Finance,
University of the West of England