Roly Keating has been Chief Executive of the British Library since September 2012. 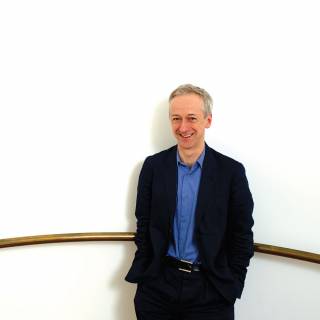 In his tenure so far he has overseen a series of significant developments including the historic move to large-scale digital collecting through legal deposit; the incorporation into the Library of the Public Lending Right service; the Library’s successful and popular 800th anniversary commemorations of Magna Carta; the launch of the Knowledge Quarter, an innovative partnership of over 70 knowledge-based organisations near the Library’s London HQ; the creation of a national network of Business and IP Centres in major regional libraries; and the launch in 2015 of Living Knowledge, which sets out an ambitious vision and strategy for the Library’s growth and development towards its fiftieth anniversary in 2023.

Roly joined the Library after a long and successful career as a programme-maker and broadcasting executive at the BBC, where he played key roles in the launch of UKTV, as its first Head of Programming, and BBC Four, as its launch Controller in 2002, before moving on to become Controller of BBC Two and Director of Archive Content, with editorial oversight of the BBC's online services including BBC iPlayer.

Roly is a member of the board of Channel 4 and a Trustee of Turner Contemporary in Margate and the Clore Leadership Programme.  He chairs the Knowledge Quarter Board and the Conference of European National Librarians.  Roly holds Honorary Doctorates from the Universities of Lincoln, Warwick and York.