June Sekera is a Senior Research Associate at IIPP and a public policy practitioner and researcher whose work and publications are focussed on the public economy and public goods production. 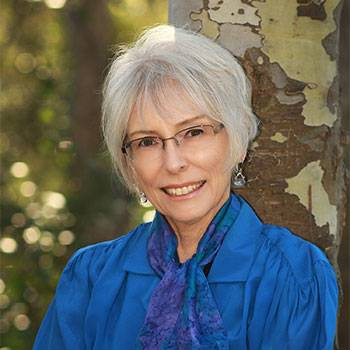 At IIPP June will help lead the institute’s Public Value initiative, whose goals are to reinvigorate the concept of public value in economics and to operationalize a framework – rooted in public purpose – for crafting policy, measuring efficacy, and recognizing and rewarding innovation.

Author of The Public Economy in Crisis; A Call for a New Public Economics (Springer, 2016), June has published a wide range of papers on public goods and public non-market production.  Her recent studies have concentrated on the systemic dynamics and drivers of the public economy, and on the problems of outcomes measurement in non-market environments.

June is a public policy practitioner and researcher whose work and publications are focussed on the public economy and public goods production.

Founder of the independent Public Goods Institute, June is also a Research Fellow at the Global Development And Environment Institute (GDAE) at Tufts University, where she established and leads GDAE’s Public Economy Project.  Initiatives and projects at GDAE have included: a conference in 2017 on “Restoring Public Control of Public Goods,” funded by the Rockefeller Brothers Fund and sponsored by GDAE; a study of government outsourcing in the U.S.; and organiser and co-editor of a special issue of the Real World Economics Review on the public economy and public economics Real-World Economics Review, The Public Economy and A New Public Economics. As Director of the Public Goods Institute, and in collaboration with the Harvard Kennedy School Alumni Association, June has organized and led two colloquia on “Thinking About Public Goods.” June is also a Visiting Scholar at the New School for Social Research, Heilbroner Center for Capitalism Studies, where she is leading a project on “Climate, Capitalism and Collective Needs.”

For over twenty years June held programmatic, leadership and management positions at federal, state and local levels of government in the United States.  Her areas of content specialization include workforce training and development, labor exchange, adult education, employee ownership and economic development.  As Vice President for Performance Management at Massachusetts’ Commonwealth Corporation she led the agency in establishing and managing a performance planning and outcomes measurement system. As President of the Sonhomish County Workforce Development Council, her leadership focussed on increasing the public value of the agency’s workforce training and economic development programs.

June has been a consultant to national, state and local government and non-profit organizations on policy formulation,  program design, performance measurement and management, program evaluation and strategic planning.  Her economics training was at the Massachusetts Institute of Technology and at Harvard’s Kennedy School of Government (MPA, 1984).