Jayati Ghosh is Professor of Economics at the Centre for Economic Studies and Planning, School of Social Sciences, Jawaharlal Nehru University, New Delhi. 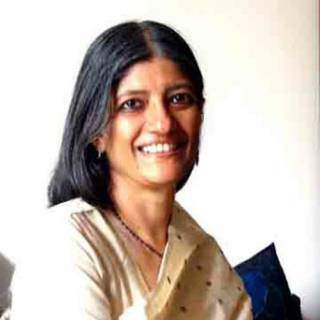 She was born in 1955 and educated at Delhi University, Jawaharlal Nehru University and the University of Cambridge, England where she obtained her Ph.D. in 1983.

She has a wide range of research interests, including globalisation, international trade and finance, employment patterns in developing countries, macroeconomic policy, issues related to gender and development, and the implications of recent growth in China and India.

She has authored and/or edited a dozen books and more than 160 scholarly articles.

Her research output has been recognised through several prizes in India and abroad. She was awarded the International Labour Organisation’s Decent Work Research Prize for 2010 in Geneva, and also received the NordSud Prize for Social Sciences 2010 of the Fondazione Pescarabruzzo, Italy. She was the principal author of the West Bengal Human Development Report 2004 which received the 2005 UNDP Award for excellence in analysis. She has received the Ava Maiti Award and the Satyendranath Sen Prize from the Asiatic Society, Kolkata. She has also received the Malcolm Adisheshaiah Award for distinguished contributions to the social sciences in India in November 2015. She was Conference President of the Indian Society for Labour Economics in December 2013 and was Co-Chair of the Scientific Committee of the World Social Science Forum held in Durban, South Africa in September 2015.

Since 2002 she has been the Executive Secretary of International Development Economics Associates (IDEAS), an international network of heterodox development economists (www.networkideas.org). She is Founding Trustee of the Economic Research Foundation (www.macroscan.org).

She has some experience in advising on policy-related issues for state and central governments in India as well as some governments in other countries. She was the Chairperson of the Commission on Farmers’ Welfare in 2004 constituted by the state government of Andhra Pradesh in India, and Member of the National Knowledge Commission reporting to the Prime Minister of India (2005-09). She has been on several Working Groups and Advisory Committees of the Government of India relating to various developmental issues. She has consulted for a large number of international organisations, including ILO, UNDP, UNCTAD, UN-DESA, UNRISD and UN Women. She is a member of a large number of advisory boards of institutions and academic journals.

In addition to her academic work related to teaching and research, for many years she has been (and remains) a regular columnist for several newspapers and journals in India, including Frontline and Businessline, as well as global online blogs such as Triple Crisis Blog. She also writes occasional articles on economics and current affairs for The Guardian newspaper of London, UK and The Indian Express.

She has been closely involved in working with progressive organisations and social movements. She also maintains an active interest in western classical music, has been concert reviewer for two newspapers and is currently Vice-President of the Delhi Music Society. She is married with one daughter.