For over thirty years, Hermann Hauser has contributed to the translation of science into business. 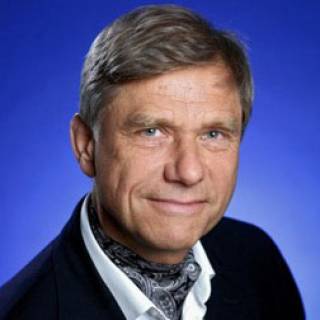 As a science-based innovator and serial entrepreneur, Hermann has successfully developed and financed over 100 high-tech companies whilst offering inspiration and mentorship to the next generation of entrepreneurs.

He is best known for setting up Acorn Computers — developer of the iconic ‘BBC Micro’ — in 1978 and its spin-out, microchip design company ARM Holdings, in 1990. He went on to co-found Amadeus Capital Partners in 1997, a venture capital company through which he has built several technology companies. These include Solexa, a next-generation DNA sequencing firm that was sold to biotech giant Illumina for $600 million in 2007 and CSR (Cambridge Silicon Radio)which was sold for $2.5bn to Qualcomm.

In 2001, Hermann received an honorary CBE for his innovative service to the UK enterprise sector and an honorary KBE in 2015. As the author of a 2010 influential report, he called for the UK government’s investment in a network of technology and innovation centres. This led to the creation of ‘Catapult’ centres, which are helping small firms and university spin-outs to commercialise their prototypes.

Hermann is a Fellow of the Institute of Physics and of the Royal Academy of Engineering and an Honorary Fellow of King's College, Cambridge. In 2004 he was made a member of the Government’s Council for Science and Technology and in 2013 he was made a Distinguished Fellow of BCS, the Chartered Institute for IT.