Artist Cornelia Parker is internationally renowned for her sculpture and installations, and is an advisory board member at the UCL Institute for Innovation and Public Purpose (IIPP). 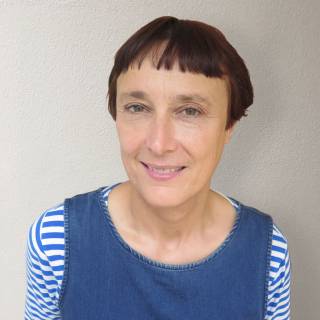 Her concerns are with formalising things beyond our control, containing the volatile and transforming it into something that is quiet, contemplative and often tragi-comic. Through a combination of visual and verbal allusions her work triggers cultural metaphors and personal associations. Some of her most noted works include The Distance (A Kiss with String Attached) (2003), The Maybe, in collaboration with Tilda Swinton (1995), and Cold Dark Matter: An Exploded View (1988-9).

Parker’s work is included in many private and public collections internationally, including Metropolitan Museum NY, Tate Gallery, Brooklyn Museum of Art, de Young Museum San Francisco, MoMa NY, Centre Pompidou Paris, V&A Museum London, and Yale Center for British Art. Nominated for the Turner Prize in 1997, elected as a Royal Academician (2009) she was appointed an Officer of the Order of the British Empire (OBE) in 2010. She has been awarded honorary doctorates from The University of Wolverhampton (2000), The University of Birmingham (2005), the University of Gloucestershire (2008) and Manchester University (2017). She was Honorary Professor at Manchester University between 2014-2017, and Visiting Fellow at Lady Margaret Hall, Oxford between 2016-2019. She lives and works in London.

In conversation with Alan Rusbridger