The Council on Urban Initiatives (CUI), co-chaired by Mariana Mazzucato, Director of UCL Institute for Innovation and Public Purpose (IIPP), and Ricky Burdett, Director of LSE Cities, was set up one year ago today. 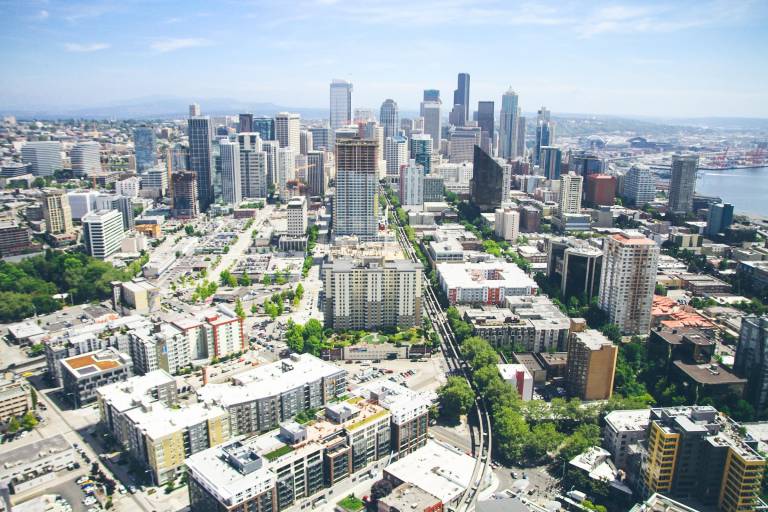 The CUI was set up by UN-Habitat, UCL IIPP, and LSE Cities at the London School of Economics and Political Science to advocate for the power of cities to promote systemic change and progressive policymaking in order to achieve the goal of green, just, and healthy cities. The 18 CUI members include the mayors of Bogotá, Barcelona, Freetown, Gaziantep, Mexico City and New Orleans, along with leading academics, designers and architects. The CUI was launched at the British Academy in London with a public event, Cities at the Crossroads, during which the UN Secretary General António Guterres and UN-Habitat Executive Director Maimunah Mohd Sharif both delivered keynote speeches, expressing their commitment to the CUI and stating its important role in helping to shape international agendas on city governance, planning and design.

“The Council on Urban Initiatives has an important role in reframing how we think about cities and urban governance, shape the international agenda, share best practices and fast-track innovation…The United Nations is fully committed to working with you to connect the local with the global and together achieve green, just and healthy cities that help us to deliver on our global commitments,” says Guterres.

"We need leadership in thought that turns the latest science into practice at scale, supported by the right kings of policies. I highly appreciate the work of the Council, as we ask ourselves critical questions, think outside the box, and find solutions at scale. UN-Habitat, as focal point within the UN system, will use the work of the Council on Urban Initiatives to raise the bar within the United Nations and inform progressive policymaking, with a view to designing cities that are healthier, more sustainable and more equitable," says Sharif.

Throughout its first year, the CUI has been active in international forums, notably the World Urban Forum held in Katowice, Poland from 26-30 June 2022. The CUI hosted a Special Session, Shaping Equitable Futures, designed to explore examples of cities developing critical transformations to deliver more equitable futures, which included testimony from city leaders.

“Since its launch one year ago, the Council has been at the forefront of the debate on cities at the international level. With its multidisciplinary membership of urban leaders, from mayors to architects and academics, the Council is uniquely placed to influence wide ranging narratives on the design, structure and governance of cities. The Knowledge Partnership with Impact on Urban Health will support the research and engagement activities of the Council, enabling the Council to advance its mission to promote progressive urban change,' says Professor Burdett.

During the Special Session the CUI also launched its first case study report, which explores examples of two cities adopting radically transformative approaches to global challenges, the care system in Bogotá, Colombia, and refugee integration in Gaziantep, Turkey. The report explores the enablers and barriers to transformation in these cities. Drawing on this report, Council member Dan Hill, Director of the Melbourne School of Design recently spoke to Diana Rodriguez, Secretary of Women’s Affairs for the city of Bogotá, to discuss the key elements of the city’s care system, and the iterative approach to policy design and implementation which underpins it.

"The Council on Urban Initiatives has an exciting year ahead. I - and the UCL Institute for Innovation and Public Purpose - are looking forward to continuing our work with Council members: inspiring and creative leaders who are advancing progressive policy agendas. The Council serves as a platform for city-leaders, academics, and practitioners to come together and share experiences so that we can, collectively, co-design tools that will advance transformative change,” says Professor Mazzucato.

Going forward, the CUI plans to launch a working paper in 2023 on the Right to Housing and the mission-oriented approach, led by Mariana and Leilani Farha, Council member and Director of The Shift. The CUI will continue its engagement at international forums and advance its mission to shape global narratives on cities.

To fund and support this critical work, the CUI has entered a Knowledge Partnership with Impact on Urban Health. Rooted in the London boroughs of Lambeth and Southwark, Impact on Urban Health aims to invest, test and build an understanding of how cities can be shaped to better support health. Focusing on complex health issues that disproportionately impact people living in cities, they work with local, national and international organisations, groups and individuals to achieve long-lasting change. The Knowledge Partnership will promote mutual learning and information sharing across both organisations. Impact on Urban Health’s unique expertise on how inequalities impact our health in inner-city areas will inform the CUI’s work, and through its global platform and multidisciplinary membership, the CUI will share transformative initiatives developed by city governments around the world which may support the design of programmes in Lambeth and Southwark.

“Solutions to urban health challenges exist all around the world. We’re delighted to be supporting the Council on Urban Initiatives as a Knowledge Partner, helping cities learn from one another about how to make urban areas healthier for everyone. At the same time, we see the partnership as a great opportunity to share what we’re learning on the ground in the London boroughs of Lambeth and Southwark, one of the most diverse areas in the UK and a mirror to the world's population. We’ve been impressed with what the Council has been able to achieve in its first year, and we are looking forward to drawing on our combined experience and knowledge to promote innovation, centre the perspectives of the communities most affected by health inequalities, and raise the profile of urban issues in global debates going forward,” says Kieron Boyle, CEO, Impact on Urban Health. 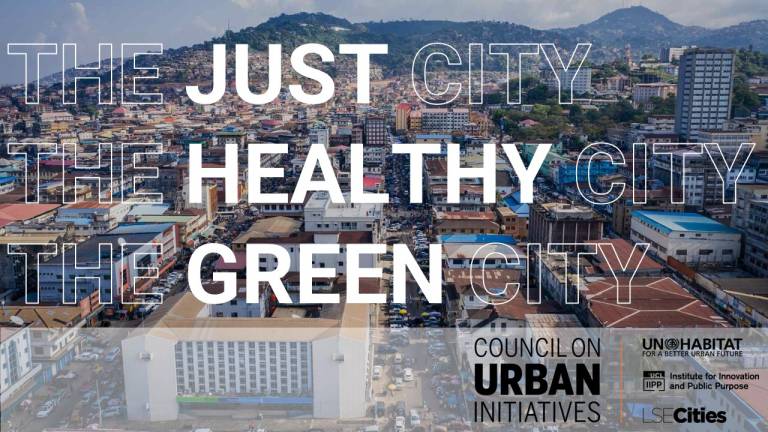