HURRY UP PLEASE IT’S TIME is a new art piece that has been commissioned by University College London’s (UCL) Institute for Innovation and Public Purpose (IIPP) ahead of the climate conference COP26 to highlight the urgent need to address the climate crisis now. 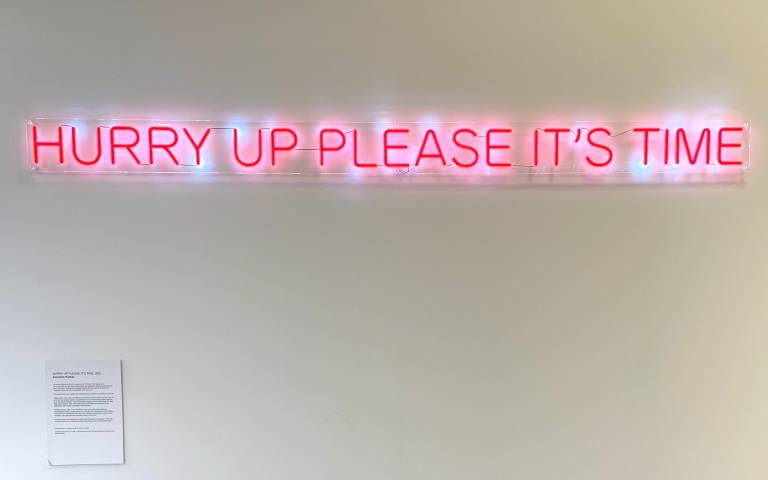 Cornelia Parker, one of Britain's most acclaimed contemporary artists, has adopted an urgent phrase from TS Elliot's The Waste Land to create this large neon artwork, commissioned by IIPP, which is being displayed in The Scottish Exhibition Centre, the principal venue for COP26.

An iteration of the work in the form of a 1m long lightbox will be featured at a COP26 panel event on 10 November in the EU Pavilion, hosted by the Government of Spain in collaboration with IIPP, chaired by Mariana Mazzucato, Professor in the Economics of Innovation and Public Value at UCL and Founding Director of IIPP.  Panellists - representing past, present and future hosts of COP - will include the Deputy Prime Minister and Minister for the Ecological Transition and Demographic Challenge of Spain, Teresa Ribera, and First Minister of Scotland, Nicola Sturgeon. They will discuss the need to urgently put climate change at the centre of economic and social policy. Register here to attend virtually.

The lightbox will also be showcased at the launch of the new Council on Urban Initiatives on 3 November 2021 at the British Academy in London -  a collaboration between UCL IIPP, UN Habitat and LSE Cities in which an international group of pioneering mayors, practitioners, designers, activists and academics will come together to raise the profile of urban issues and chart a path towards enabling just, healthy and green cities. 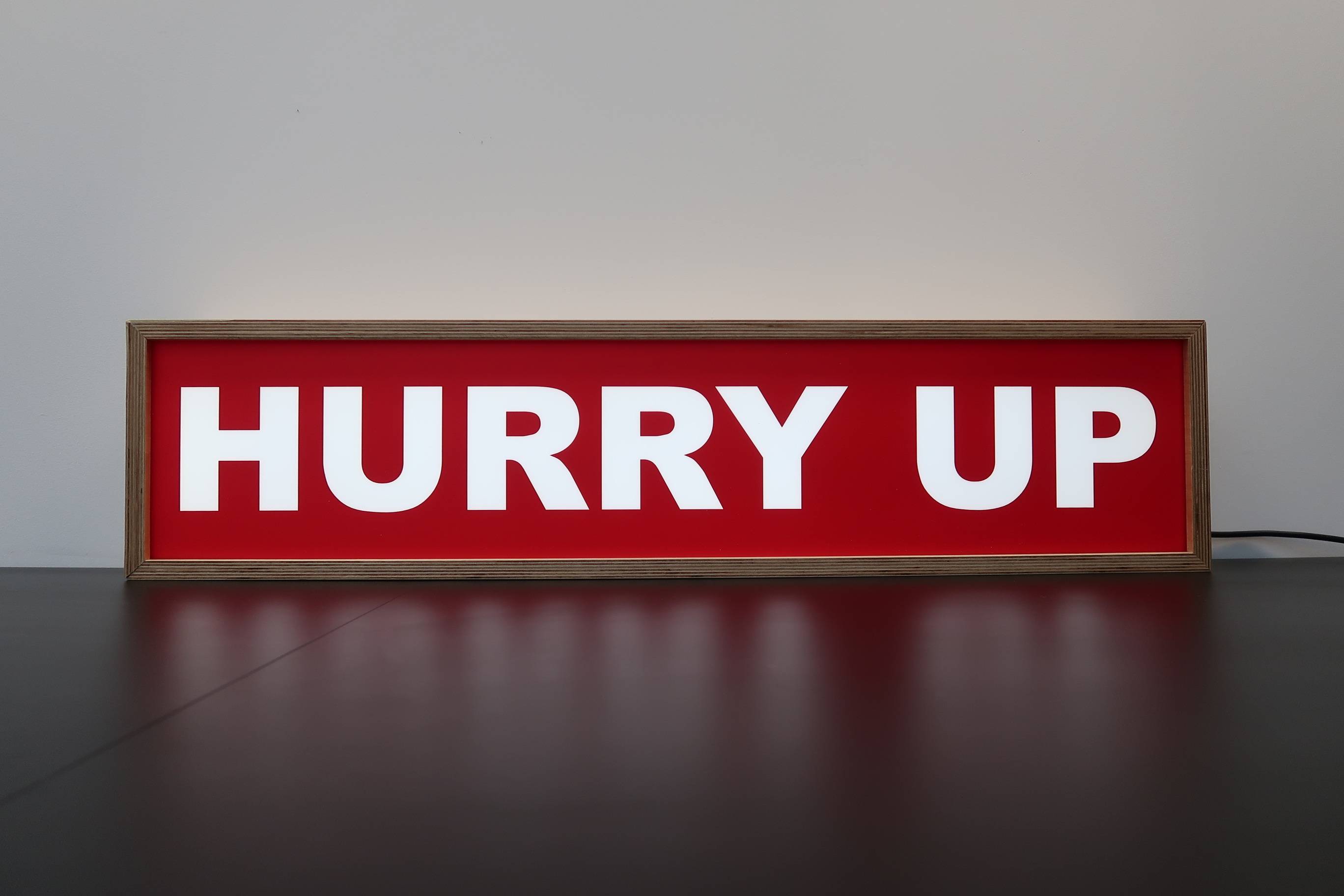 “‘This piece is a compelling reminder that we are running out of time to address the climate crisis. The time is past for lofty commitments that fail to translate into a radical redesign of how our economies are structured. Governments need to act now to put climate action at the heart of economic policy. Parker’s work brilliantly captures this call to action.’

“‘This work is intended to remind us that we need to act fast. We are all in the last chance saloon, but politicians are not responding quickly enough to avoid climate disaster. They are getting caught up in the detail when we need bold broad strokes. Now is the time for us to be brave and embrace all the difficulties, that making a paradigm shift requires.’