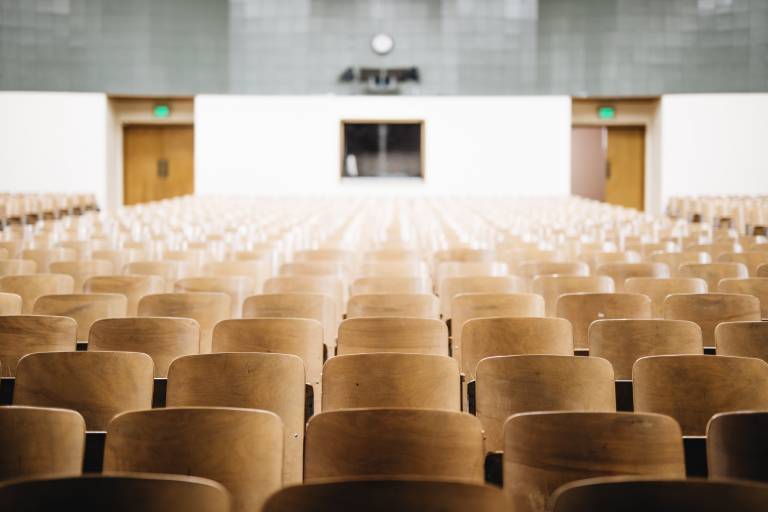 Joining 58 institutions across the UK who have committed to the three-day industrial strike action as part of the ‘Four fights’ campaign by the University and College Union (UCU), IIPP hosted a ‘teach-out’ in support of the fight for fair pay, reduce casualisation, better workloads and equal opportunity. According to a recent UCU survey, the average working week in higher education is now above 50 hours and pay for university staff has fallen in real terms by over 17% since 2009.

Led by Damon Silvers, IIPP Visiting Professor and Director of Policy and Special Council for the American Federation of Labor and Congress of Industrial Organizations (AFL-CIO), the virtual teach-out, which was supported by the Union, helped students and staff understand and situate the strike within the historical and global context. The teach-out emphasised the importance of industrial action in creating systemic change and the role of unions and industrial action in moderating capitalist economies.

““At IIPP we teach about the importance of social movements and collective action; supporting the strike and arranging this teach-out shows students that IIPP doesn’t stand apart from ideas that we discuss in class. It is important for us to demonstrate how organisations can take collective action in the face of inequality and problems like casualisation.”

“‘Striking in itself is a part of the human existence – humans have organised and demanded better of their employers from the very beginning of civilisation... the act of coming together to go on strike is one of the most courageous and simultaneously powerful acts one can do... it’s the ultimate form of collective action – by organising, bargaining and striking, we’re able to achieve the change we need when it comes to reforming unfair labour practices.’

If you would like to learn more about IIPP’s involvement in the UCU strike, please contact Dr Kate Roll.