IIPP Director Mariana Mazzucato delivered a key speech on the need for the state to reclaim its dynamic edge. 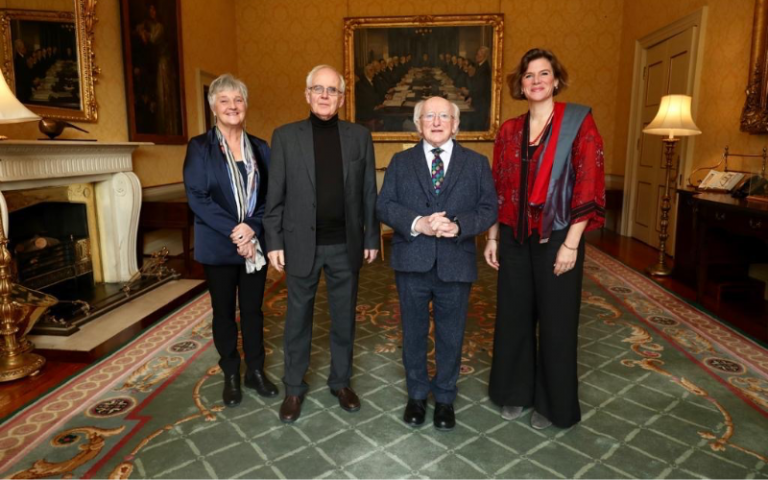 On November 12, IIPP Director Mariana Mazzucato was personally invited by Irish President Michael D. Higgins to speak at a seminar at his official residence Áras an Uachtaráin.

The seminar discussed the role of the state in addressing the grand challenges of our time, such as: reducing inequality and threats to the planet caused by climate change.

In President Michael D. Higgins’ opening speech called “Re-thinking Economics: The Role of the State” President Higgins referenced Professor Mazzucato’s book ‘The Entrepreneurial State: Debunking Public Vs Private Sector Myths,’ which acts as a guidebook for how the state can reclaim its entrepreneurial edge to handle the social and economic objectives of the 21stcentury.

“If I could be so bold as to assert what I believe to be the genius of Mariana Mazzucato’s contribution to this new, heterodox economics: it is in her seeking to uncover where wealth actually emanates, and in her provision of a fundamental re-appraisal of what constitutes real value in the economy,” he added.

He also said that for this economic paradigm shift to happen, an entrepreneurial state “at the centre of social and economic objectives” was vital.

His opening comments were followed by Professor Mazzucato who delivered her speech about the need for the state to move from a conventional market-fixing role to a market-shaping and creating role through bold and ambitious policies that move state capital investment towards innovation, which in turn creates economic growth that can be focused towards everything from education to health. 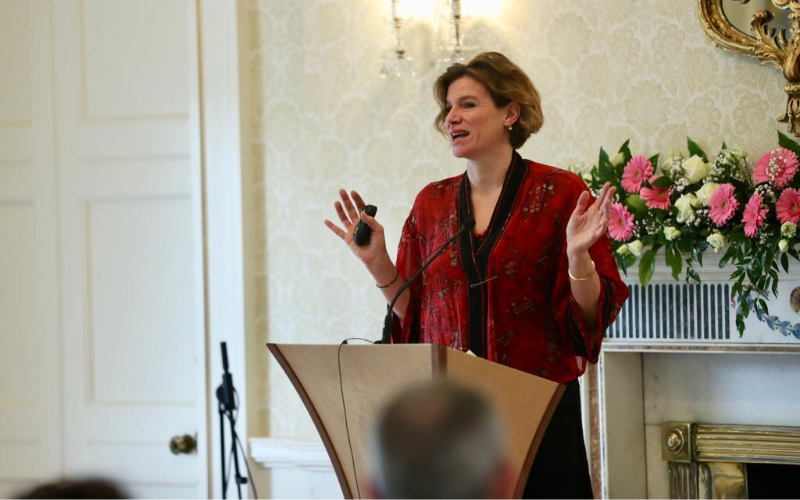 With the state taking a more active role, rather than a backseat, it can lead in fostering a sustainable and inclusive economy, which works for everyone rather than just the private sector.

After the event, the Irish Minister for Finance, Public Expenditure and Reform Paschal Donohoe tweeted that Professor Mazzucato’s contribution to the seminar had changed the debate of/context to public spending and influenced our department’s decision to increase capital spending.