Brian Eno joins the Advisory Board of IIPP

Musician, record producer and visual artist Brian Eno has joined the Institute for Innovation and Public Purpose (IIPP) as a member of its Advisory Board. 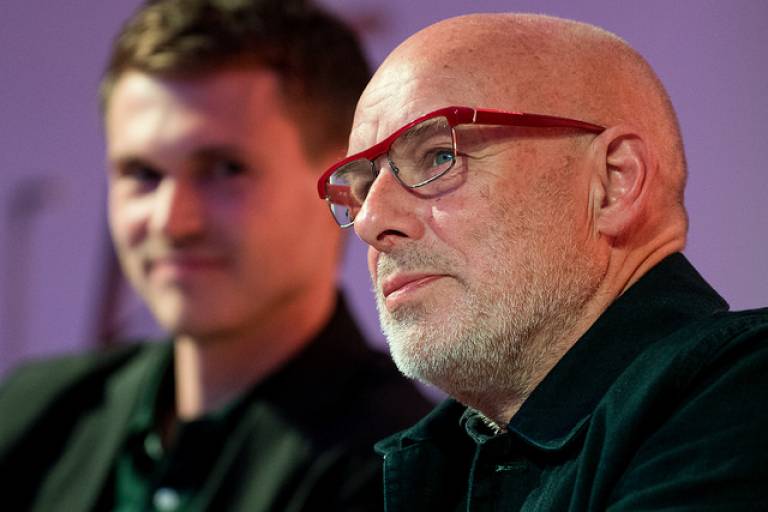 After delivering the grand finale of our public lecture series, Rethinking Public Value and Public Purpose in 21st Century Capitalism, at the British Library following three months of thought-provoking talks from a variety of esteemed leaders in economics, design and architecture, Brian Eno has joined the Institute for Innovation and Public Purpose (IIPP) as a member of its Advisory Board.

IIPP’s Advisory Board brings together inspirational and visionary figures from academia, business, arts and the public sector to help steer its strategic mission. On his appointment Brian said: “IIPP is doing urgently needed work around the world using mission-driven innovation to solve societal challenges. The team focuses on thought leadership in issues of public value, and on the development of conceptual tools to drive institutional and economic change. I am thrilled to join the institute’s Advisory Board, and hope I can bring insights from the cultural sector to help design a richer and more inclusive future.” 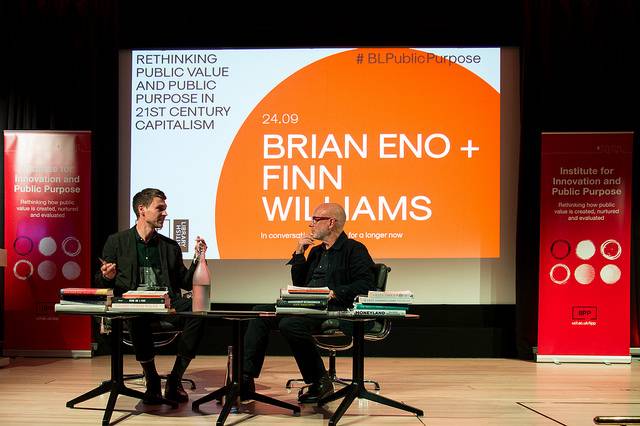 Brian attended the launch of the institute—just over one year ago—and has been engaged with its work ever since. In addition to being part of its first public lecture series, he also regularly attends the institute’s meetings of the Mission-Oriented Innovation and Industrial Strategy (MOIIS) commission.

Joined by Finn Williams, IIPP visiting professor and Fellow, and CEO of Practice Public, Brian Eno and Williams spoke about Planning for the longer now, exploring how the public sector might find a new agency to create a long-term public value. Watch the full lecture here:

Professor Mariana Mazzucato, Director of IIPP, says: “Brian has been part of the story of IIPP from the very beginning. His interest and enthusiasm for our work has continued to grow and it is amazing to have him join us as an Advisory Board member, where he will help steer the future of the institute. His understanding of how innovation and long-termism interact, as well as his key role in bringing public value concerns to the heart of the cultural sectors, make him an essential part of IIPP going forwards. ” 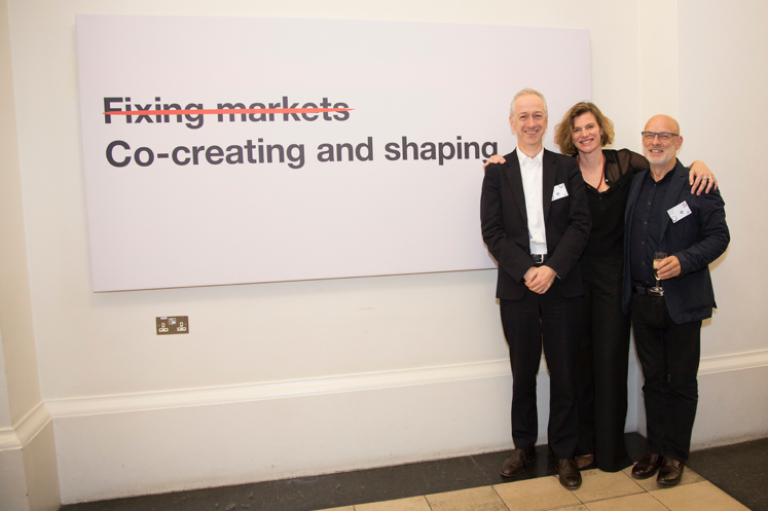 Chief Executive of the British Library and advisory board member, Roly Keating, with Professor Mariana Mazzucato and Brian Eno