IIPP has worked closely with and continues to support Greater Manchester towards its clean growth mission to achieve carbon neutral living in the city-region’s economy by 2038.

The UCL Institute for Innovation and Public Purpose (IIPP)’s founding Director, Professor Mariana Mazzucato, served as one of six expert commissioners. An IIPP specialist team of Professor Mazzucato, Dan Hill and Martha McPherson worked with the GMCA to develop a technical report that analysed how the city-region’s climate ambition could support innovation and global competitiveness using a mission-oriented approach.

GMCA subsequently embedded the proposed clean growth mission roadmap in their 5 Year Environment Plan and Local Industrial Strategy, becoming the first city in the world to adopt mission-oriented innovation with support from IIPP. As GMCA’s mission has begun to be implemented through these strategies, IIPP has observed and analysed the mission activities, providing advice and support to accelerate progress. Some of this work has included assessing the powers and roles GMCA has used to deliver the mission as well as the governance approach developed to engage actors throughout the city-region in its delivery.

IIPP has also contributed to an updated version of Greater Manchester’s IPR, One Year On, that is feeding into GMCA’s COVD-19 recovery Build Back Better campaign. IIPP shared analysis of this report to more broadly consider how mission-oriented innovation could be utilised as an approach by governments to respond to the climate crisis and COVID-19 recovery. In 2021, IIPP is working with GMCA to prototype new tracking and evaluation tools that will monito the dynamic progress of the mission activities. 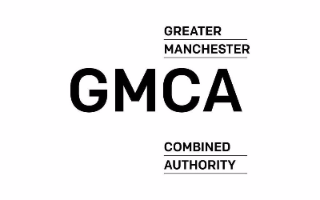 EIT Climate-KIC, a European knowledge and innovation community that identifies and supports innovation that helps society mitigate and adapt to climate change, through the PELICAN project.