From both an economic and cultural justice standpoint, the creation of Black British wealth is vital for us all. This lecture will consider the conclusions of the recently published ‘Inequality Risk: The Black British Wealth Creation Report’, presented by Professor Keith Magee who will be joined in conversation by Gavin Lewis, BlackRock UK, Managing Director.

Join us for the first in the Cultural Justice Lecture Series 2022 to hear Professor Magee and Gavin Lewis discuss 'Black Wealth Creation: How can Black British wealth creation help the overall British economy?'

This Cultural Justice Seminar will examine the risks posed by the current racial wealth gap, as identified by the report. Professor Keith Magee and leading expert Gavin Lewis, will explore the main obstacles to the development of Black wealth – disparities in access to capital, opportunity and information – and how they can be overcome in order to promote Black British wealth creation. Some of the report’s key findings on the potential impact of closing the wealth gap will be presented, including the estimation that the UK could see a £25.2 billion increase in GDP by 2025 if Black-founded small- and medium-sized businesses were given equal access to capital.

Background material linked to this lecture 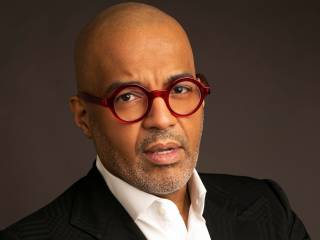 The Reverend Professor Keith Magee Th.D., FRHistS, FRSA is Senior Fellow and Visiting Professor of Practice in Cultural Justice at UCL Institute for Innovation and Public Purpose (IIPP), where he’s the principal investigator on Black Britain and Beyond a social platform and think-tank. He is also a Fellow at UCL Centre on U.S. Politics (CUSP). Equally essential, he is Professor of Practice in Social Justice at Newcastle University. Noted a public intellectual, Magee has a professional career of over three decades in public theology, public policy, and political affairs all leading to social justice. The Biden-Harris Administration’s US Ambassador to the Court of St James’s has appointed him to the U.S. - U.K. Fulbright Commission, having served on the Biden 2020 President Campaign’s African American Kitchen Cabinet. Previously, he served as a Senior Religious Affairs Advisor with the Obama-Biden for America in 2008 and 2012.

He serves as the Co-Chair of the Endowment Committee on the Board of the Congressional Black Caucus Foundation and Trustee of Facing History and Ourselves. He is an elected Councillor of Democrats Abroad U.K.  The Mayor of London Sadiq Khan appointed him as a Commissioner on Diversity in the Public Realm. He was elected as a Fellow of the Royal Historical Society and a Fellow of the Royal Society of Arts. He was inducted into the Morehouse College Martin Luther King Jr. Collegiums of Scholars. He is a life member of Kappa Alpha Psi Fraternity, Inc. and a member of Sigma Pi Phi Fraternity.

As a dyslexic, one of his most significant accomplishments is a co-creator of the Multicultural Initiative at the Yale Center for Dyslexia and Creativity. He has secured over $15 millions to develop programs and initiatives that advocate and support dyslexia globally. One of the efforts led to the co-founding the St. Joseph’s University Urban Teachers Masters of Education Residency Training Program.

Magee is a CNN, NBC, BBC and LSE contributor—on issues of social justice, politics, race, and religion. He is also the author of Prophetic Justice: Race, Religion and Politics, January 2021. 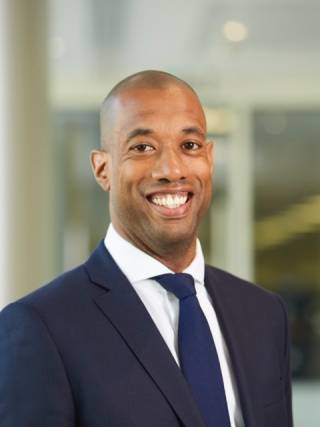 Gavin Lewis is Managing Director at BlackRock. He is responsible for the strategic direction and growth of the UK Local Government Pension Scheme segment. Previous to this Gavin held several leadership roles at Vanguard Asset Management including Head of UK Institutional and Wholesale Distribution, Head of UK Retirement and Head of European Consultant Relations. Gavin has also held positions UBS Asset Management and Russell Investments. Gavin holds a BA in History and Politics and from the University of London and holds the CISI Certificate of Investment Management.

Gavin has also been active in highlighting the challenges to increasing ethnic minority representation in the asset management industry and has attempted to find solutions. Gavin is a member of the asset management industry's Diversity Project and one of his key initiatives is co-creating the #Talkaboutblack a movement, dedicated to increasing the representation of Black Professionals in the asset management industry. He has worked with asset management firms to create mentoring circles for junior, mid and senior Black professionals, student events to help attract talent to the industry and an after-school programme designed to give disadvantaged secondary school pupils with the tools and aspirations to enter the corporate world. He is also a sponsor of BlackRock’s EMEA Black Professionals Network and UK Institutional Client Business Diversity, Equity and Inclusion and Culture Committees.

Gavin is a trustee board member of the Old Vic Theatre Trust and the NFL UK Foundation.  He has been recognised by the Black British Business Awards as the Senior Financial Services Professional of the year in 2020, he was awarded the Heart of BlackRock for driving a culture of empathy, trust and respect and is listed as one of the top 30 Black Professionals by the Powerlist’s, Power in the City bi-annual ranking in 2018 and 2020.