Is art for us? Connecting public value, activism and culture 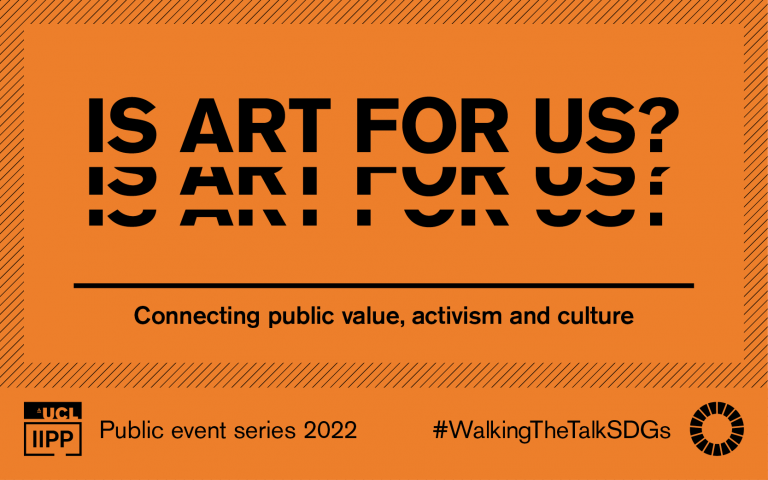 The UCL Institute for Innovation and Public Purpose (IIPP) invites you to join this discussion on 'Is art for us? Connecting public value, activism and culture' as part of the 'Walking the talk: Getting serious about the UN Sustainable Development Goals' event series.

Join Prof Mariana Mazzucato, IIPP Founding Director, as she chairs a panel discussion with, among other speakers, Frances Morris, Tate Modern Director and the artist Alvaro Barrington in 'Is art for us? Connecting public value, activism and culture'. Followed by questions from the audience.

Culture must be a cross-cutting force at the heart of each of the Sustainable Development Goals (SDGs). This session aims to explore the need to safeguard and promote culture as a source of identity, innovation and creativity at the individual and global level.

Over the last century, mainstream economics has equated value with price, distorting how we value and evaluate public investments. What is the value of a public museum? Its ticket sales, or the degree it can bring people into the museum who have never set foot in one before? How can we measure the individual, social and industry value of a public broadcaster? This session explores how value is created collectively and why communities benefit from a vibrant space for art, culture, and public media.

All events will be held on Zoom. Tickets are free, booking is required. If you are unable to reserve a place you will be able to catch up after the event. Each talk will also be uploaded to our YouTube channel at a later date.

Register and read more about the 'Walking the talk: Getting serious about the UN Sustainable Development Goals' series 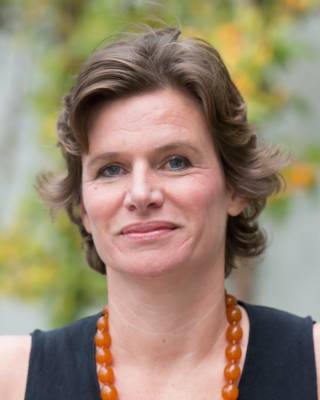 Mariana Mazzucato (PhD) is Professor in the Economics of Innovation and Public Value at University College London (UCL), where she is Founding Director of the UCL Institute for Innovation & Public Purpose (IIPP). She is the author of three highly-acclaimed books: The entrepreneurial State: Debunking Private vs. public Sector Myths (2013), The Value of Everything: Making and Taking in the Global Economy (2018) and the newly released, Mission Economy: A Moonshot Guide to Changing Capitalism (2021). She advises policymakers around the world on innovation-led inclusive and sustainable growth. Her current roles include being Chair of the World Health Organisation’s Economic Council on Health for All and a member of the South African President’s Economic Advisory Council, the Scottish Government’s Council of Economic Advisors, and the United Nations High-level Advisory Board (HLAB) on Economic and Social Affairs, among others. More about Prof Mariana Mazzucato 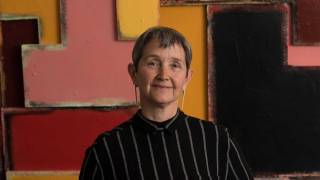 Frances Morris has played a key role in the development of Tate, joining as a curator in 1987, becoming Head of Displays at Tate Modern (2000–2006) and then Director of Collection, International Art until April 2016 when she was appointed to her current role. Frances was jointly responsible for the initial presentation of the opening collection displays at Tate Modern in 2000, which radically transformed the way museums present the story of modern art. Frances led the transformation of Tate’s International Collection, strategically broadening and diversifying its international reach, its representation of women artists and developing the collection of live art and performance and pioneering new forms of museum display. She has curated landmark exhibitions, many of which were large-scale international collaborations, including acclaimed major retrospectives of women artists, Louise Bourgeois in 2007, Yayoi Kusama in 2012 and Agnes Martin in 2015. In 2017 she co-curated Tate Modern’s major retrospective of Alberto Giacometti. More about Frances Morris 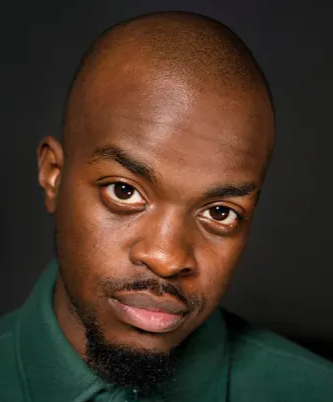 George the Poet is a London-born spoken word performer of Ugandan heritage. His innovative brand of musical poetry has won him critical acclaim both as a recording artist and social commentator and seen his work broadcast to billions of people worldwide. In the summer of 2018, he opened the Royal Wedding of Prince Harry and Meghan Markle with his poem ‘The Beauty of Union’, and in 2019, his audio offering ‘Have You Heard George’s Podcast?’ won a prestigious Peabody Award and 5 Gold British Podcast Awards, including the highly-coveted Podcast of the Year. More accolades followed in the years to come, including an NME Award, two Gold ARIAS, three New York Festival Awards and more. The podcast was described by BBC R4 as “a story that could change the world”. George recently launched chapter 3 of the podcast and is now embarking on a PhD at UCL'S Institute for Innovation and Public Purpose, under the supervision of the institute's founder, Mariana Mazzucato, and Reader in Educational Leadership At UCL's Institute Of Education, Dr. Karen Edge. More about George The Poet 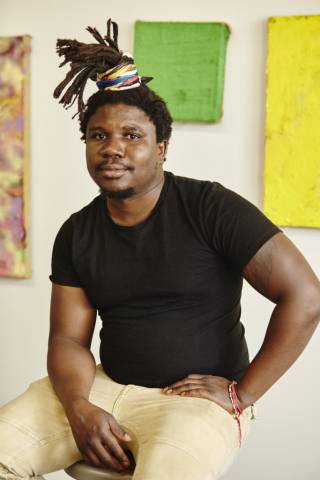 Alvaro Barrington is the child of Grenadian and Haitian migrant workers and was raised between the Caribbean and New York. Barrington’s practice explores interconnected histories of cultural production. Considering himself primarily a painter, his multimedia approach to image–making employs burlap, textiles, postcards, clothing and cast concrete exploring how such diverse materials can function as visual tools while referencing personal, political and commercial histories. Through this confluence of materials and subject matter Barrington engages histories of music and painting associated with the Caribbean, the socio–political context of his childhood in 1980s New York, and London where he is currently based.