Max Weber and the Neo-Weberian State 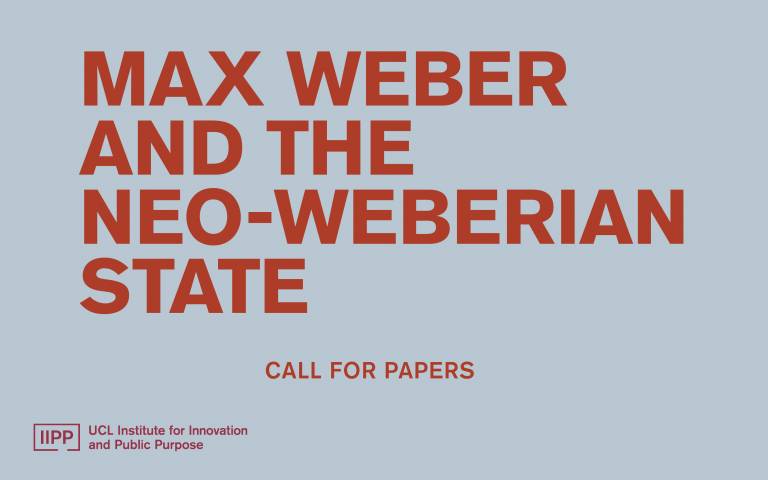 We live in a Weberian world – and now with Covid-19, more so than ever. This world is an administered one, and the global paradigm of bureaucracy is Weberian: Public Administration organized in hierarchies and long-term careers, driven by competences and governed by rules and files; PA that gets things done, effectively and efficiently; the same PA that was an indispensable feature of vocational modernity, in business, state, voluntary organizations, and charities.

Yet, since the 1980s, a reform movement called the New Public Management has carried out a sustained attack on this paradigm from a neo-liberal perspective which used the Weber label as its bête noire. And beyond nuanced critique, NPM also led a mostly ideological battle against PA: public-service ethos was declared dead and government part of the problem. Continental European countries that did not comply with the reforms were pronounced ‘laggards’. Christopher Pollitt and Geert Bouckaert then conceptualized these countries, in the early 2000s, as following their own model of bureaucracy – the Neo-Weberian State (NWS) – a Weberian paradigm updated by NPM insights. By now, the NWS has become also a normative, not only an empirical model.

However, “Weberian PA” has come to mean traditional global-Western PA generally, not specifically the kind of PA Weber was referring to. Some reservations against the former are up-to-date: its rigidity, impersonality, imperviousness to substantive ends and to human social interaction are rightly criticized. Beyond Weberian PA, in the face of societal challenges, we increasingly look to bureaucracy for an impetus for change. Can the NWS, as the updated version, drive innovation, shape markets and steer inclusive green transformation? How can civil society hold bureaucracy accountable without taking away the necessary level of autonomy?

At a time when the public sector, especially in the UK, is seen as being seriously in crisis, the NWS may yet provide a highly policy-relevant answer to all these questions, especially seeing that NPM has largely failed to fulfil its promises, and that the countries that retained a Weberian bureaucracy seem to have withstood the pandemic challenges much better than those which did not. Is, then, the NWS a suitable model to deal with our societies’ challenges by and beyond Covid-19, such as climate change and social justice?

Yet we must differentiate between the NWS, Weberian PA, and what Weber wrote. Was Weber even a Weberian, in the sense that he especially liked the model of bureaucracy that “Weberian PA” signifies today? He also was highly context-sensitive to the time and place he was writing in. Weber scholars, especially those with a more sociological background, and PA experts have in recent decades not communicated sufficiently with each other, arguably to the detriment of Weberian PA theory and practice. To bridge that gap and to get such a conversation going is therefore a timely idea.

University College London’s Institute for Innovation and Public Purpose and the journal Max Weber Studies therefore call for papers on all of the above issues. A one-day conference will be convened at and by UCL on 10 September 2021, including scheduled keynotes by Mariana Mazzucato and Geert Bouckaert; it will culminate in a high-level practitioner panel. A subsequent, themed issue of Max Weber Studies will then include reviewed workshop papers and other submissions. At least one slot is reserved for current PhD students.

Abstract submissions should not be longer than 300 words and should be sent to WeberNWS@gmx.com by 15 February 2021. The deadline to submit full papers will be 5 July 2021.