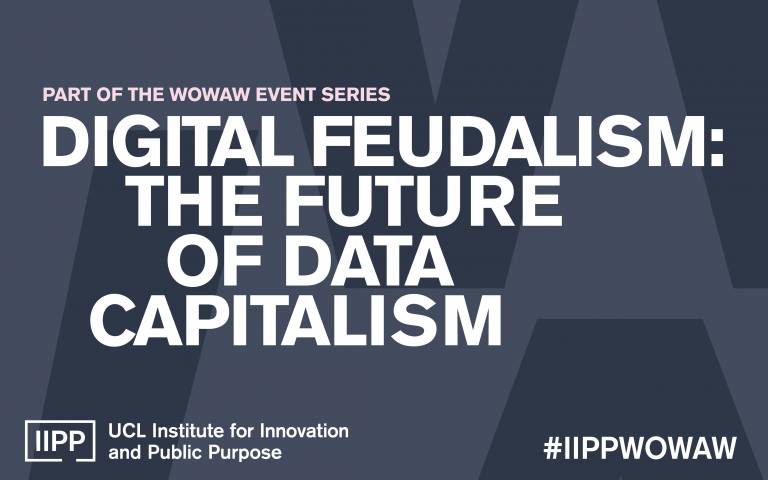 The UCL Institute for Innovation and Public Purpose (IIPP) invites you to join this exciting talk, debating the value of our data, who is entitled to it and how this can impact our digital future. The talk is part of the ‘Who owns what and why?’ (WOWAW) event series.

Big tech has reaped the rewards of global digital transitions, gaining a collective £2.7 trillion during the pandemic. Far from simply being large players, major digital platforms are restructuring digital capitalism itself, where the stakes are not simply about competitiveness but who actually shapes and owns our future digital selves. This talk explores how a better understanding of who owns key digital resources and infrastructure can help to disentangle digital value creation from digital value extraction.

What is the value of data? Who is entitled to the value that data helps to create? How do different ownership arrangements for data and digital infrastructure limit digital futures?

This talk is chaired by IIPP Director, Mariana Mazzucato, and will be joined by Shoshana Zuboff (Harvard Business School) and Tim O’Reilly (O’Reilly Media).

The talk is funded by the Omidyar Network as part of the ‘Who owns what and why?’ IIPP event series. Scholar, writer, and activist Shoshana Zuboff is the author of three major books, each of which signalled the start of a new epoch in a technological society. Her recent masterwork, The Age of Surveillance Capitalism, has been hailed as the tech industry’s Silent Spring and the Das Kapital of the 21st Century. Zuboff is the Charles Edward Wilson Professor Emerita at Harvard Business School.
Follow Shoshana on Twitter: @shoshanazuboff More about Shoshana Zuboff 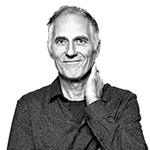 Tim O’Reilly is Visiting Professor of Practice at Institute for Innovation and Public Purpose. He is also the founder, CEO, and Chairman of O’Reilly Media, the company that has been providing the picks and shovels of learning to the Silicon Valley gold rush for the past thirty-five years. The company delivers online learning, publishes books, and runs online events about cutting-edge technology, and has a history of convening conversations that reshape the computer industry. If you’ve heard the term “open source software”, “web 2.0”, “the Maker movement”, “government as a platform”, or “the WTF economy”, he’s had a hand in framing each of those big ideas. He’s authored many technical books published by O’Reilly Media, including most recently ‘WTF? What’s the Future and Why It’s Up to Us’ (Harper Business, 2017) and is currently working on a new book about why we need to rethink antitrust in the era of internet-scale platforms.
Follow Tim on Twitter: @timoreilly. More about Tim O'Reilly

Director at Institute for Innovation and Public Purpose 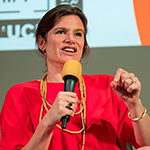 Mariana Mazzucato is Professor in the Economics of Innovation and Public Value at University College London (UCL), where she is the Founding Director of the UCL Institute for Innovation & Public Purpose.  She is the author of three highly-acclaimed books: The Entrepreneurial State: Debunking Public vs. Private Sector Myths (2013), The Value of Everything: Making and Taking in the Global Economy (2018), and the newly released, Mission Economy: A Moonshot Guide to Changing Capitalism (2021). She advises policymakers around the world on innovation-led inclusive and sustainable growth. Her current roles include being Chair of the World Health Organisation’s Economic Council on Health for All and a member of the South African President’s Economic Advisory Council, the Scottish Government’s Council of Economic Advisors, and the United Nations High-level Advisory Board (HLAB) on Economic and Social Affairs, among others.
Follow Mariana on Twitter:@MazzucatoM More about Mariana Mazzucato