Monetary and ecological hierarchies: towards a unified framework 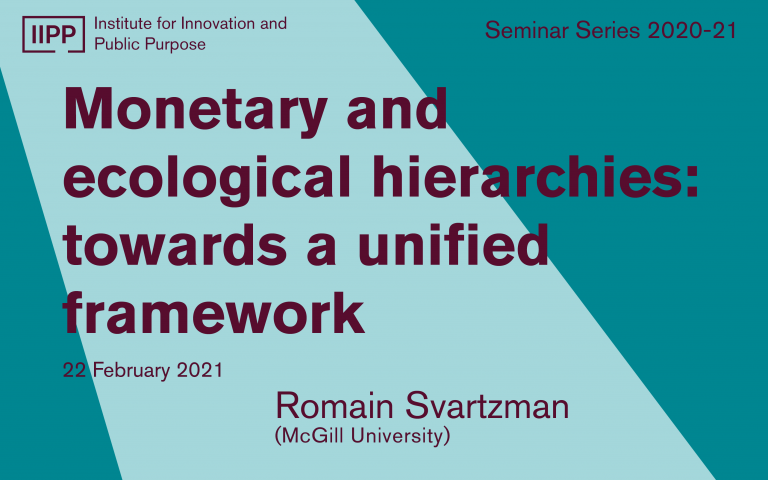 Join us to hear Romain Svartzman (McGill University) talk about his research on 'greening' the International Monetary System (IMS). The talk will be chaired by IIPP's Joshua Ryan-Collins with a discussion by Carolina Alves of Girton College, University of Cambridge. This will be followed by a Q&A from the audience.

This presentation will discuss a recent paper co-authored with Jeffrey Althouse, which focuses on the prospects of ‘greening’ the International Monetary System (IMS). Propositions have recently emerged to reform the IMS in order to address both global imbalances and ecological crises. While important, they typically approach these issues as separate phenomena.

In contrast, the paper that will be discussed develops a political ecology of global imbalances to explore how currency hierarchies are constituted and maintained through ecological hierarchies: monetary dominance depends upon the continuous and uneven flow of resources from Peripheral to Core countries. This connection between monetary and ecological hierarchies is particularly visible through the Chimerica relationship, which linked the international dominance of the US dollar to China’s coal-powered development.

While China is now transitioning away from its Peripheral status by seeking to reconfigure currency and ecological hierarchies to support its own resource-intensive growth, this trend also increases the likelihood of systemic ecological crises. This suggests that the quest for a balanced and green IMS requires a dramatic shift away from the Core-driven imperial modes of production, consumption and living. 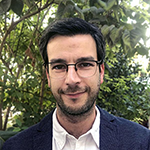 Romain Svartzman works as a research economist for a central bank, where he focuses on the integration of nature-related financial risks (including climate and biodiversity) into monetary policy and financial supervision. He previously worked for the International Finance Corporation (World Bank Group) and as an investor in ‘green’ technologies for a French venture capital firm.

Romain completed his PhD at McGill University (Canada). His thesis merged insights from post-Keynesian economics, institutional approaches to money and ecological economics. He is particularly interested in the political economy of the ecological transition, and in questions related to financialization and ecological limits to economic growth.