Are we paying twice for health innovation? 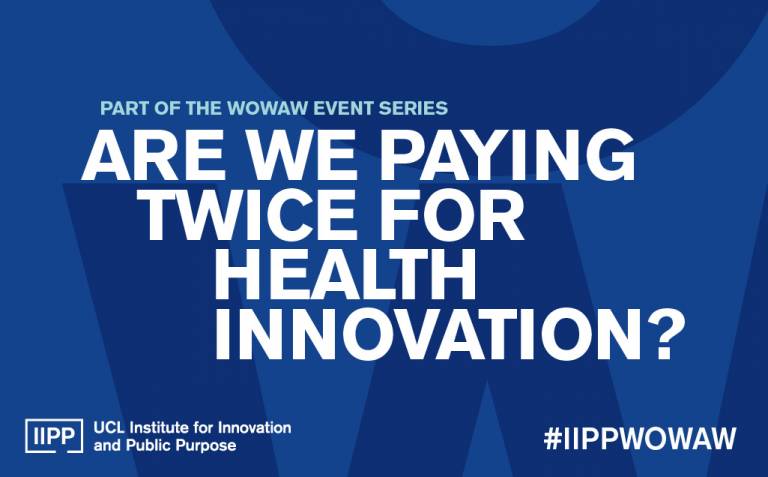 The UCL Institute for Innovation and Public Purpose invites you to join this discussion on the risks, rewards, and who benefits from the profits of medical innovation financed by the state. This talk is part of the ‘Who owns what and why’ (WOWAW) event series.

In the context of the current pandemic, and broader debates on biopharmaceutical and digital health innovation structures, this talk explores how the ownership of key knowledge and physical infrastructures, and the governance of public-private collaborations affects the development, manufacturing, distribution and accessibility of new health technologies in health systems. The discussion asks who benefits from the profits that derive from medical innovation financed by the state.

Who takes on the risk of health innovation today? Who reaps the rewards? And how do ownership configurations affect these dynamics of value extraction and creation?

This talk is funded by the Omidyar Network as part of the ‘Who owns what and why?’ IIPP event series.

Suerie Moon is the Co-Director of the Global Health Centre at the Graduate Institute Geneva and Professor of practice, interdisciplinary programmes and international relations/political science. Her current research projects focus on the international sharing of outbreak-prone pathogens and related benefits, and new business models of pharmaceutical R&D. Prior to joining the Graduate Institute in 2016, she was Lecturer on Global Health at the Harvard T.H. Chan School of Public Health where she continues to teach and advise doctoral students as adjunct Lecturer at the Harvard Chan School. She was Study Director of the Harvard-LSHTM Independent Panel on the Global Response to Ebola, head of Harvard’s research team on the Lancet Commission on Global Governance for Health, and co-directed the Project on Innovation and Access to Technologies for Sustainable Development at the Kennedy School of Government. She also co-founded and led the Forum on Global Governance for Health, a focal point at the university for research, debate and strategic convening on issues at the intersection of global governance and health. Her work has been published in leading academic journals and covered in mainstream media and speaks regularly at conferences, governmental meetings, legislative hearings and society convenings. She has served on a number of expert advisory bodies and boards, including most recently the WHO Fair Pricing Forum Advisory Group, and the Expert Advisory Group to the UN Secretary General’s High-Level Panel on Access to Medicines.
Follow Suerie on Twitter: @SuerieMoon and @GHC_IHEID 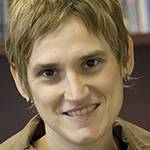 Amy is a Professor of Law at Yale Law School and the Faculty Co-Director of the Global Health Justice Partnership. She is also Faculty Co-Director of the Law and Political Economy Project and cofounder of the Law and Political Economy blog. She joined the Yale Law faculty in January 2012. Her areas of research include information policy, intellectual property law, international law, and global health. Prior to coming to Yale, she taught at the University of California, Berkeley, School of Law. She also served as a law clerk to Justices Sandra Day O'Connor and Stephen G. Breyer at the U.S. Supreme Court, and to Judge Guido Calabresi on the U.S. Court of Appeals for the Second Circuit. She received her A.B. from Princeton University, M. Phil. from Cambridge University, M.A. from Queen Mary and Westfield College at the University of London, and J.D. from Yale Law School. Follow Amy on Twitter at: @akapczynski More about Amy Kapczynski 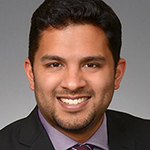 Victor is currently a resident physician at Boston Medical Center and clinical instructor in the Boston University Department of Family Medicine. As a dual-trained physician and sociologist, Victor focuses on the financialisation of biomedical innovation and its consequences for vulnerable patients and populations. He is also a Research Associate with the Institute for Innovation and Public Purpose and author of the forthcoming book 'Capitalizing a Cure: How Finance Controls the Price and Value of Health' (with University of California Press).

He is a co-founder and served as Executive Director of GlobeMed, a network of students now at over 50 university campuses partnering with communities around the world to improve the health of people living in poverty. He earned a doctorate in sociology from the University of Cambridge as a Gates Cambridge scholar and his M.D. at Northwestern University's Feinberg School of Medicine as a Paul and Daisy Soros New American Fellow.
Follow Victor on Twitter at: @victorroy

Visiting Fellow at UCL Institute for Innovation and Public Purpose Els Torreele is a researcher and advocate on Medical Innovation and Access, and Visiting Fellow at the Institute for Innovation and Public Purpose at University College London. A bioengineer and PhD in Biomedical Sciences from the Free University Brussels (VUB), she became involved in pharmaceutical and science policy with Médecins Sans Frontières (MSF), including the foundation in 2003 of the Drugs for Neglected Diseases initiative (DNDi), where she led R&D projects including developing a new drug for sleeping sickness. From 2009-16, she was the director of Access to Medicines and Innovation at Open Society Foundations (OSF) in New York, after which she rejoined the MSF as the Executive Director of their Access Campaign from 2017-mid 2020. She’s also an Honorary Science Fellow at the VUB.