Schumpeter, the Entrepreneurial State and China 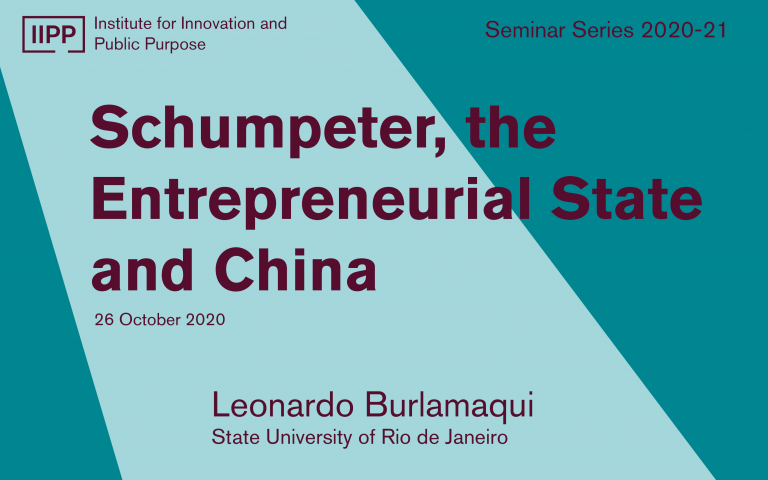 Join us for this IIPP Seminar Series talk, where Leonardo Burlamaqui (State University of Rio de Janeiro; The Levy Economics Institute) will introduce his new working paper, 'Schumpeter, the Entrepreneurial State and China’. Followed by a Q&A from the audience.

In the COVID-19 recovery-related ongoing debate, the call for “creative destruction” to do its job has some tracking among libertarians, and Schumpeter is their source of inspiration. However, this would not be his recipe for our time. Schumpeter’s unsystematic reflections on “state action” constitute a hidden and unexploited gem in his work. Their reconstruction points toward an institution that, through history, exercised the functions of market maker, macro-strategist, venture capitalist in chief (forging and funding industries, and crafting innovation and technology policies) and creative destruction manager (stimulating the creative part of the process in order to speed productivity enhancement and innovation diffusion and acting as a buffer to its destructive dimension). The main claim then, is that these traces are the building blocks of a proper theory of the State as an “entrepreneur”, and they are all in Schumpeter. Their contemporary relevance shows up in many developmental trajectories, but especially in China today. 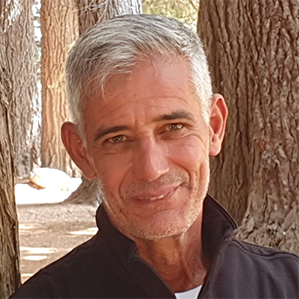 Leonardo Burlamaqui is Professor at the Department of Economic Evolution, State University of Rio de Janeiro, Research Scholar at the Levy Economics Institute–Bard College (New York), Adjunct Professor at Graduate Program in Public Policies and Development Strategies at the Federal University at Rio de Janeiro. He is also a member of the International Joseph Schumpeter Society and a contributing editor to the Post Keynesian Economics Forum. Previously he was a Senior Program Officer at The Ford Foundation in New York, directing the Reforming Global Financial Governance initiative. He has a PhD in Economics, awarded by the Federal University at Rio de Janeiro.