Schumpeter goes to China? Finance, Innovation and the Entrepreneurial State 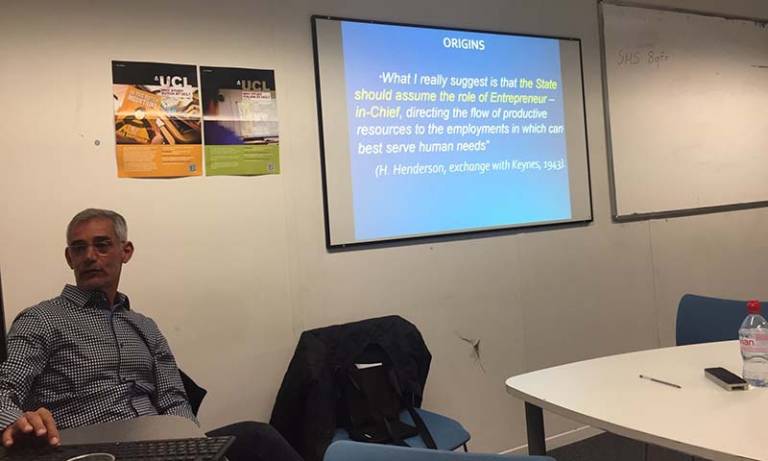 This seminar argues that the state can and should be seen to play a key role in Schumpeter’s theory of capitalist development via its support for investment co-ordination, innovation diffusion, and conflict management. Empirical evidence of this process can be found in East Asian tiger economies, in particular China.

Leonardo Burlamaqui is an Associate Professor at the Department of Economic Evolution, State University of Rio de Janeiro, a Research Scholar at the Levy Institute – Bard College (New York), an Adjunct Professor at Graduate Program in Public Policies and Development Strategies at the Federal University at Rio de Janeiro and a member of the International Joseph Schumpeter Society. Previously (2006-14) he was a Senior Program Officer at The Ford Foundation in New York,  directing the Reforming Global Financial Governance initiative. He has a PhD in Economics, awarded by the Federal University at Rio de Janeiro.