Time for an economics reformation 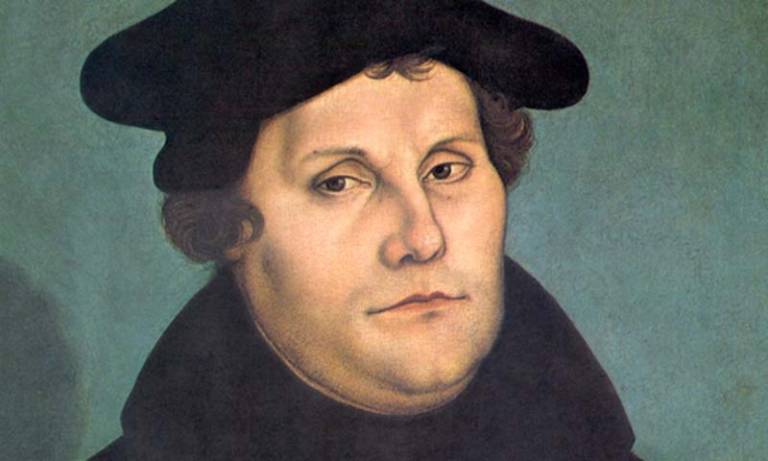 Neoclassical economics has become an unquestioned belief system dominating decision-making from money and savings to migration and sovereignty. This seminar will debate and challenge this position proposing an economics reformation.

To celebrate the 500th anniversary of Martin Luther's 95 Theses against the Catholic Church, a group of free-thinking Economists and students seek to challenge the current economics dogma and investigate the shaky foundations of the neoclassical faith. Challenging its assumptions about the nature of the economy, the creation of money, the behaviour of markets, the origins of growth, and the causes of crises.

We are proposing a new '95 Theses of the Economics Reformation’ to be discussed, challenged and debated by this panel and the audience, and nail our demands to the door of the economics establishment to mark the beginning of a new economics reformation.

Steve Keen, Professor and Head of the School of Economics, History and Politics at Kingston University

Professor Victoria Chick graduated with a Bachelor's and Master's from the University of California at Berkeley, writing a thesis on Canada's experience in the 1950s with flexible exchange rates. As a research student, she was taught by Hyman Minsky, although her interest in Keynes and his General Theory developed much later. After further study at the London School of Economics, in 1963 she secured a post at University College London where she remained for the rest of her career, being appointed to a Chair in 1993. At UCL her interests shifted from international economics to monetary theory and macro-economics. Her first major book, The Theory of Monetary Policy (1973), was a critical evaluation of both the Keynesian and monetarist approaches to macro-economics that were dominant of the time.

Professor Steve Keen is an Australian-born, British-based economist and author. He considers himself a post-Keynesian, criticising neoclassical economics as inconsistent, unscientific and empirically unsupported. The major influences on Keen's thinking about economics include John Maynard Keynes, Karl Marx, Hyman Minsky, Piero Sraffa, Augusto Graziani, Joseph Alois Schumpeter, Thorstein Veblen, and François Quesnay. Hyman Minsky's financial instability hypothesis forms the main basis of his major contribution to economics which mainly concentrates on mathematical modelling and simulation of financial instability. He is a notable critic of the Australian property bubble, as he sees it. Keen was formerly an associate professor of economics at University of Western Sydney. In 2014, he became a professor and Head of the School of Economics, History and Politics at Kingston University in London. He is also a fellow at the Centre for Policy Development.

Mariana Mazzucato is Professor in the Economics of Innovation and Public Value at UCL Institute for Innovation and Public Purpose. Her research has been funded by global organisations such as NASA, the Inter-American Development Bank and the EC. Her advisory roles include membership of the Scottish Government’s Council of Economic Advisors and the Advisory Board of SITRA. She is winner of the 2014 SPERI Prize in Political Economy, the 2015 Hans-Matthöfer-Preis and the 2018 Wassily Leontief Prize in Economics. Her book, The Entrepreneurial State, was one of the Financial Times’ 2013 Books of the Year. She is co-editor of Rethinking Capitalism and her next book is The Value of Everything (Penguin), forthcoming in 2018.

Kate Raworth is a renegade economist focused on exploring the economic mind-set needed to address the 21st century’s social and ecological challenges, and is the creator of the Doughnut of social and planetary boundaries. She is a Senior Visiting Research Associate at Oxford University’s Environmental Change Institute, where she teaches on the Masters in Environmental Change and Management. She is also a Senior Associate at the Cambridge Institute for Sustainability Leadership. Her internationally acclaimed idea of Doughnut Economics has been widely influential amongst sustainable development thinkers, progressive businesses and political activists.