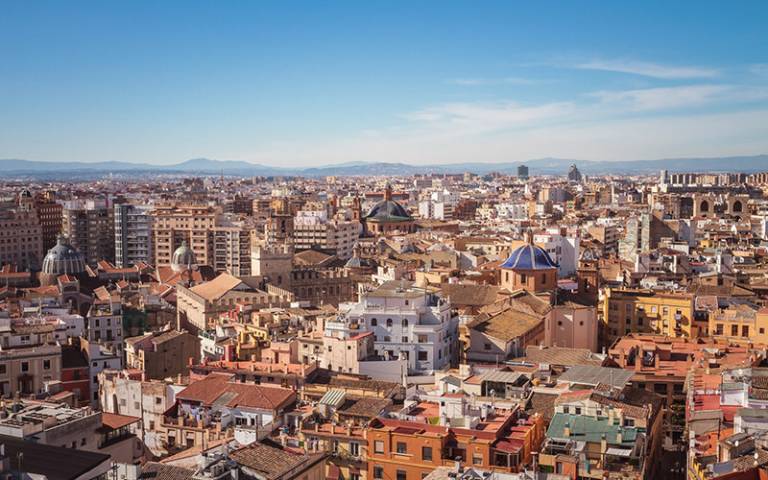 Photo by Jonny James on Unsplash

What is Missions València 2030 and what are the drivers of this case study?

In 2020, the European Commission acknowledged València as one of the most innovative cities in Europe. This recognition was in large part due to Missions València 2030, an Apollo-inspired commitment made by the city in 2019 to contribute to the Sustainable Development Goals and to improve the quality of life for its citizens. Driven by the European Union’s Horizon Europe (2021-2027) program and by its recognition of its own innovation potential, this commitment saw the city of València adopt a mission-oriented approach to innovation.

What approach did Missions València 2030 take?

Mission València 2030 has placed cross-sectoral partnerships and public value at the heart of its program and, in doing so, has come to represent a new relationship between the municipal government and its citizens with the involvement of the entire innovation ecosystem. València’s missions are also effectively aligned with existing municipal, European, and international programs, strengthening their place in the future.

What is the context for Missions València 2030?

València is Spain’s third-largest city and 83% of the city’s residents work in the service economy. As such, the Covid pandemic has hit the city hard, especially its young people: about 25% of employees between the ages of 16 and 25 have been furloughed and an additional 25% are working on part-time contracts. València’s municipal government, however, wants to use innovation to build a strong post-Covid recovery. In evaluating its former approaches to innovation projects, the city collected a number of learnings to guide this process: for example, the city found that former approaches to innovation in València saw limited citizen participation, lacked clear direction, and were heavily sectorally-siloed. Each of these deficiencies could be solved using a mission-oriented approach to innovation.

Practically speaking, a number of factors were important for València in adopting a missions approach. Firstly, Joan Ribó, the city’s mayor since 2015, sought to take advantage of the EU’s Horizon Europe 2021-2027 programme, of which missions occupy a central role. Indeed, he was deeply inspired by the ideas of Mariana Mazzucato and her work with Carlos Moedas while he was Research, Science and Innovation Commissioner at the European Commission. Secondly, València’s municipal government recognized that it could tap into its strong existing foundations. Its universities, technological institutes, innovation ecosystems, and talent pool were already there - they just required a direction and framework. As a result, in 2019 Missions València 2030 was launched. 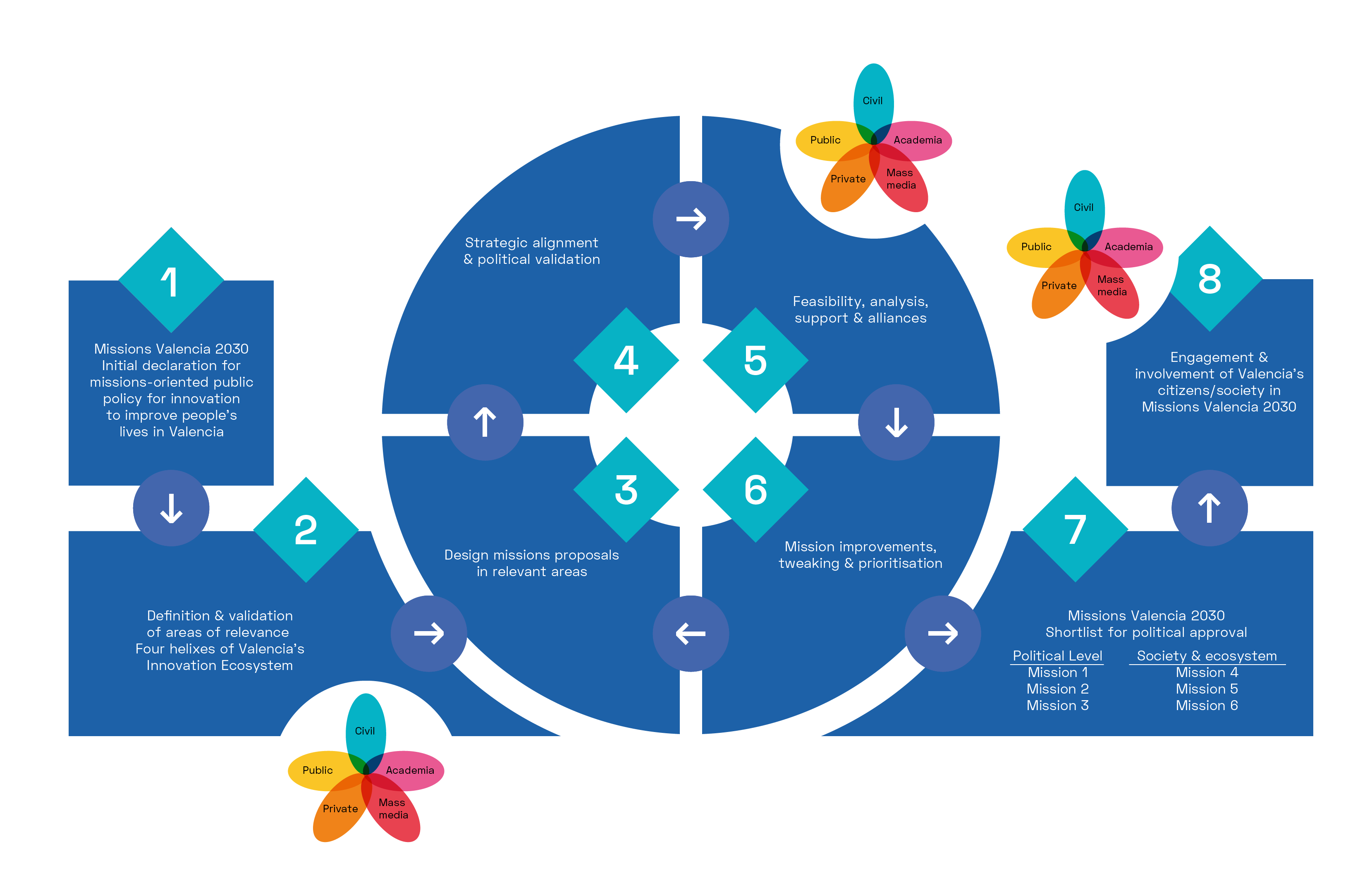 Figure 1: The eight stages that Valencia used to go from engaging with citizens and businesses to politically ratifying missions.

What is the Missions València 2030 approach?

Missions València 2030’s approach consists of eight key stages (see figure 1). Firstly, In March 2019, the València City Council’s Local Government Board approved a proposal which would serve as a preliminary framework document for the Mission València 2030 initiative. The aim of this document was to support the City Council in conducting studies and collecting information. This stage looked at what organizational changes València’s own City Council would have to make to make it fit for purpose in driving a mission-oriented approach to innovation.

The second stage, from April to September 2019, saw a number of workshops and dialogues held with civil society, academia, and businesses to recognize and co-create the key areas of importance for the missions to focus on. This stage helped to deepen their understanding of València's needs for change. As a result of this, twelve areas of focus were chosen and organised in the form of four city models that València could strive towards: (1) Healthy City, (2) Shared City, (3) Entrepreneurial City, and (4) Sustainable City (see figure 2). In parallel, the European Commission also defined 5 areas of relevance for European missions that have been added to the final set of areas on which to focus the city’s missions.

In stages 3-6, València’s mission team built strategic partnerships around these areas of focus: until June 2020, over 50 interviews and meetings were held with more than 600 people involved. Moreover, València’s municipal government also worked diligently to gather political support for the initiative. This ultimately paid off when in May 2020, the city’s local government and its main opposition parties voted heavily in favour of adopting Mission València 2030, with 31 out of 33 votes cast in favour of the project, making Missions València 2030 a decade-long governance model for the city’s innovation activities.

Figure 2: The four city models frame the areas of focus that Missions Valencia 2030 uses to design its missions.

Stages seven and eight, which are currently underway, intend to draft and legislate a repertoire of six missions around selected areas of importance. It is worth underscoring the political decision to draft three missions through the political sphere (as long as there is a broad consensus between government and opposition), and another three missions through participatory selection processes by the citizens of València, which are scheduled to be chosen in the last quarter of 2021.

One mission has been chosen already (see Solution section), with the remaining five expected to be legislated by the end of 2021. Once the missions collect political support, specific research and innovation projects, as well as specified milestones and timelines, are expected to be developed in support of these missions.

In parallel to the mission selection process, Missions València 2030 also includes a process of organisational innovation with the aim of refocusing efforts, building capacities, and making the city of València and its City Council a true testing ground for mission-oriented innovation. 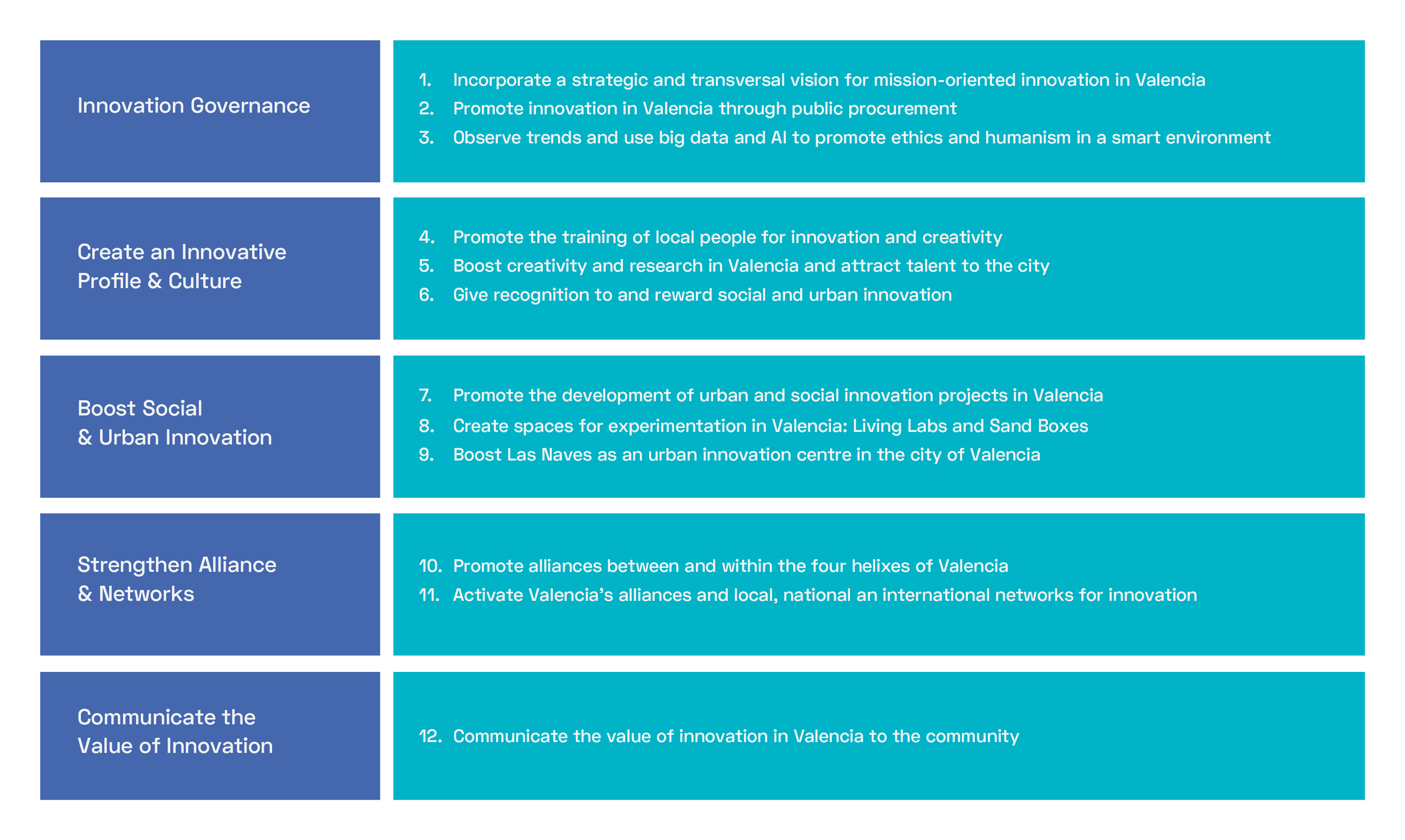 This transformation is driven by five strategies, 12 commitments, and 80 innovation activities that are currently being deployed with 70% of the activities already initiated and aiming to be completed before 2023. The key aspects of this transformation include creating a cross-sectoral and open governance model for innovation, boosting public procurement of innovation, the creation of an innovative culture, the promotion of mission-oriented innovation projects, the constitution of València as a living lab with sandboxes where the ecosystem can test its innovations, the strengthening of local, national and international alliances for greater involvement, and a radical commitment to communicating the social value of innovation (see figure 3).

A quintuple helix approach to missions

With the aim of mobilising innovation projects from the entire ecosystem to build a so-called mission constellation of R&I projects (see figure 4), a membership programme "Missions València 2030 ambassador organisations" has been recently launched. More than 20 organisations (universities, private sector, and civil society) have already joined the initiative. An active communication campaign has been designed to attract citizens, entrepreneurs, and businesses to contribute to València's missions from the city’s innovation ecosystem. 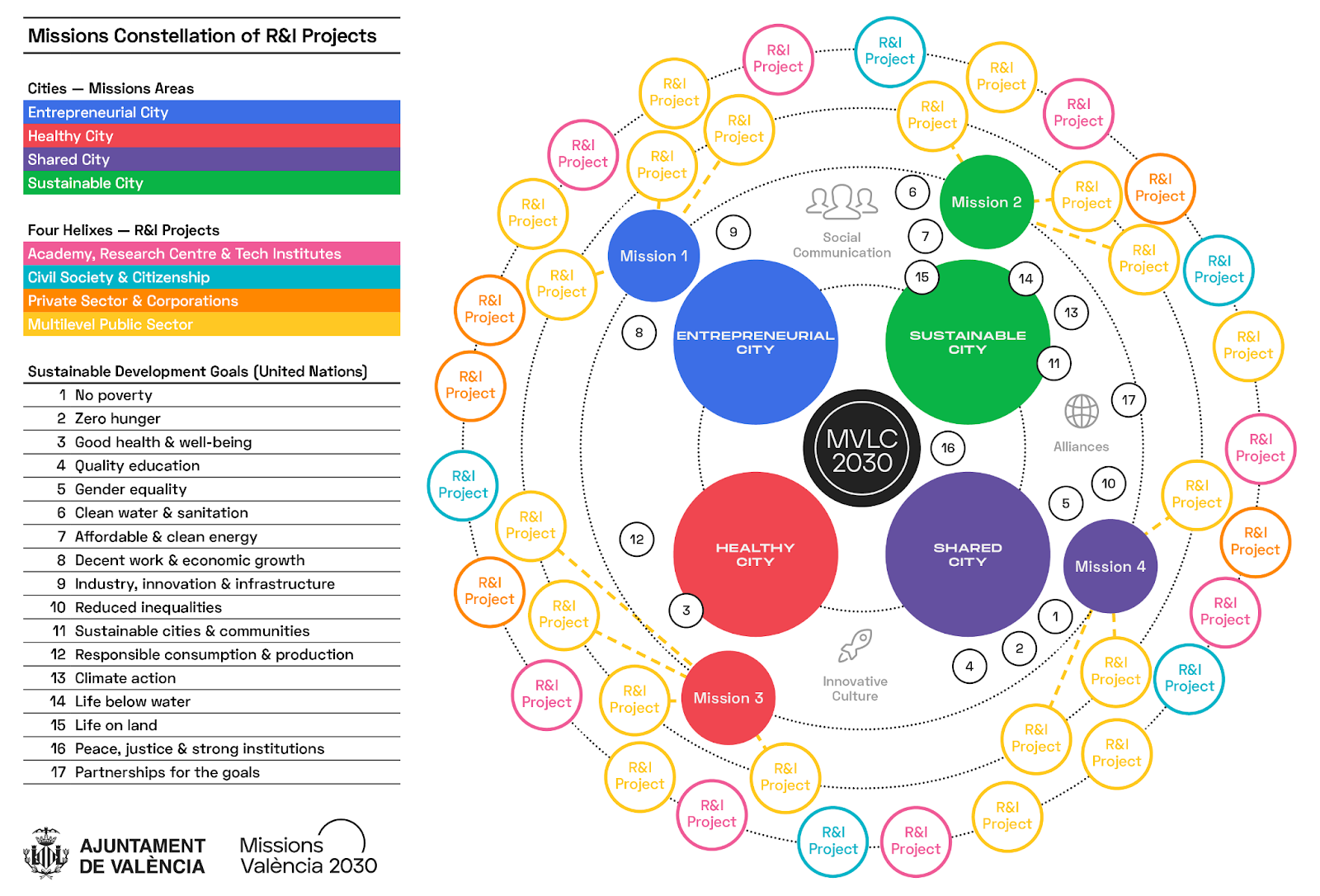 Figure 4: A mission constellation of R&I projects from the entire ecosystem.

Missions València 2030 has focused heavily on involving all 5 helixes of the innovation ecosystem: private sector, public sector, universities, civil society and mass media. València’s City Council recognizes that these multi-sectoral alliances will help the government to better understand the needs of citizens and to reach them accordingly. València’s mission ambassador programme, as well as frameworks to align the different missions - such as Public Innovation Grants (1 million euros per year) and the Public Procurement of Innovation (commitment to reach 5 million euros annual in the period 2021-2024) - are intended to facilitate the engagement of different stakeholders from throughout the city’s innovation ecosystem.

What solutions are emerging as a result of the missions approach?

Around the world, cities cause no less than 72% of total greenhouse gas emissions and most forecasts show that by 2050 85% of Europeans will be living in cities. The ratification of the first of València’s six missions in February 2021, therefore, was cause for celebration. The mission strengthened the city’s pledge to be a fully climate neutral city by 2050:

“At least 3 districts in Valencia become climate neutral by 2030 by and for the citizens.

In its ratification by the City Council, the initiative achieved broad political support from both sides of the political aisle.  In July 2021, València launched a 100,000 Euro innovation challenge prize to meet this mission.

Importantly, València’s climate neutral mission, which is part of its Sustainable City area of focus, falls in line with the European Commission’s own mission adopted in September 2020: “100 climate-neutral cities [in Europe] by 2030 by and for the citizens.” The EU’s umbrella approach has led to accelerated cooperation between different cities in Europe. In January 2021, for example, an initiative led by Ana Hidalgo, the mayor of Paris, saw Joan Ribó sign a declaration that reinstated València’s ambition to limit global warming to 1.5 degrees. This work speaks to Mission València 2030’s success in strategically aligning itself with broader existing frameworks, including the Sustainable Development Goals (SDGs) and the Urban Strategy València 2030, enabling coordination on the municipal, continental, and international level (see figure 5). 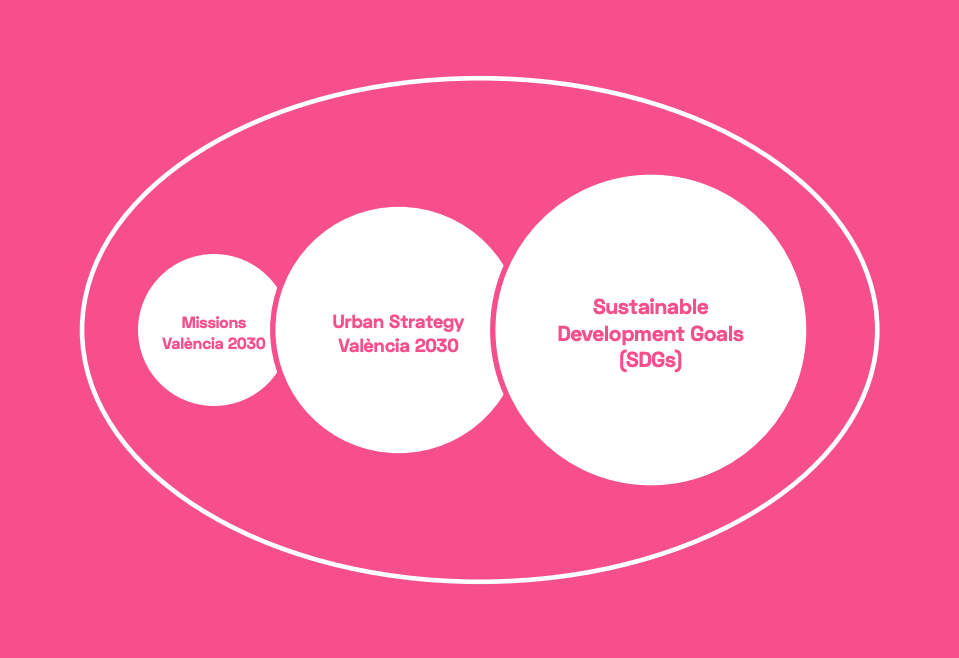 Figure 5: Missions Valencia 2030 is strategically aligned with other existing frameworks.

What challenges does València face in implementing the approach?

Two challenges stand front and center as València drives its missions forward. Firstly, while the city has shown a remarkable propensity to achieve cross-party and multi-level political support for its missions approach, this has slightly slowed down the process. Given the city’s ambitious targets, the slower speed of adoption may risk the achievement of the missions. What is more, political compromise can lead to the dilution of the missions themselves. Having said that, the focus on building robust social and political consensus has thus far justified these risks. Secondly, beyond presenting the quintuple helix model, València’s mission team has not yet developed a fleshed out governance model that can coordinate and sustain the missions. Building cross-sectoral and cross-disciplinary links will be difficult, especially given the fact that existing institutional structures are organized in a siloed and sectoral way. More emphasis in this area will, therefore, be required.

What has the Missions Valencia 2030 Team learned?