The Bartlett’s reputation for high-quality research extends across almost every facet of the built environment. 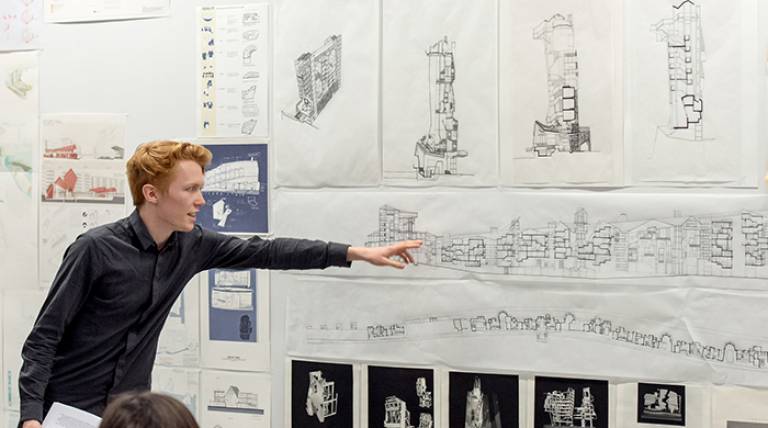 Our faculty offers opportunities to pursue original and significant research, providing support and supervision from the faculty’s own internationally respected body of specialists, and from UCL’s wider community of leading academics.

Please see the list below for some of the current thesis titles from across our departments.

Sophie Read
In, out and again: reading and drawing John Soane’s lectures at the Royal Institution (RI) in 1817 and 1820
Principal supervisor: Professor Jane Rendell

School of Environment, Energy and Resources

George Bennett
Comparisons of the next generation of domestic heating solutions to identify the most appropriate solutions for real world conditions
Principal supervisor: Professor Tadeusz Oreszczyn

Xuebing Wang
The impact to Chinese aviation industry by including it into mitigation schemes
Principal supervisor: Professor Paul Ekins