The Growth Machine Stops? Urban Politics and the Making and Re-making of an Edge City 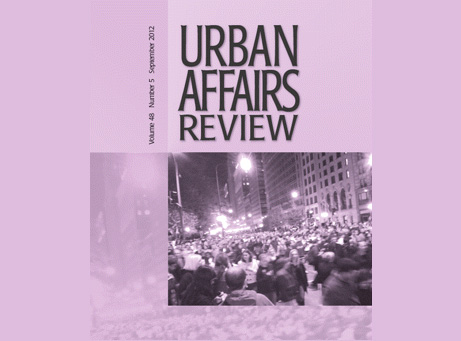 Critical reflections on growth machine and urban regime theory have pointed to the value of integrating these theories of urban politics with the likes of regulation theory. This article attempts such a synthesis with a view to further elaborating theories of urban politics with regard to settlement type and evolution. The scheme presented is prompted by a critical questioning of how the seeming novelty of edge cities can obscure rapid change in settlements that have already passed through several cycles of redevelopment and may have experienced associated shifts in urban politics.

The empirical basis of the article is a case study of Tysons Corner, Virginia—perhaps the archetypal “edge city”—and contemporary deliberations over its future development. An edge city like Tysons Corner has been the focus for the suburban ‘growth machine’ driving the urbanization of the United States but may now be the subject of distinctly postsuburban political dynamics that resemble a developmental regime. In conclusion the author notes both the wider analytical challenges posed by and the policy significance of any such changes in urban politics.