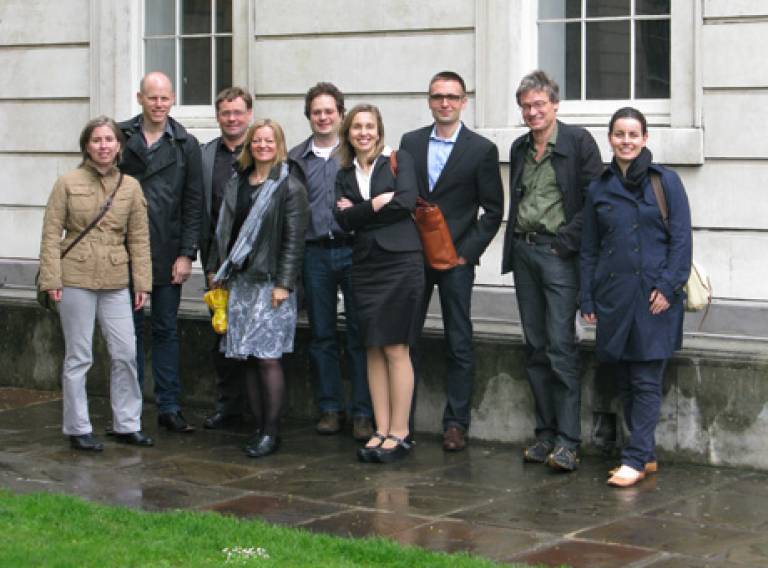 Professor Nick Phelps of the Bartlett School of Planning organised a one day workshop on the 14th May 2012 to discuss the ‘Governance of European suburbs’.

The workshop took place in the Haldane Room UCL and forms part of the work of the Europe research cluster of the 'Global Suburbanisms' Major Collaborative Research Initiative (MCRI) led by Roger Keil at York University and is funded by the Social and Humanities Research Council.  The MCRI project runs from 2010 until 2017 and involves an international network of scholars looking at the process of suburbanisation.

Professors Nick Phelps and Fulong Wu in the Bartlett School of Planning are co-applicants and sub-project coordinators.

Members of the Europe Research cluster are due to present their work in final version at a mid-term conference in Toronto in Autumn 2013.  The work of the Europe research cluster relates closely to the research interests of Nick Phelps on the planning and politics of suburbs and post-suburbs. Nick Phelps has recently completed British Academy research on 'Edge city retrofit' covering the prospects for the reworking of suburban space in the US. He is co-author of Post-suburban Europe (Palgrave-MacMillan), author of An Anatomy of Sprawl (Routledge) and co-editor of International Perspectives on Suburbanisation (Palgrave-MacMillan).