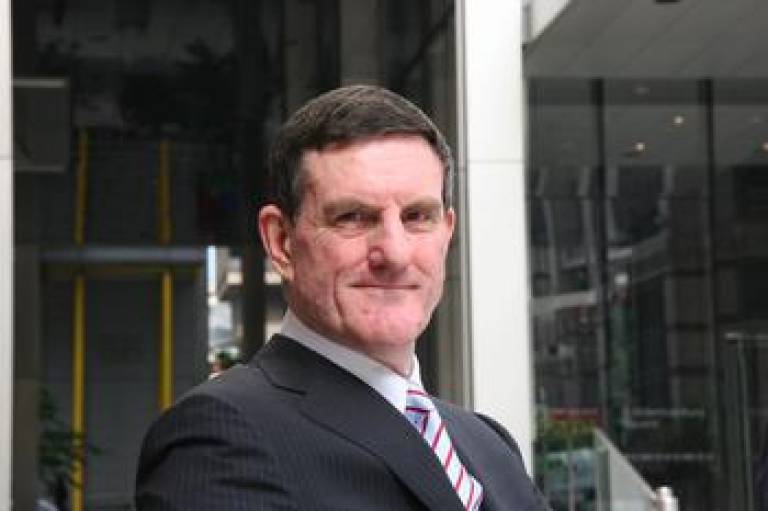 Peter Rees, Professor of Places and Planning at the Bartlett School of Planning, has been made a Commander of the Order of the British Empire in the 2015 New Year’s Honours list for services to services to Architecture and Town Planning.

As City Planning Officer for the City of London, Peter led the planning and regeneration of this world business and financial centre from 1985 to 2014 before taking up a professorship at the Bartlett School of Planning in April 2014.

Peter lectures throughout the world and makes frequent media appearances on urban planning and design topics. He is a founder member and director of the British Council for Offices and received their President’s Award in 2003 for “presiding over one of the most extensive periods of redevelopment in the City’s long history”. In 2012 he was awarded an honorary Fellowship of the Royal Institute of British Architects, for his services to architecture and was the subject of a BBC profile on the “The Culture Show”.

In 2013 Peter delivered the opening presentations at the CTBUH International Conference, “Height and Heritage”, held in the City of London and at the IACIE Convention in Tel Aviv. He received the 2013 Estates Gazette Award for the Outstanding Contribution to Property, is included in “The Debrett’s 500” list of the most inspiring and influential people in Britain today and holds Honorary Membership of the Architectural Association.

Michele Dix, Visiting Professor at the Bartlett School of Planning and Managing Director of Planning for Transport for London, was also recognised with a CBE in the New Year's Honours list for her services to the transport industry.