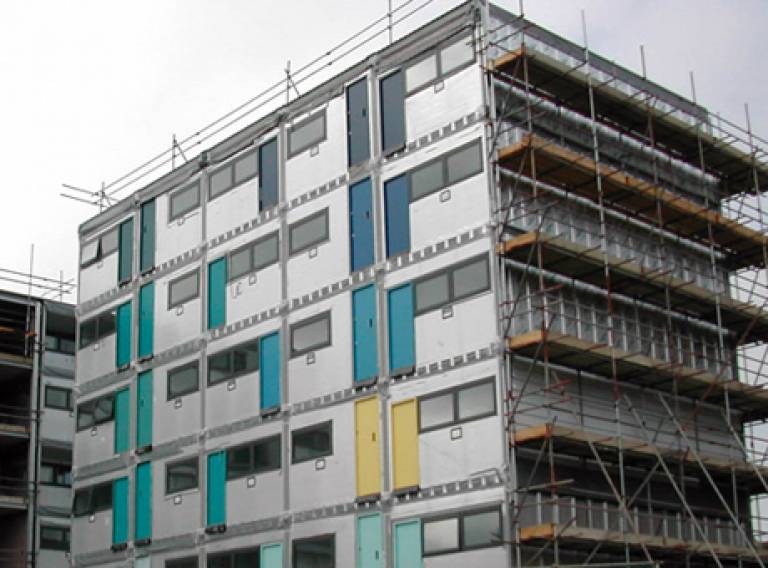 Coalition plans to bolster housing delivery and meet the housing needs of a burgeoning population will only work if developers want to build houses and communities, strongly opposed to new housing, are won over by the incentives.

The Government’s data show a steep decline in new house building associated with the financial crash and consequent economic slowdown. In response to this decline Planning Minister Nick Boles yesterday announced that Neighbourhoods that draw up a neighbourhood development plan, and get it adopted by securing the consent of a majority of local people in a referendum, will receive 25% of the revenues from the Community Infrastructure Levy (CIL) arising from the new development that they have chosen to accept in their plan.

The CIL incentive, whilst clearly fitting into the wider localism agenda of the government, attempting to bolster local control of spending and incentivise the production of the flagship neighbourhood plans, is also a sign of increasing desperation on the part of government around how to react to our housing crisis.

What’s more the initiative is unlikely to make much difference because the number of neighbourhood plans close to adoption is tiny, and because many communities in the prosperous South-East remain viscerally opposed to new housing. They are likely to see this as a ‘bribe’ but not one sufficiently large to overturn their opposition. Research by one of my Masters students, Dan Evans, last summer found that often, whilst local communities can appreciate in theory the link between new house building and the ability to support and fund new services and community facilities, in practice they often still revert to a less ‘rational’ form of place-protective action.

This new initiative is in addition to the existing ‘New Homes Bonus’ announced in late 2010. Under this scheme a central government grant, approximately matching the additional revenue raised through council tax for six years, is paid to local authorities for every new home built and brought into use. Nearly £1.3 billion has now been committed through the scheme. However, an analysis by the Local Government Association from September 2012 showed local authorities had granted planning permission for 399,816 residential dwellings which developers had yet to build. So you can incentivise local authorities but you need developers to do the building.

The previous Labour government sought to increase housebuilding through targets, most notably associated with the politically controversial Regional Spatial Strategies. Although far from perfect, these at least attempted to take a comprehensive national view about where we needed housing, and take a joined-up approach to delivering this. The Coalition government quickly abolished these on their election but have failed to replace it with a clear housebuilding strategy.

The Government’s own statistics show 114,160 new homes were completed in 2011, far below the apparent 250,000 new homes per year required to meet need. The November 2012 Housing Report from Shelter, the Chartered Institute of Housing and the National Housing Federation argues that “recent announcements focussing on boosting supply have yet to have an effect on the market”.

The Government likes to suggest that Labour’s target-led approach didn’t work, and highlight that “From 2009 to 2010, only 115,000 new-builds were completed in England – fewer than any year in peace time since the 1920s”, yet prior to that, the figures under Labour were better with 176,650 houses were built in England in 2007, for example.

Blaming the planning system and tinkering with incentives for neighbourhood planning won’t solve this crisis. One way to boost house building would be to stimulate our economy, something the Chancellor seems to be struggling with.

Interestingly, taking a long-term view of house-building data, we can see many of the years when the rate of creation of new homes was at its greatest – it was above 300,000 units per year throughout the late 1960s – were the years when local authorities were building the most. In 2011, local authorities in England built 2, 230 new homes. In 1977, it was 115,840. Last November, the LGA published a report stating that “councils would be able to build 60,000 new homes over the next five years if Government gave local authorities more discretion over borrowing for housing.” An increase in public sector house building is clearly another way to tackle this crisis, but one the government are unlikely to agree to.

N.b. The Bartlett School of Planning is launching a new Master’s degree in Housing Development, recruiting now for September 2013 entry.