Project X is a roaring success 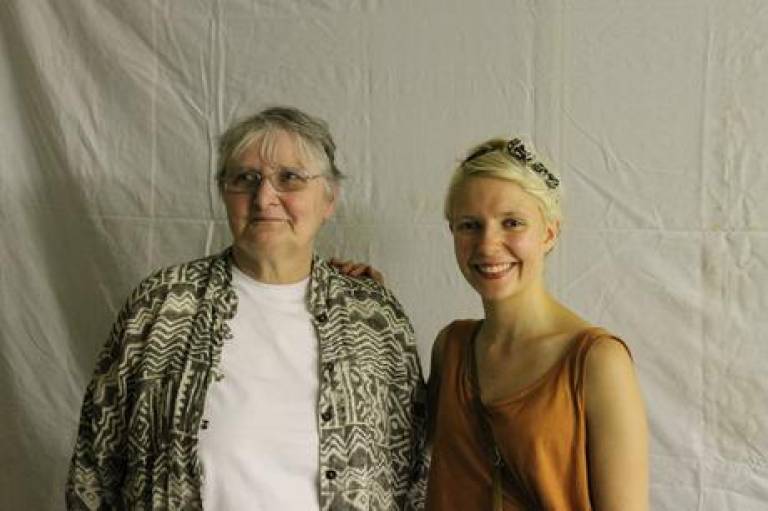 BSP student Tuuli Manninen, a second year undergraduate on the BSc Urban Studies, has successfully completed and screened a project exploring the relationship between the built environment and identity - focusing on the residents of Southwyck House in Brixton.   Project X is designed as an opportunity for students to explore a topic area which isn't otherwise covered in any of the core or elective modules of the programme, but one which very few students have managed to take so far.  This is due to the fact that the work proposed has to be carefully formulated and gain the prior approval of a project supervisor.  When asked why she chose the project brief she did Tuuli said "I live in Brixton and had been working with a local community interest arts organisation CIC, which has a venue across the road from the estate.  This got me interested in the monolithic building and it's seemingly out-of-reach residents. My interest increased after hearing about the building's history as a planning failure, which explained the strange architecture corresponding to the planned but never realised passing motorway".

On the 11th July Tuuli was given a unique opportunity to present her work to the department when she screened her project video to about thirty BSP staff and students and also held a Q+A session afterwards, which proved to be very engaging and successful. One of the guests described Tuuli's film as " really wonderful and very engaging. The response was overwhelmingly positive".  Tuuli also held a successful screening of the project in the Southwyck Estate itself, which was not only attended by residents but the estate's original architect, Magda Borowiecka (pictured above on the left). This proved to be a momentous occasion given that she had never seen the building before.

Tuuli was particularly interested in exploring the multiple realities of a place viewed from the various perspectives of individual residents.  Instead of focusing on statistics and facts her research centered around the residents memories and perceptions of life on the estate.  Tuuli went on to explain that "the most challenging part of the project was negotiating issues of confidentiality and heath and safety, but also finding a balance between an open-ended participatory process and pre-set research questions.  The process of gaining the trust [of the residents] was often a long one but the results of the recorded interviews show it was important".

Tuuli hails from Helsinki, Finland and has a background in art performance and installation.  Her interest in public space led her to pursuing further study about the theoretical perspective in urban life and the built environment.

The BSP wishes her many congratulations and continued success on her degree.