Gaultiero Bonvino, a PhD Researcher at The Bartlett School of Planning, has published a new book entitled Una Capitale sul Mare in Italy. 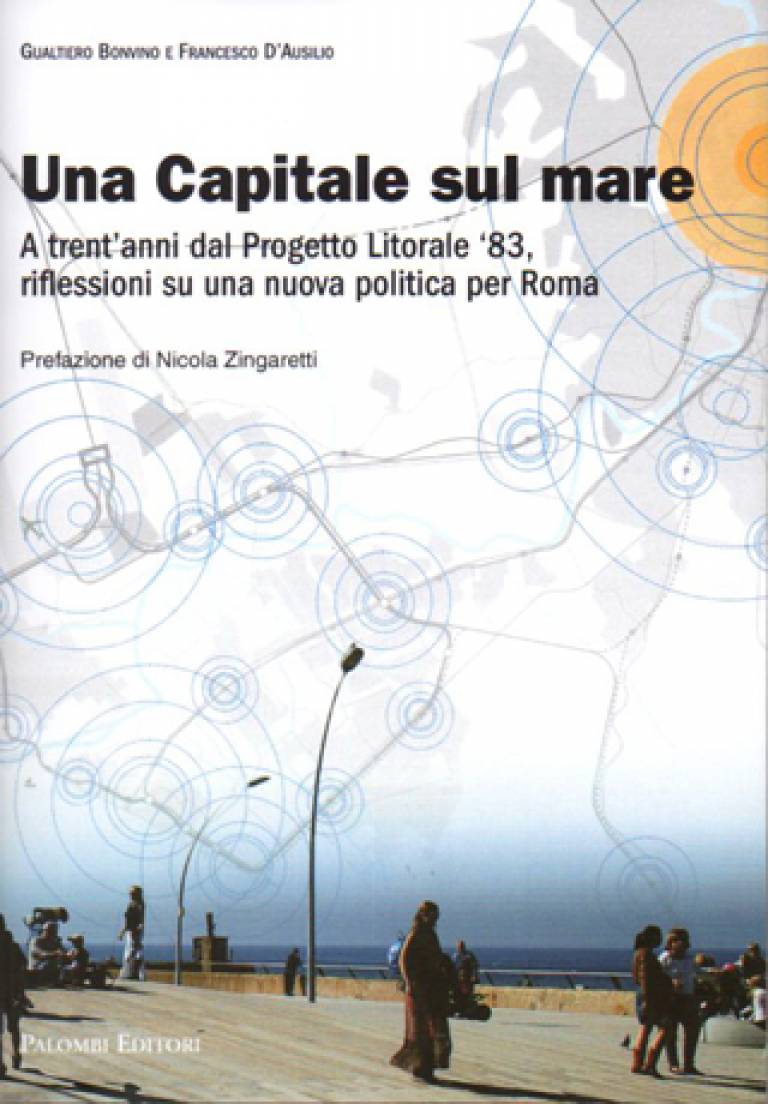 The book is a joint project with co-author Francesco D’Ausilio, is an Italian politician of the Democratic Party.

The book focuses on a development vision for Rome, especially in relationship with the sea and the Mediterranean in its cultural, economic, and geopolitical dimensions and challenges. Rome is a city so rich in history and heritage to be almost trapped in the past and therefore the projection to the future makes this book unique.  This area was until now shamefully treated by policies as an ordinary suburb without any strategic thought, without solving the transport infrastructure gap or its urban regeneration needs. Considering all these factors the book inevitably starts with a mainly political review of the last 30 years of urban policies, the analysis of the actual situation of the city and of the study area. It goes on to provide a toolbox for new policies, not new for academics but extremely relevant for Rome, which includes topics as smart growth, TOD, sustainability and urban quality principles, along with their funding and governance implications.

It sets a vision which uses transport improvements as a driver for urban development and regeneration both at the macro-regional scale (using the already planned airport improvement which is in the book presented as a potential “glocal Mediterranean super-hub”) and at the local scale (using sustainable transport policies) together with “soft infrastructure” development. The main idea is that by integrating the periphery it is possible to build a new hierarchy of centres in the South Europe and Mediterranean macro-region (increasingly the European periphery) and undeniably in Rome’s outskirts.  The book ends with a visioning exercise, a story from the future, which helps visualising the impact of the suggested vision on everyday life. Even if the book is mainly targeted to expert stakeholders and decision makers, this final fictional approach helps to make it more approachable for the local community at large, with the goal of opening a wider debate on possible futures for the city. The potential outcome of this debate in terms of policies will hopefully increase the relevance of the book in the future and ultimately it may open the possibility for a revised English edition.

Gualtiero Bonvino is an Italian architect and planner with more than twelve years experience first at CRESME (Rome), a leading Italian research centre on territorial, social, economic and market research and then at Jones Lang LaSalle (Milan) in the Development and Regeneration Advisory Team. He now works as a freelance consultant in London whilst also studying for a PhD on land use and transport integration.