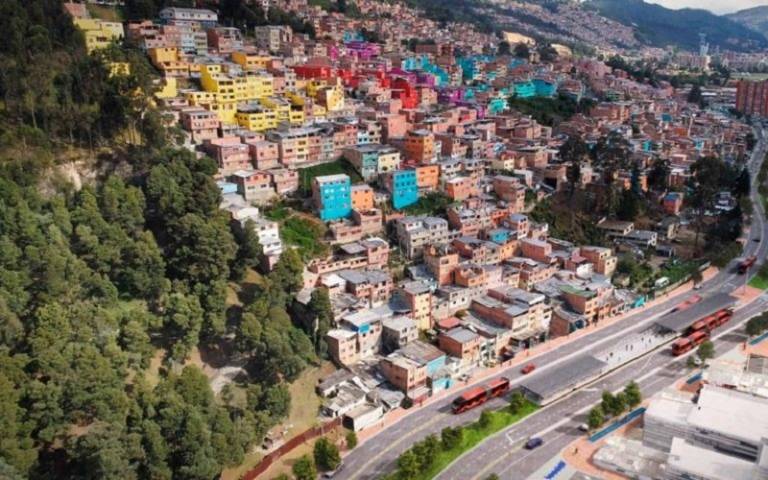 Bogotá, as many other Latin-American cities, has suffered a rapid and uncontrolled urbanization process, leading to inequality, insecurity and a housing crisis. But how has the city responded to these problems? These socioeconomic conditions have been a big challenge for urban designers and planners, and the city of Bogota has shown to be a pioneer in having innovative and successful solutions among the fields of urban design, transportation and public space in the last decade.

Camilo Santamaría has been the head urban designer for many of Bogota’s most important urban projects, working side by side with the Mayor’s Office. In this talk, Mr. Santamaria will illustrate how urban design, public space and transport can be catalysts of change, by presenting some of Bogotá’s urban initiatives in the last decade: the Metrocable, the public space design along the BRT, and the urban impact of large-scale peripheric cities, such as Ciudad Verde.

Pablo Sendra, program director of MSc Urban Design and City Planning at The Bartlett School of Planning will serve as the chair and discussant for the event.

Drinks and food will be provided after the event.

Mr. Santamaria is an architect and urban designer, with studies at University of Los Andes, Pratt Institude of New York, and University College London. He is the founder and director of Camilo Santamaria Arquitectura y Urbanismo and is globally known for his innovative and successful urban projects in Colombia.

For the last 30 years, Camilo has earned an outstanding reputation for his urban design projects in Colombia. Some of his large-scale, mixed-use developments include “Ciudad Verde” Proposal (328 ha), “Ciudad Sabana” (17,2 ha), and Riomar Barranquilla (708 Ha). He also has works among public transportation proposals, such as his involvement in the project for Bogota’s Metro, the Public Space along the Bus Rapid Transit System (BRT) and the Metrocable for Bogota.

Furthermore, Mr. Santamaria has experience and research on the design of public realm. He has involved in the design of the Tercer Milenio Park (16 Ha), which was awarded with the 2006 Architecture National Prize on Urban Design, in Bogota’s Transport Strategy and Mobility Plan, and in the city's Public Parking Masterplan. He has worked with Bogota’s Mayor's Office in various occasions, alongside Enrique Peñalosa.

Architect and urban designer; served as as Deputy Director for five years (2012-2017) at the Heritage Institute of Bogota, leading the implementation of revitalisation and management plans for the City historic / traditional centre and other areas of cultural value. This work involved negotiation with multiple-level actors and received recognition by UN-Habitat (2014) and the Gubbio Award (2015) for its comprehensive approach to urban design and heritage management.