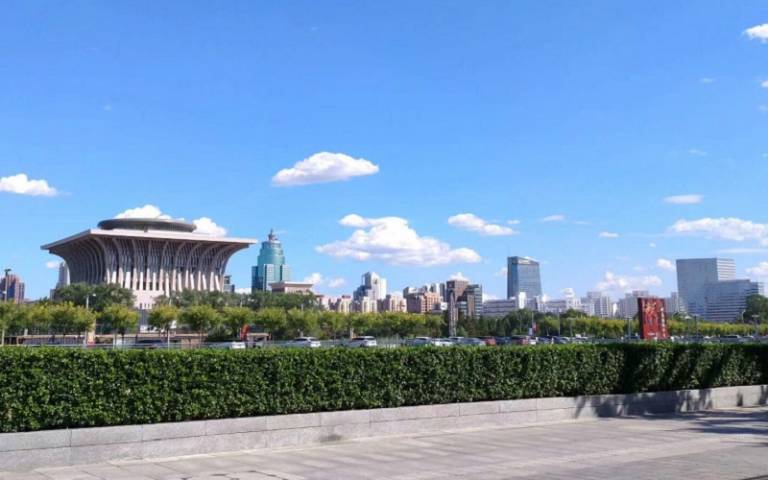 This China Planning Research Group seminar will be chaired Chaired by Professor Mike Raco (The Bartlett School of Planning, UCL) and will consist of two presentations.

Speaker bio: Dr. Canfei He is a Cheung Kong professor and the Dean of the College of Urban and Environmental Sciences at Peking University (PKU). Professor He earned his Ph.D. degree in geography from Arizona State University in 2001. He was a visiting assistant professor at the University of Memphis during 2001-2003. Dr. He is the deputy director of the Peking University–Lincoln Institute Center for Urban Development and Land Policy. He is the associate editor of three Chinese journals including World Regional Geography, Geographical Research and Tropical Geography and is on the editorial board of several international journals, including Applied Geography, Geographical Journal, Eurasian Geography and Economics, Growth and Change, Area Development and Policy and Asian Geographers. Dr. He’s research interests include industrial geography, urban and regional development, and environmental economic geography in China. Dr. He has published widely in international journals. He is also the lead guest editor of several special issues for Growth and Change (2016), Geojournal(2016), and Small Business Economics (2018). He was granted the Outstanding Young Scientist Award by National Natural Science Foundation of China in 2014 and was entitled the Cheung Kong professorship in 2016 by the Ministry of Education in China. He was listed by Elsevier as one of the most cited researchers in mainland China (social sciences), for four consecutive years (2015-2018).

Abstract:  Abstract: Taking a developmental perspective, the presenter will give a comprehensive overview of the urban housing development and challenges in China. China completed a transition of urban housing provision to the market in 1998. This was followed by a government economic policy in 2003 that promoted the real estate sector as one of the pillar industries of the national economy. The policy triggered a rapid growth of housing markets and prices that lasted from 2004 to 2014—known as the golden period. In recent years, while housing demand in the most vibrant major cities remains strong and the prices continue to grow, demand in most other cities have cooled down significantly. The rapid increases of housing prices in the most vibrant cities have widened the wealth inequalities between homeowners and those who do not own a housing unit. Dr. Liu will discuss the factors that contributed to the “golden period” of housing market growth—including economic policy, land policy, municipal finance, and affordable housing programs. While China’s growth-oriented housing policy has contributed to the significant improvement of housing conditions for the majority of the urban population, it has also resulted in a number of unintended economic, financial, and social consequences. Housing the migrant households and the new families will remain a major challenge for the near future. As the conditions that made the golden period possible has faded away, a new housing policy framework must be put in place to set the housing sector development back on a healthy, sustainable, demand-responsive track.

Speaker bio: Dr. Zhi Liu is Senior Research Fellow and China Program Director with the Lincoln Institute of Land Policy and Director of Peking University – Lincoln Institute Center for Urban Development and Land Policy. He had been with the World Bank for 18 years, where he managed a number of investment lending projects and economic sector studies in the infrastructure and urban sectors in a number of developing countries. His areas of research interests include infrastructure financing, municipal finance, land policy, housing policy, and transport economics. He holds a Ph.D. in Urban Planning from Harvard University. He serves as a member of Expert Committee for China’s 13th Five-Year National Socio-Economic Development Plan.