We caught up with Jo-Anne Bichard, who graduated from the School of Graduate Studies in 2015. 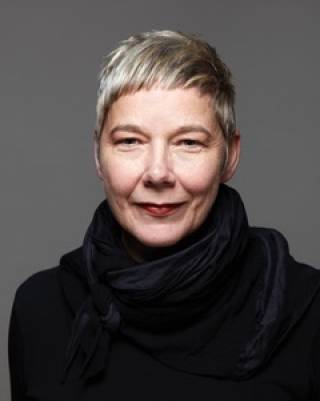 I'm a Design Anthropologist and Senior Research Fellow at the Helen Hamlyn Centre for Design, based at the Royal College of Art. At the moment I am also currently seconded as an Associate Professor and Deputy Head of School (Research) to the School of Architecture and Design at University of Brighton.

My roles involve working with architects and designers, from students to fellow professors, in planning and undertaking projects that involve users in inclusive and people-centred design.

Bartlett Department and year of graduation:

I graduated in 2015, after quite a long time as I undertook the PhD part time.

What project are you currently working on?

I am currently working on a number of projects that include:

The Great British Public Toilet Map was developed from a project with foundations in my PhD and work at the Bartlett. The research directly involved users and providers and initially focused on the space of facilities. However, our participants were quick to point out that a more pressing need was information about toilet provision (users finding correct information and providers updating information).

Our solution was a digital information source to help navigate the built environment and so The Great British Public Toilet Map was born.

The map has been running since 2011 and is in its second phase. It has received a number of awards and citations but we (myself and my research partner Gail Ramster) were especially proud to be runners up in the Economic and Social Research Council's 2016 'Outstanding Impact to Society' awards. The third phase of the map is developing a smart phone app that we hope to launch later this year.

I continue my toilets research through committee work for the British Standards Institute on the design of facilities for able and disabled populations.

I am currently exploring what design features may need to be enhanced for people with Alzheimer’s to successfully find, use and exit publicly accessible toilet provision.

A distressing toilet experience can often put people off leaving the home, especially if they are already feeling vulnerable due to mild cognitive impairment, therefore I feel this issue is essential for home and community based care to succeed.

But my research also extends into wider areas of built environment.

Our Future Foyle is a community collaborative project based in Derry / Londonderry, Northern Ireland. We have been using architectural interventions to explore community perceptions of wellbeing especially around the River Foyle.

My interest in wellbeing in the built environment is also exploring dog mess and how we might manage it from a community and neighbourhood perspective. Given that dog ownership can combat loneliness and therefore has many benefits for vulnerable people, how might we address the issue of dog mess for those who may not be physically able to pick up after their dog? In the mean time also addressing the anti-social element of those who can but choose not to 'bag it and bin it'...

I am also currently a supervisor on an EU funded project called ArcInTex that is practice-based research in architecture, textiles and design interactions that is investigating new expressions of sustainable living in an age of technological innovations. It is primarily focused in the design of adaptive and responsive environments that connect the scales of the body, the interior and the building.

What working achievement are you most proud of?

That's a difficult one as there are two achievements I am proud of for two different reasons.

Firstly there is the success Gail and I have had from creating something useful from our design research namely, The Great British Public Toilet Map. This really comes to light from the letters and emails we receive from members of the public who have used it and found it helpful. Seeing research turn into a practical output that benefits people’s use of the built environment is very rewarding.

However, my second achievement, from a deeply personal perspective was receiving my PhD. I left school with very few qualifications and returned to education in my early 30s. Having gained my BSc at Goldsmiths and my MSc at Imperial, the PhD did seem the next step but I put it off for as long as possible - just through fear, I really didn’t think I could do it (and a couple of times nearly didn't). So completing the PhD was quite a personal achievement for me. Thankfully I had a patient, encouraging and understanding supervisor in Julienne Hanson.

How do you feel about being nominated as a role model?

I feel incredibly honoured. I've always found great encouragement from women whom I've admired so I know it's an important role and can be very helpful for people. Although I am also slightly bemused as I don't know if I would describe myself as a 'good' role model.

As a social/design anthropologist working with architects and designers, I've always felt one of my key roles is to help clarify the wider cultural themes the design is also addressing - especially for vulnerable people, so I've sometimes questioned the solutions that have been proposed... maybe not quite as diplomatically as I could have.

However, I do consider myself incredibly lucky to not only work directly with users and hear about their experiences, both positive and negative, with design, but also to work with such creative and amazing people who really do come up with the most amazing solutions to meet many people’s needs.

How would you describe your journey to your current role?

I would describe my journey as pretty amazing. I left school at 16 with barely any qualifications, and after a spell training as an auctioneer I went to work in record shops in the UK and US. By the age of 33 I decided I wanted to study and enrolled as a social anthropology undergrad.

It was during my final year that I developed an interest in people's use of space through an ethnographic study of a Turkish Bath. I was also interested in visual culture and after graduating I was employed by my undergrad supervisor as a research assistant on a project looking at the meanings of MRI and PET Brain Scans for mental health survivors.

Based on my experience of working with vulnerable populations and my undergrad ethnographic study of the public baths, which had given me a foundation in women’s use of space and notions of cleanliness and dirt, I secured a position at the Bartlett School of Graduate Studies working on The Inclusive Design of Public Toilets in City Centres project and (eventually) enrolling for the PhD.

When the toilets research ended I moved onto the Helen Hamlyn Centre for Design (HHCD) at the Royal College of Art. The HHCD, as a research centre, gave me the opportunity to expand my work, not only collaborating with architects but also product, interaction, communication and service designers.

This has really grounded my perspective that to get the architecture right, the other design elements also have to be right. If the product and service in the structure fails - the environment fails - especially for people who have restricted mobility. So I believe it is not only collaboration with users, but also between design disciplines that ultimately makes good architecture and design.

When I started working at the Bartlett it was quite unusual to have a social anthropologist in design schools, now it is commonplace and with it there has emerged the sub discipline of design anthropology. It has been fascinating to engage with other anthropologists working in design. I go back to my original department at Goldsmiths every year to talk to new students about the possibilities for anthropologists to work in design.

I am now on secondment at the new School of Architecture and Design at the University of Brighton. I'm really enjoying being back in a teaching school, and very excited to be there at the start of a new school of Architecture and Design. I am hoping that having student architects and designers learning together will help foster greater collaboration with each other as well as users.

What motivated you to complete a PhD at the Bartlett?

I had been encouraged to do a PhD a number of times at different schools, ironically one in design, and another in medical anthropology, but I wanted to make sure I was really interested in a project before I embarked on the programme. I'll admit I was also a bit scared - I really didn't think I could.

Once I began working at the Bartlett on the toilets project - it all fell into place and it seemed the logical next step. Plus, I really liked the school and the the staff and fellow students there. I can't deny that I was also attracted to the Bartlett as it was at UCL and based in London. As a born and bred Londoner, I didn’t want to move and I felt UCL complemented my two other degrees from Goldsmiths and Imperial - it was the set!

It was great to be in the Bartlett, part of UCL, in the heart of London with access to some of the best minds and libraries in the world. So for me, a PhD at the Bartlett was the perfect choice.

How did studying at the Bartlett help to shape your career?

Coming to the Bartlett and being encouraged to undertake my PhD there really was the beginning of an incredible journey that has taken me all over the world - albeit the world’s toilets!

I will always hold incredibly fond memories of the Bartlett, and still keep in touch with former colleagues and fellow students. Also, it's always interesting when travelling both nationally and internationally, to meet other Bartlett Alumni, it instantly forms a common bond.

What advice would you give to current Bartlett PhD students?

When I started my PhD one of my colleagues, Joanna Saxon, said 'there will be tears', I sort of shrugged it off but she was right.

There were times the learning verged on being painful and I have a clear memory of coming back from one supervisory meeting lying on my bed, bursting into tears and just wanting to quit. But once the emotion was released, I went back to my data - reorganised it (as suggested by my supervisor - there was a lot of data to reorganise, hence the tears) and before I knew it I was fully engaged in the work again.

So my most important piece of advice is to stick with it - we all go through it - in fact the pain and confusion is an important part of the process. I would also remind students that there may be painful edits, sometimes you just can't get it all in there (I know I tried!) and you just have to edit. I always say to my students, make the cut and save it for the post doc...

I would also advise students to enjoy the PhD, those moments when you are completely lost in your work, unaware of time and place - those really are special moments, and enjoy the Viva. I enjoyed mine so much and we became so engaged in the conversation the examiners didn't tell me if I had passed - I had...

Find out more about programmes at The Bartlett.